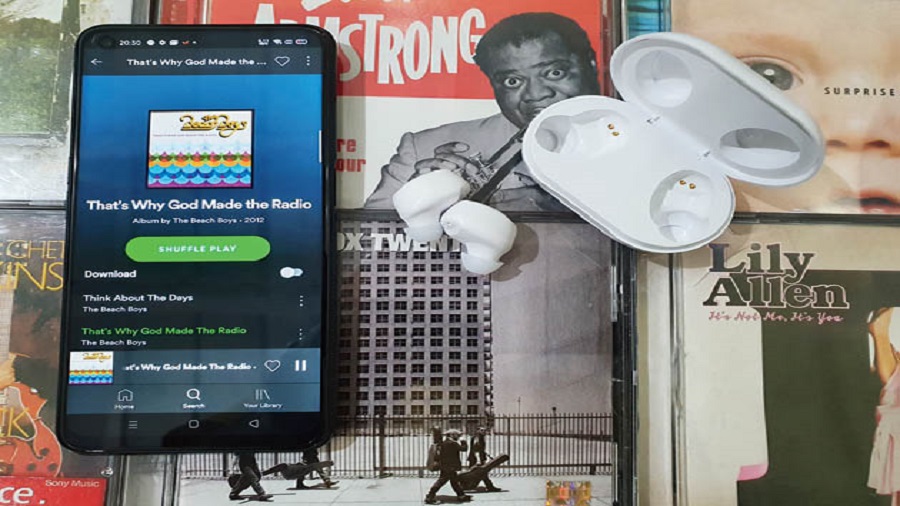 A few months ago, everyone thought true wireless headphones make a great companion when travelling. We are certainly not travelling but wireless earbuds are doing brisk business. It’s about quality, voice quality and comfort. On one end of the spectrum are the likes of Apple, Samsung, Sony and Jabra. But we haven’t come across a set of earbuds that’s perfect at everything. Then there are inexpensive options. There are options that take care of our basic needs. And latter is no way bad.

The Oppo Enco W11 true wireless headphones don’t cut back on style factor or practical elements. Design-wise, there are zero complains as the device comes in a glossy white, pebble-shaped case which is not a smudge magnet and at the same time slips into the pocket easily. Working in favour of the device is the Type-C charging port, which is helpful. Most smartphones out there have
Type-C charging ports and the same cable can be used to power up the W11.

The earbuds are not heavy or big, ensuring a snug fit. This also means, the earbuds don’t stick out of one’s ears and the user certainly can’t shake it out easily! It’s important to get a good seal, especially on buds that are not competing with the likes of Sony or Samsung. There is also an extra set of earbud tips in the box. The snug fit on the W11 minimises sound leakage, especially when the bass needs pumping up.

Oppo has thrown in touch controls, using which you can skip/rewind/pause tracks or increase/decrease volume. Very helpful. We managed to stream a couple of albums, from Shawn Mendes to Beach Boys. Yes, that’s quite a range. The good news: There was no discomfort wearing the earbuds for a few hours. And the not-so-good news?

The earbuds come with 8mm dynamic drivers and support AAC and SBC codecs. These ensure most of the basic sound stamps are retained but we are obviously missing LDAC or APTX. Here’s the deal: These are inexpensive earbuds and one can’t really expect such codecs.

The problem. A track like Senorita or Selena Gomez’s Rare sounds good with just about enough bass. Then there is the Beach Boys’ album That’s Why God Made The Radio on which sounds have several layers and intricacies. Not all of them get captured. These are obviously not for Bach or Beethoven compositions!

How about audio calls? It’s fairly good. Standing on the balcony we were able to have a conversation without the background noise of vehicles being too much of a bother. And the IP55 dust and water resistant rating can make the user breathe easy because sweat or rain wouldn’t damage the device.

With five hours of playback on a single charge (20 hours of playback with charging case), this is good stuff. The W11 certainly takes competition to Realme Buds Air Neo, which is a few hundred bucks costlier. For everyday use in the gym or some casual music playback, the Oppo Enco W11 offers value for money.

Temperature protection has been enhanced using 10 newly-added temperature sensors, which are in addition to the existing four sensors (three on the phone and one on the charger). These sensors are installed in the battery tabs, BTB, and power supply motherboard junctions to monitor charging status in real-time. It ensures the maximum temperature of the mobile phone body never exceeds 40 degree Celsius during the charging process and the screen turned off.