Most astronomers had not expected to see a black hole in their lifetimes. Aswin Sekhar tries to put the much-discussed photo in perspective 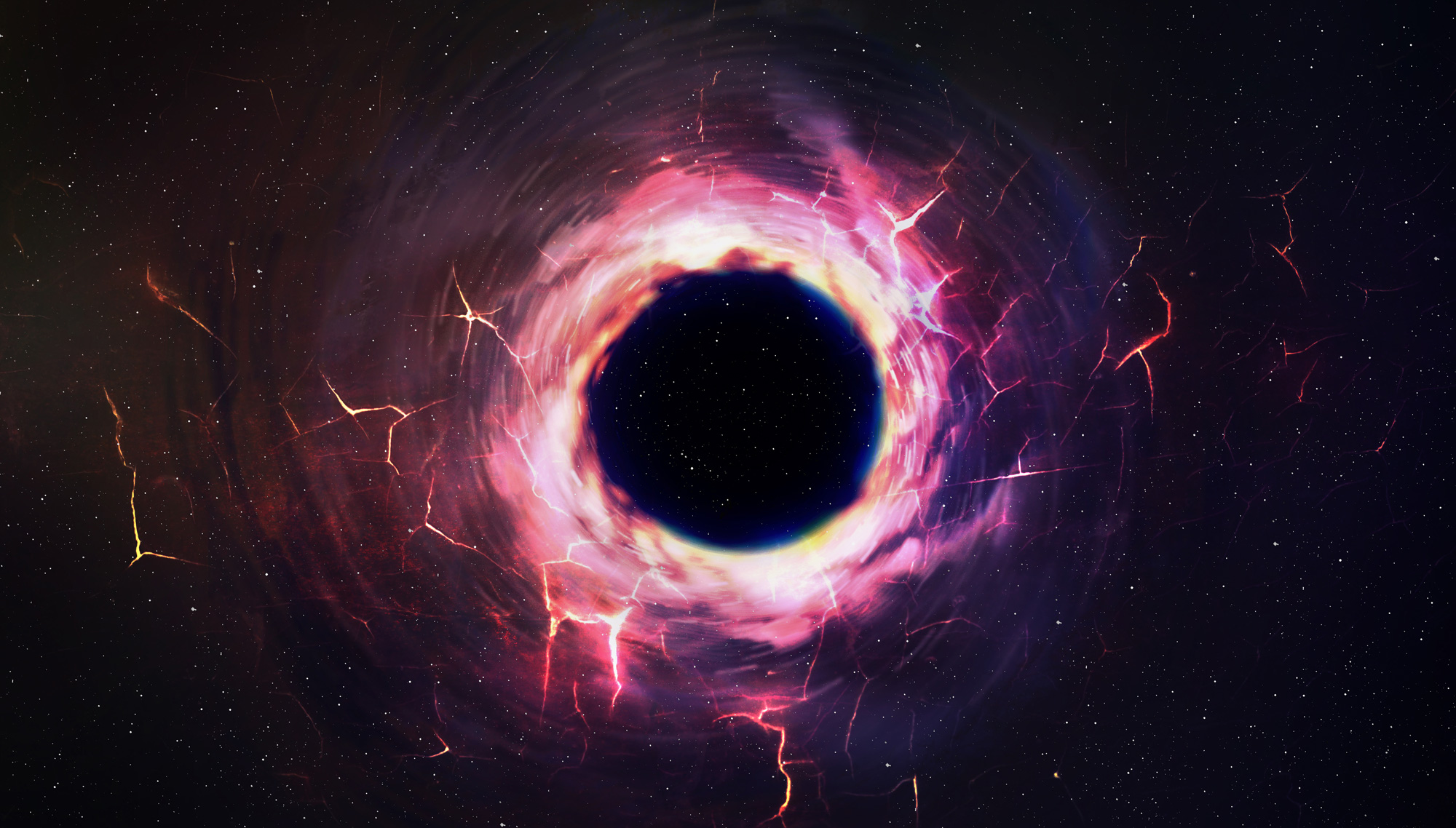 Black holes got even the great Albert Einstein rattled. The physicist was stumped when his equations predicted the existence of singularity in the densest objects in the universe. Singularity in physics is the point where density is infinity, volume is zero and gravity is infinity. As Nobel laureate Kip Thorne said, “This [singularity] is the place where even the laws of physics break down!” Even light cannot escape the gravitational pull of black holes, making these celestial objects both fascinating and frustrating to study.

Till recently we had seen only abstract visualisations of a black hole from artists. Now, thanks to the Event Horizon Telescope (EHT), we have an image of the real thing — a supermassive black hole at the centre of Messier 87 (M87) galaxy, 50 million light years away.

“It is fantastic to be able to take a close-up picture of a black hole. What the EHT has achieved is incredible,” says Edward Witten, maths and theoretical physics pioneer at the Institute of Advanced Study in Princeton, US.

Einstein’s general theory of relativity weaved in both space and time to create a smooth fabric of space-time continuum. Mass was conceived as ripples (or curvature) on this space-time fabric. When the mass tends to infinity and volume tends to zero, the supermassive object warps space-time in such a way that even light cannot escape. This is the fundamental science that underlies black holes.

“Now that I know what’s in the centre of M87, I will be even more awed when I observe this galaxy the next time,” says Detlef Koschny, senior astrophysicist at European Space Agency HQ, Netherlands, who usually studies small bodies in the solar system.

The boundary of a black hole is termed the “event horizon”. Objects that go beyond the event horizon are lost in the fuzzy whirlpool of space-time; hence the term “point of no return”.

“I don’t think I expected to see a close-up image of a black hole in my lifetime. The view is remarkable, not least the eerie distortion of space-time in an intense gravitational field, visibly demonstrating that Einstein’s general theory of relativity really works,” comments Robert Massey, executive director of the Royal Astronomical Society, London. “My guess is that the team will soon release a picture of a black hole closer home — at the centre of our own Milky Way galaxy — and then perhaps try even more ambitious targets. We may soon be looking at a collapsed star not that far from the sun, something we could even imagine visiting in the far future,” adds Massey, a champion of international science collaboration and public engagement.

From Stephen Hawking’s groundbreaking work, we know that black holes aren’t totally black. They are able to emit jets of plasma as well as create particle-antiparticle pairs near the event horizon. When matter comes close to the event horizon, it forms an orbiting disc due to the black hole’s gravity. Chunks of matter grind against each other, creating massive friction and releasing huge amounts of energy. The spinning warms up the disk just like juices become hotter in high speed mixer grinders. Thus, matter close to the event horizon glows brightly with heat equivalent to several hundreds of stars. It is this bright glow which was imaged by EHT’s network of eight radio telescopes.

“Because of the presence of the horizon, the shadow of the horizon should appear like a dark disc on the backdrop of the illuminated photons (created from the matter accreting onto the hole). To locate the sharp boundary of the shadow, it is imperative to understand the dynamics of the accreting matter extremely close to the horizon,” explains Tapas Kumar Das, a top theoretical physicist at the Harish Chandra Research Institute in Allahabad.

“We have developed a general relativistic model for the accretion structure where we can theoretically track the dynamics of accreting material extremely close to the horizon. Our work will be helpful in understanding the effect of the black hole spin on the shape of the image of the event horizon,” adds Das, who is the only scientist in India working on black hole shadow imaging techniques.

Legendary Indian physicist S. Chandrasekhar was the first to formulate the mass of dying stars that could or could not collapse into a black hole. In stellar astrophysics this is termed the Chandrasekhar Limit and is about 1.4 solar mass. Typically, stars that exceed this mass limit evolve into black holes.

“For humanity to have achieved the highest spiritual pursuit of science, where scientists across national boundaries worked together to give a face to the theoretical foundations laid down (close to a century ago) by S. Chandrasekhar and Albert Einstein is deeply satisfying” explains Murthy Gudipati, a senior astrophysicist at Nasa-JPL, US.

Without doubt, this historic event directly enriches and augments our understanding of black holes and their dynamics. On a more sublime level, this study gives us clues to the fundamental nature of gravity, energy, matter, space, time, space-time geometry and so on.

The scintillating image of a black hole is a peep into the deepest and darkest fundamental secrets of our universe — literally, scientifically and metaphorically. As Shakespeare once said, there is a “method to this [singularity] madness”. 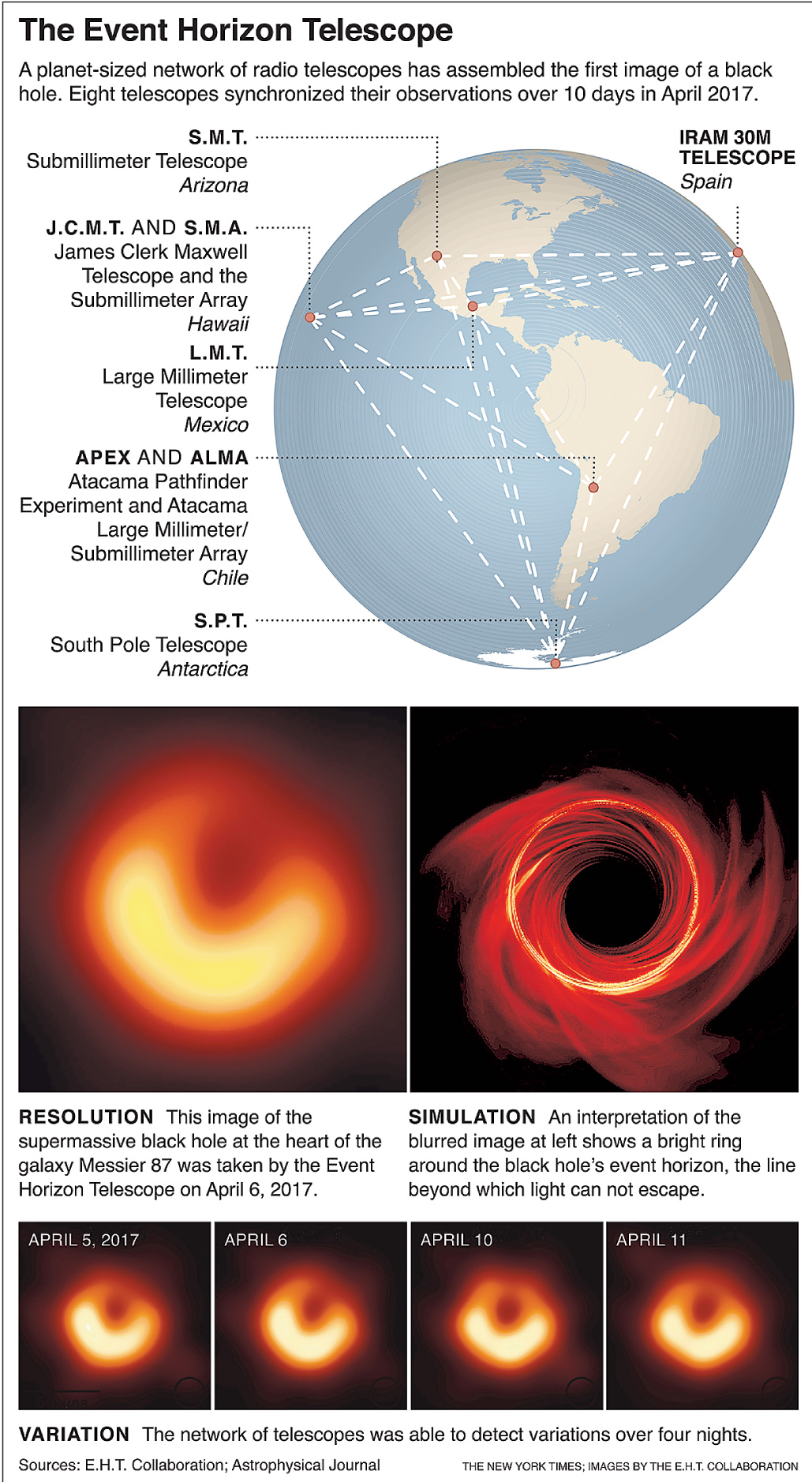