Yes, there is active noise cancellation on it and there is UV Nano technology 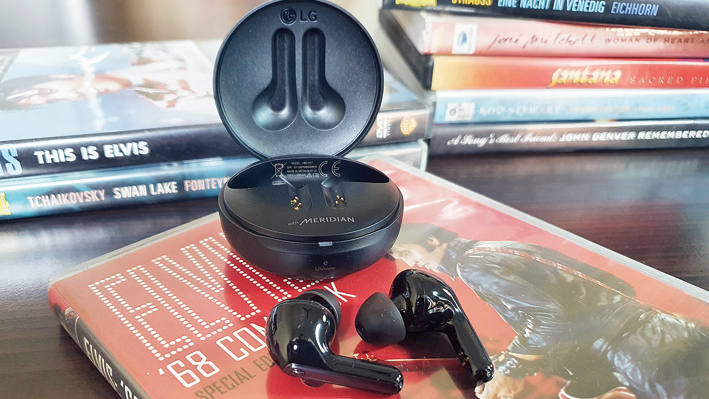 There needs to be a good reason behind switching from one set of wireless earbuds to another, especially at a time when these are making their way to the market dime a dozen. That’s something we considered while reviewing the LG Tone Free FN7. Yes, there is active noise cancellation on it and there is UV Nano technology. But what we like most about the product is that it’s from LG. The South Korean company has products across verticals — refrigerators to televisions and phones, even though the last segment has been bit of a hit-and-a-miss in the last few years. This means that the new LG wireless earbuds have to push the envelope a little bit more to go beyond a crowd that’s not just hooked to the company’s phones. And it does manages to do so.

First, the FN7 comes at a good time, when people are willing to spend on active noise cancellation-enabled earbuds because office commutes are beginning to gather steam. Putting itself at a tricky price point, the FN7 competes with the Samsung Galaxy Buds Live and something like the Sony WF-1000XM3. Does it justify the pricing?

I managed to keep the device lodged in my ears for a couple of weeks, finding it compact and light. The stem-style design is an AirPods reminder but the stems here are small. You can wear the earbuds for hours at a stretch without any discomfort. Plus, it has IPX4 rating, so no amount of downpour or gym sweat should stop you from sporting the FN7.

As for pairing ease, it’s an open-and-shut case! Just open the case, press the little button on the side to get the device to move into pairing mode and, if you’re using an Android phone, go with the flow when a pop-up message appears.

One area where the FN7 scores high is the touch control panel. It’s receptive. A single tap pauses or plays the audio feed, a double tap on the right earbud will increase the volume and a double tap on the left one will lower the volume while three taps will allow you to skip tracks (forward or backward). You can also answer calls using the touch controls. In case you want to customise the controls, download the LG Tone Free app.

The active noise cancellation on LG Tone Free FN7 is spot on.
The Telegraph

The earbuds offer very good connectivity, minus jitters and pauses even if you are some distance away from the phone. It supports Bluetooth 5.0 and Google fast pair service. There is also the neat option of simply taking the earbuds out of the ear to pause the music and put it back in, to resume.

To the sound profile. LG has teamed up with British audio giant Meridian, so expect a sound offering! Listening to Billie Eilish’s Bad Guy, there is a sense of intimacy while the music-hall flavour is retained fully on All the Good Girls Go to Hell. I was equally at ease revisiting Bruce Springsteen’s Greetings from Asbury Park, N.J. as the Boss pumps his way through the song Blinded by the Light: Madman drummers bummers and Indians in the summer with a teenage diplomat. There a lot of spatial sound going on. But don’t expect thumping, over-the-top bass. If you want some of that, dive into the app and turn on the option.

The USP of the earbuds is ANC, which is spot on and scores higher than the Samsung Galaxy Buds Live. Turn it on and most of the noises around you are stamped out but without the uneasy feeling that ANC is often associated with. There is an ambient mode, which is basically an awareness mode. In case you are on a crowded street, turn it on and you will be able to hear some of the noises on the road.

Does it make a good fit for you?

We haven’t forgotten about the UV Nano technology which comes with the buds. Basically, when you put the earbuds in the charging cradle, UV Nano technology apparently kills 99.9 per cent of the bacteria that may attach to the ear tips. It’s difficult to know whether the figure holds good but it’s always good to know that there is some kind of wellness benefit attached to a device. With more and more mobile phone brands removing the 3.5mm jack, people are turning to wireless options, listening to music for hours and taking calls (which by the way is good on the FN7 but it’s better on Apple AirPods).

What is more useful is having ANC. Listening to music at full volume just to drown out the noises around you is not a good habit. It’s better to use ANC which keeps the volume under check.

With decent battery life (around five hours with ANC on, seven hours with ANC off, plus 14 more hours in the charging cradle), there is really nothing to grumble about, except the pricing strategy. Scoring higher than most wireless earbuds in the market, the LG Tone Free FN7 (Rs 19,990) offers an intimate soundscape (and a germ-killing case!)