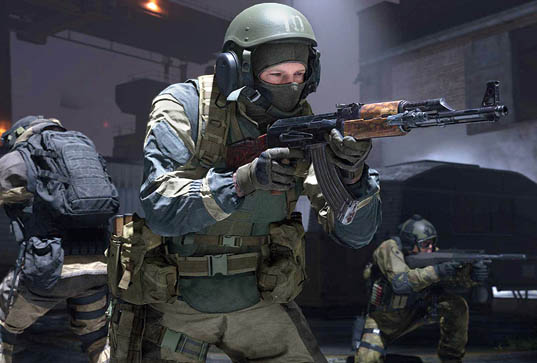 NVMe SSD. You will hear a lot about it in the coming months. In simple words, NVMe is a communications standard developed for SSD or solid-state drives, which work really fast and is of immense help to gamers and video editors. If you have bought, say, the Surface Book 3 recently, you have obviously noticed that files load in an instant and the machine boots in a few seconds. The solution? NVMe SSD. If you want to make your slightly older PCs pick up speed, you know what you have to do! Western Digital has a great NVMe-driven portfolio, like the WD Black SN750.

What kind of a difference does NVMe SSD, like the WD Black SN750, makes to gamers? Is it just about loading games or changing maps quicker? What difference does it make to the actual gameplay?

Game developers across the world are using technologies such as Artificial Intelligence (AI), Machine Learning (ML), computer vision and AR/VR. On one hand, it has resulted in creating an immersive experience for gamers and on the other hand, it has increased the file size to over 100 GB per game in some cases. As a result, gamers are left with the agonising decision of deleting old games to make room for new favourites, and this can also lead to slow load times and downloads. So fuelling these enhancements requires strong hardware components that can support large graphics, 4K/8K video, and VR/AR content. This is where NVMe SSDs becomes a leading choice to build an ultimate gaming rig. Purpose-built for gaming with reading speeds up to 3,470MB/s and storage capacity of up to 2TB, WD Black NVMe SSD provides the performance, capacity, and reliability to help gamers stay in the game and play without limits.

How does the technology help a video editor when using something like Adobe Premiere?

SSDs with NVMe technology play a crucial role in locating, retrieving, and reading the video files and writing back the edited files on the storage. NVMe SSDs offer extremely fast read and write speeds in comparison to hard drives. With such high read speed, it programmes and loads data more promptly while editing videos, which is indeed crucial for users because videos are huge files that need to be accessed instantly for editing.

Creative files, like games, need a lot higher IOPS (Input/Output Operations Per Second) as the data for the creatives is scattered across the SSD. Accessing these files and retrieving them on a real-time basis is essential for a resource-intensive apps.

For readers with old PCs, can they experience NVMe technology?

Upgrading to an SSD is the best speed boost you can give your old PC at a fraction of the cost of buying a new one. While traditional SSD comes in a 2.5inch SATA format, one should shift their attention towards the NVMe SSD’s. If the customer has an older spinning HDD in the PC, upgrading to a SATA based SSD will show instant speed benefits. However, upgrading to an NVMe based SSD depends on whether the motherboard supports the SSD function. New motherboard for the new-gen of Intel and AMD CPUs support the M.2 NVMe SSD. It’s always best to check if your motherboard has a slot for the SSD card or you can check the same on the PC manufacturers website before upgrading.
However, if a user doesn’t plan to build a new PC, but still wants to use the NVMe SSD on their desktop, they can look at PCIe adaptor that allows one to mount theNVMe SSD’s to maximise performance