Advertisement
Home / Science-tech / Sony achieves robust sound with the WH-1000XM4 while dialing it up to 11!

Sony achieves robust sound with the WH-1000XM4 while dialing it up to 11!

The XM4 has these nice updates and features that kick things to the next level. It’s as incredible as the previous generation… and some more. 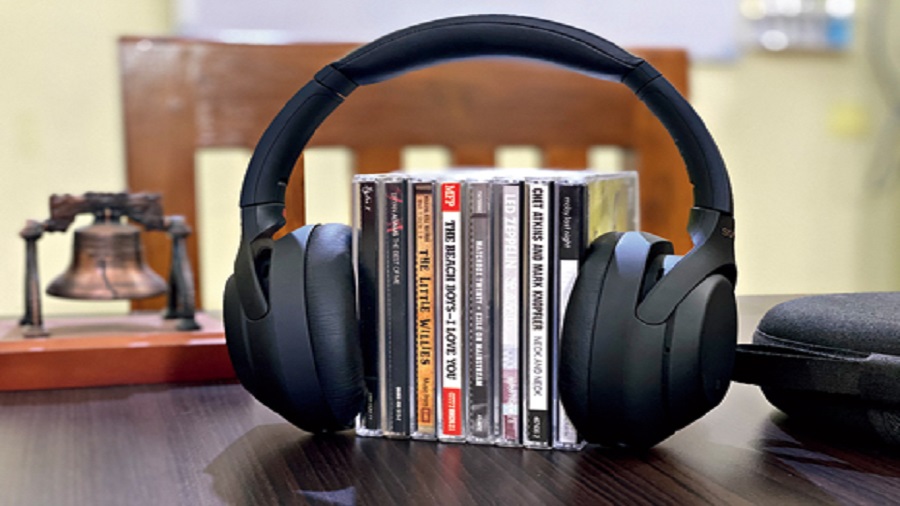 MMMBop. Remember? What did the title of the Hanson song mean? It’s about reaching for what’s important as time flies. Nah, this ain’t no wise-man talk but something one may end up putting together while understanding each and every word, listening to the golden nugget from 1997 on Sony’s new noise-cancelling headphones, the WH-1000XM4. Okay, we are not sure why tech companies come up with the weirdest of names but there is really nothing weird about the successor to the 1000XM3. The year is not over yet — though most would like to do away with 2020, perhaps listening to MMMBop — but this can very well be the golden standard for noise-cancelling headphones at the moment. Frankly, the XM3 was great and it still is. The XM4 has these nice updates and features that kick things to the next level.

It’s as incredible as the previous generation… and some more.

All the changes are on the inside

It’s hard to tell the XM3 and XM4 apart if kept side by side. There are a few design tweaks — a better matte finish, the darkened NFC logo, the new sensor inside the left earcup… stuff that one tends to overlook. Actually, Sony didn’t need to make any changes to the outside because the XM3 remains a high-quality headphone. Why fix it when it ain’t broke.
Having said that, the earcups on the XM4 slightly bigger, offering better covering over the ears and both the earcups and the headphone band are very plush. It can sit over the ears for long hours without making you feel uncomfortable.

There is still a USB-C type port for charging and a 3.5mm audio port for wired listening. Sony has also kept the touchpad on the right earcup for skipping songs or for pausing music. The touch controls are not really difficult; it takes a few minutes to get used to it. The premium feel has been left intact.

The new features have a lot to do with the Sony Connect app, which you must download to make the headphones work. One of the most gimmicky feature on the device might as well turn out to be a trendsetting feature. Called Speak-to-Chat, it’s cool technology. If noise-cancelling is on and someone approaches you, simply start talking and the headphones will recognise the activity and, at once, activate the ambient sound feature so that you can hear sounds around you as well as the person you are talking to. Once you stop talking, after a few seconds the noise cancellation mode automatically kicks in and drowns out the background noise. You can also cup your hand over the right earcup to do the same thing.

Of course, this is a noise-cancelling headphone and Sony once again takes home full marks. There is a slight edge over the XM3 but the noise cancellation was great and remains great. This is the absolutely best Bluetooth headphone you can buy. Put the feature on and you start living inside a bubble. In fact, when I thought of bubble, I tuned into the The Bubble Boy episode of Seinfeld! There is a noise cancelling optimiser on the app which can gauge the environment and optimises noise cancelling accordingly. It balances out things so that the user doesn’t get the vacuum-like feeling.

Tuning into Seinfeld was also interesting. Yup, the show is a classic but the audio quality! It has the ’90s feel and would have been so much better had it been shot today. But listening to the dialogues and music clips through the headphone was a pleasure. It has a lot to do with the DSEE Extreme that comes with the device. It can help upscale audio real-time and fix a lot of distortions or restore some of the lost details that happen with heavy compression. It’s a mode that comes in handy while listening to music on YouTube.

The other thing I have become a fan of after using the headphone for a couple of weeks is 360 Reality Audio, which is supported on the device. It’s Sony’s spatial audio technology that creates 360-degree audio. It’s like enjoying Dolby Atmos sound in theatres but this one is for the ears. The app analyses the user’s ear shape by taking pictures and then calls up some of the apps that support the feature. I was directed to nugs.net. It’s a fantastic app if you haven’t used it yet. Suddenly I was drowning in the good vibrations of Jerry Garcia Band performing live The Way You Do The Things You Do. Under the 360 Reality Audio tab popped up Bill Joel’s Piano Man album and Miles Davis’s Live-Evil. So good, so expensive, so memorable!

Sony has also added one of the features that may appear geeky but it’s very useful for people who constantly switch between two gadgets. Now you can connect the headphone to two devices at the same time. Let me explain. I paired Samsung Galaxy Tab S7+ and the Galaxy Note20 Ultra. If I hit pause on one device, I could play from the other. The headphone automatically switches between devices.

There is a slight delay but everything happens seamlessly.

In way of mic quality, it’s good but there is nothing home to write about; there are other Sony products offering similar or better mic audio quality. But why would anyone use the XM4 for making phone calls?! It’s about the music baby! The bass is rock-solid, the trebles are sparkly and the mid-range has an open feel.

One can enjoy 30 hours of listening time with active noise cancellation turned on and 38 hours with ANC off. That’s highly acceptable. It’s one of those few products this year that hasn’t come with any bumps. One can demand something like putting in a dial outside the earcups to allow certain controls, like on Microsoft’s Surface headphones. But that’s more of a request than a quibble. Sony scores full marks with the WH-1000XM4 because of its robust sound accompanied by a slew of cool tech. Buy this one and you won’t have to worry about headphones for years to come. It dials it up to 11!