Smartphones get a shot of innovation in the form of folds

In the last 10 days, Samsung and Huawei have gone all out to showcase their foldable devices 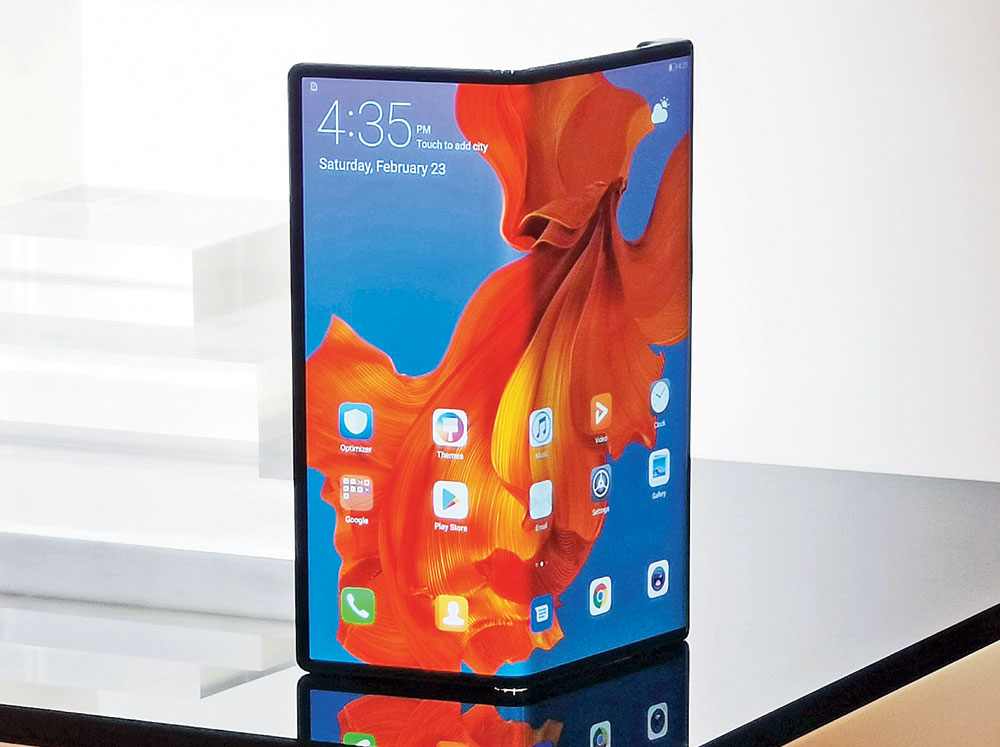 The smartphone market is in a funk, with companies willing to do anything to excite their audience. And that anything has come in the form of two things — 5G smartphones and foldable phones.

In the last 10 days, Samsung and Huawei have gone all out to showcase their approximately $1,980 and $2,600 foldable devices respectively, but if we can look beyond the price tags, the idea does breathe new life into smartphones, which has not seen so much action since Steve Jobs had introduced the iPhone in 2007.

Years in the making, the Galaxy Fold pitches Samsung ahead of its arch-rival, Apple. Introduced in San Francisco on February 20, it comes with a 4.6-inch screen (HD+ Super AMOLED) on the front, but one can open it up just like a book to reveal a single large QXGA+ Dynamic AMOLED 7.3-inch display. When the device is folded, there are no lines or visible crinkles.

Francisco Jeronimo, an associate vice-president at the analysts IDC, describes the Galaxy Fold as “one of those announcements that will reshape the future of smartphones”.

Apple had celebrated the 10th anniversary of its smartphone line with the iPhone X in 2017, which had set a benchmark for the rivals. Samsung has done the same with the Fold but this product makes the iPhone X look evolutionary rather than revolutionary.

Chinese smartphone maker Huawei followed Samsung by introducing the Mate X at the Mobile World Congress in Barcelona. It has a flexible OLED display that covers both the front and back of the device, which unfolds outwards to become an eight-inch tablet screen.

Huawei has been at the centre of a political storm after the US justice department brought serious charges against the company’s chief financial officer, Meng Wanzhou. But with the arrival of the Mate X, the company has managed to shift the focus away from politics. Richard Yu, the chief executive of Huawei’s consumer business, has told The Guardian that the Mate X represented “a voyage into the uncharted”. “As a new breed of smartphones, Huawei Mate X combines 5G, foldable screen, AI and an all-new mode of interfacing to provide consumers with an unprecedented user experience,” he said.

In way of difference, Samsung has put the folding screen on the inside of the device, which opens like a book to reveal the large 7.3-inch screen (which is slightly smaller than the 7.9 inches on the iPad Mini) while a smaller 4.6-inch screen is on the outside for use like a standard phone. Since the phone has to withstand bends, the design has a fantastic hinge mechanism that’s hidden from view.

“The size of our screens is limited by the size of our devices — until now” Samsung stated at the launch of the Fold, which is “a phone, a tablet and camera that fits in your pocket”. “To those who say they’ve seen it all, I say, buckle your seatbelt, the future is about to begin,” said D.J. Koh, president and CEO, head of IT & mobile communications division, Samsung Electronics.

The Mate X has one eight-inch screen on the outside. When closed, the front panel measures 6.6 inches and a 6.38-inch display on the back.

While the Galaxy Fold is due to go on sale at the end of April in the US and early May in Europe, the Mate X has a “middle of 2019” sale date. 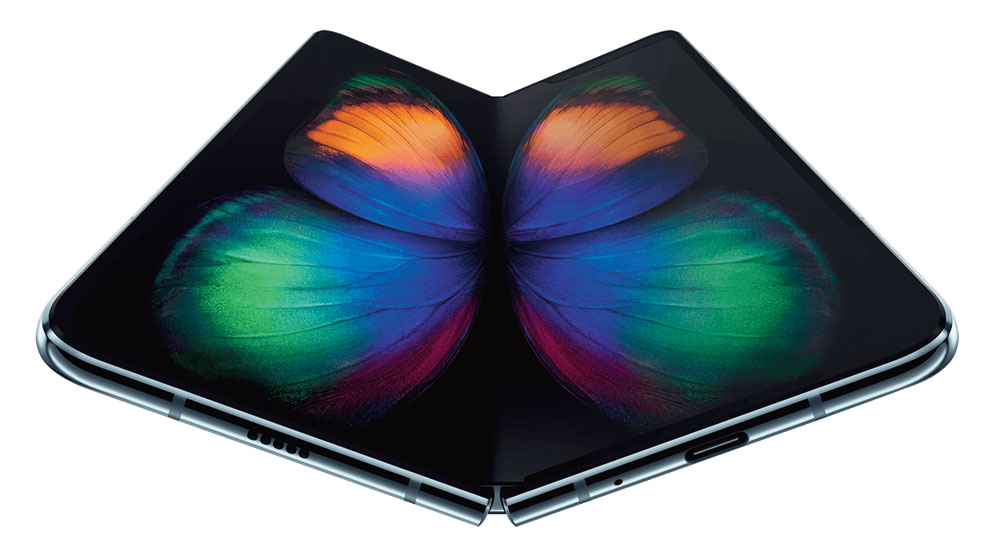 The Samsung Galaxy Fold serves as a smartphone with a 4.6-inch display and opens like a book to become a 7.3-inch tablet. It comes with a massive 12GB of RAM and 512GB of storage.
Picture: Samsung Electronics

How does it help?

Samsung says you can run up to three apps at a time on the Galaxy Fold, which is helpful if you are into multi-tasking. It would be like carrying around a hidden tablet.

“You might start a video on the folded smaller screen while on the go, but later sit down and want a more immersive experience. You can simply unfold the device to get a larger tablet-sized screen,” wrote David Burke, vice-president of engineering for Android, announcing the platform’s support for foldable experiences. “As you unfold, the app seamlessly transfers to the bigger screen without missing a beat.”

Also watch out for...

Though Xiaomi has taken a cautionary approach on the foldable front at the just-concluded MWC, the video of the company’s president Lin Bin using the device did the rounds of the Chinese microblogging website Weibo a few weeks ago. He was seen using a device that can be folded backwards to transform it from a tablet form factor into more of a compact phone. Quite practical.

Reports of Motorola jumping on the foldable phone wagon is also doing the rounds. Their device is rumoured to be an update of the classic Razr. In an interview with Engadget, Motorola VP of global product, Dan Dery has said: “We started to work on foldables a long time ago. And we have been doing a lot of iteration.” He said that Motorola has “no intention of coming later than everybody else in the market”, which makes it safe to assume that they’re looking at a launch by summer.

Apple has not announced anything on the foldable front but the company’s co-founder Steve Wozniak recently told Bloomberg that the company should give the segment a serious look. “Apple has been a leader for quite a long time in a few areas such as Touch ID, Facial ID and easy payment with the phone. They’ re not the leader in areas like the folding phone, and that worries me because I really want a folding phone.” There are signs that Apple may be developing a foldable gadget. According to The Independent, patents have been filed that show a future iPhone hinged in the middle.

And let’s not forget LG. After unveiling a rollable TV at CES, I.P. Park, CTO and president of LG Electronics, has confirmed to Tom’s Guide that it’s working on both rollable and foldable smartphones. “We are exploring many different form factors for phones, including foldable and rollable. Because display technology has grown so much that it can make it into very flexible form factors. And with 5G, if the market requires much bigger screens, we’ll need to fold it or roll it. So we’ll explore,” he said.

China’s TCL also has folding screens and folding hinges. At MWC it didn’t allow journalists to touch the prototype but it has an interesting DragonHinge technology, which can fold inward and outward.