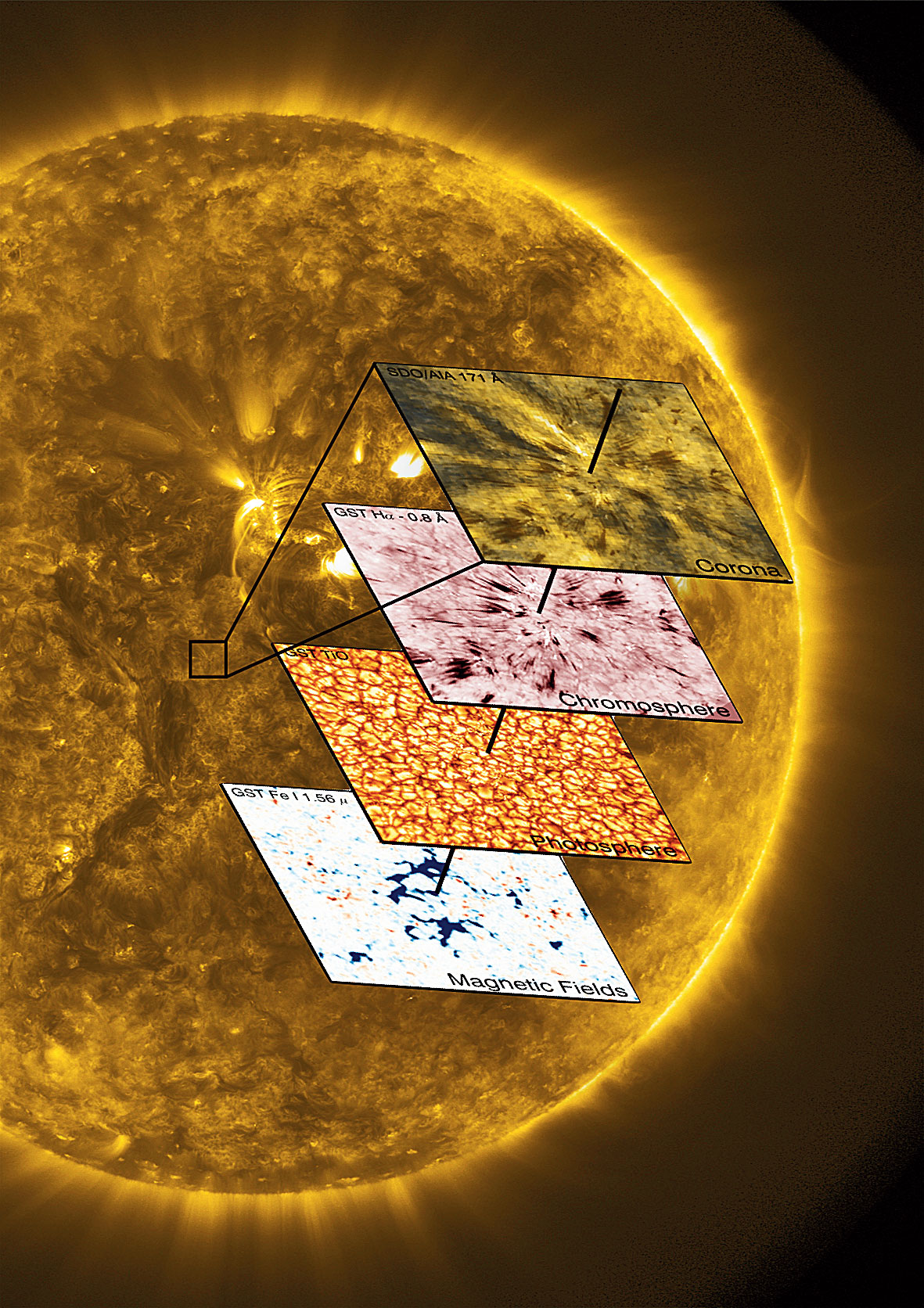 Two Indian astrophysicists with international collaborators have provided the first direct observational evidence to explain the mechanisms that give rise to ubiquitous jet-like eruptions of solar material observed across the Sun’s surface.

Tanmoy Samanta and Dipankar Banerjee are part of a 12-member international research team whose observations might also unravel the long-standing puzzle of why the Sun’s outer atmosphere, or the solar corona, is hotter than its surface.

Their studies suggest that the interaction of magnetic fields of opposite polarity — North and South — through a process that solar physicists call magnetic flux cancellation provides the energy for the eruptions called solar spicules.

Their findings, based on observations through telescopes in the US, were published in the journal Science on Friday.

An Italian astronomer Father Angelo Secchi had in 1877 first documented spicules — geyser-like jets of solar material that constantly erupt from the Sun’s surface, moving at speeds of about 100km per second and reaching lengths of up to 9,000km before collapsing.

Spicules collapse within 5 to 10 minutes but are ubiquitous — astronomers estimate that around a million spicules exist in the Sun’s atmosphere at any given moment.

“The corona’s high temperature is a long-standing mystery,” said Samanta, a research scholar at the school of earth and space sciences at Peking University, Beijing, China, and the lead author of the research paper.

The temperature at the core of the Sun is over 15 million°C but cools to about 6,000°C near the surface. “We would expect the temperature to fall farther in the Sun’s outer atmosphere, but it is much much hotter,” said Banerjee, a senior scientist at the Indian Institute of Astrophysics, Bangalore, and team member.

The scientists working with collaborators in Austria, China, Germany, Hungary, the UK and the US have proposed that the magnetic field interactions they documented can drive spicules and hot solar material into the corona.

They relied on ultra-high resolution images of the solar surface that allowed them to probe the interactions of solar magnetic fields and how they influenced eruptions from the Sun’s surface.