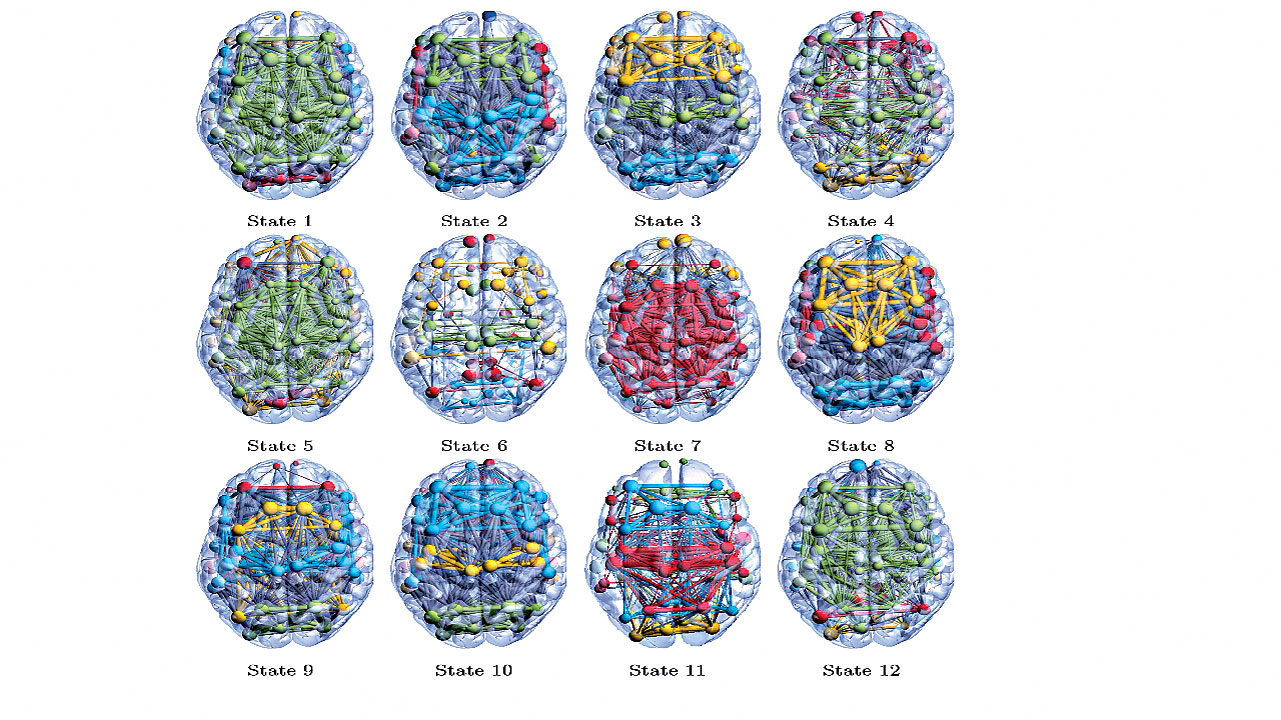 Scientists in India have identified 12 previously unknown states of the human brain that they believe serve as the fountainhead for all neural activity — from what helps crack tricky math puzzles to what underlies neurological or psychiatric disorders.

They say their study has revealed 12 “hidden” brain states, each representing patterns of connectivity between different areas of the cerebral cortex, a key region involved in high mental functions, including thought and memory.

“We think there are at least 12 fundamental states of the brain,” said neurobiologist Dipanjan Roy, an associate professor at the NBRC. “We’re postulating all brain activity — whether when we’re at rest or when we’re doing something — emerges from some mixture or overlap of these hidden states as interconnections across the cortical areas change in milliseconds to seconds.”

The scientists, who focused on interconnections between 68 areas of the cortex, are hoping their findings will lead to fresh insights into how the brain performs complex tasks and how changing connectivity influences neurological or psychiatric disorders such as autism or schizophrenia.

But the machine-learning technique identified what the scientists say are 12 internal brain states. They postulate that transitions from one state to another and various overlaps of these states give rise to observed neural activity.

Senior clinicians say such research could add to what is at present viewed as rudimentary mechanistic knowledge of neurological or psychiatric illnesses but caution that applications on patients are likely to be still distant.

“This is exciting stuff — such research should be encouraged,” said Ajit Bhide, a senior psychiatrist at St Martha’s Hospital, Bangalore, who was not associated with the NBRC study. “But it’s still in infancy — I don’t see applications for 20 or 25 years.”

But brain-connectivity studies have already yielded novel information about autism, showing future directions for therapy. A 2014 study led by neuroscientist Vinod Menon at Stanford University and his colleagues in the US was the first to demonstrate that brain connectivity in children with autism changes less, relative to rest, in response to a task than the brain connectivity of other children.

Menon’s team was among the first to discover that the human brain is organised into interacting networks of areas, paving the way for research to unravel the links between connectivity and brain functions as well as neurological and psychiatric disorders.