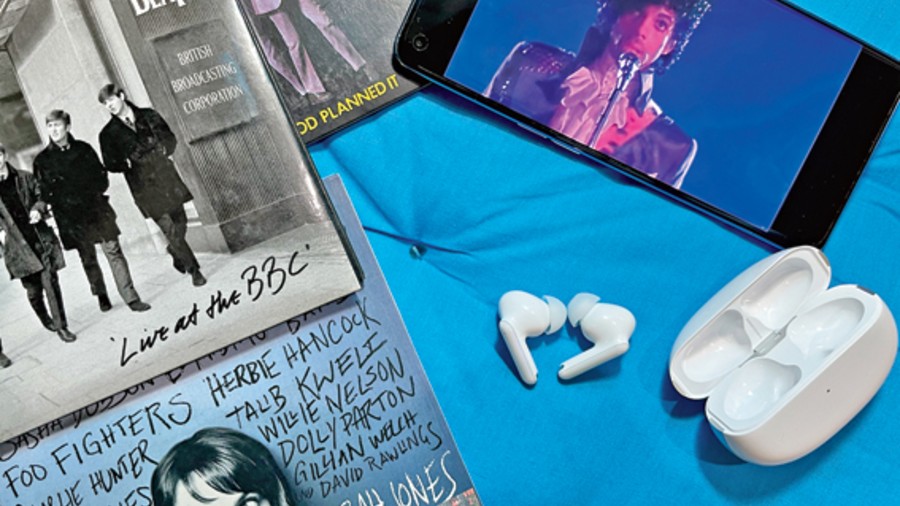 Anyway, the first set of earbuds to check all the boxes this year is the Oppo Enco X true wireless noise cancelling earphones, which comes packed with a lot of tech goodies while the sound is rich, actually far richer than what you get from the likes of Realme, Xiaomi or OnePlus while taking competition to the higher segment that features Sony.

The first impression on unpacking the box: The compact design of the sound cans. Though a little too smooth for the fingers but oh boy, they are hardy. Yes, they have hit the concrete floor a few times but have come away with all the shine intact, minus dents or scratches. Stick them into your ears, there is no chance of it falling off. There are a few silicone tips in the box and for me the default one works well. Super light and comfortable, you can rock whatever Spotify throws at you for hours. Feel free to bounce around the room to Aerosmith, yet rest assured that the buds won’t slip off.

While experiencing the buds, I constantly switched between my default Samsung Galaxy S21 Ultra and the newly-released Oppo Reno5 Pro 5G. The big advantage you will enjoy while pairing it to an Oppo phone is that you don’t really have to do anything extra while the device will throw up options. Otherwise, just download the HeyMelody (Android) app to have full control over the sound cans. Frankly, I don’t like to have another app on the device but it’s no big deal.

Let’s get connectivity out of the way. It supports Bluetooth 5.2, which basically means strong and stable connectivity. Plus, there are no syncing issues while watching YouTube videos or streaming films. I usually left the phone on my workstation while moving around a biggish room but there were no drops.

Can handle a range of music genres

Perhaps the success the earbuds are enjoying have a lot to do with Oppo’s association with Danish company Dynaudio. Though the user won’t notice — any why should they! — there is a dual-driver system at play, which lends a lot to the audio department. The 6mm Magnetic Balanced Membrance driver keeps the audio in high frequencies absolutely clear while the 11mm dynamic drive keeps the bass pumping. Switching between genres is not at all an issue. In fact, it’s one of the few earbuds we have come across around 10K that can handle Western classical music well.

The title track from Prince’s 1984 album Purple Rain has some dazzling moments with unrestrained synthesizers and guitars raving at each other. While the lyrics on the song, When Doves Cry, are extremely important: Maybe I’m just like my father, too bold/ Maybe you’re just like my mother/ She’s never satisfied (she’s never satisfied)/ Why do we scream at each other?/ This is what it sounds like/ When doves cry. Be it the clarity of the vocals or the charged-up music, both departments shine on the earbuds.

From Prince we moved to something absolutely different, Neil Diamond’s Hot August Night, which is a great representation of Diamond’s evocative pop and has an orchestral flourish, which established the man’s reputation as a live performer. The feel of a live concert is difficult to capture on earbuds but this one does it well as Diamond moves from Cherry, Cherry to Sweet Caroline to Girl, You’ll Be A Woman Soon.

One more album, Aerosmith’s Get a Grip. Lead singer Steven Tyler goes through the album with plenty screaming high notes to the point of conveying a certain degree of self-destruction, moving from Eat the Rich to Cryin’ to Crazy and Amazing. And, of course, Livin’ on the Edge. Though the earbuds may not make you feel Tyler is screaming at the top of his voice but it certainly comes close to achieving it.

It’s important to note that the earbuds support LHDC, which is somewhat like Sony’s LDAC codec. It allows high transfer rates. Also present is DBEE 3.0 that makes vocals appear clear and the bass, deep.

As important as music is the noise cancellation on the earbuds. It basically kills all the sound around you when you are listening to music. We tried the feature in a variety of ways — sitting near a humming refrigerator, turned on the fan (an extra layer of jacket helped!) and taking a walk down the road. The sound cancellation technique is quite effective but if I were to compare it with Sony, perhaps the latter wins by a nose.

There is also a transparency mode, which comes in handy if you want to let outside sounds in without taking off the earbuds. I would suggest you take one of the earbuds off, which will automatically pause the music or podcast… have your chat… pop it back in and the audio resumes.

As good as the audio is the simple tap features. It’s good that Oppo hasn’t kept a single tap feature because accidentally we may touch the earbuds and call up a function. You can gently swipe up on the stem of the earbuds to increase volume or swipe down to dampen the sound. What I would like to see are more functions on the HeyMelody app to control the equaliser.

The call quality on the earbuds is also decent. It is equipped with a triple-microphone noise cancellation algorithm and even if you stand near the kitchen sink while talking to your friend via the Enco X, it’s not bad though the Apple AirPod scores higher.

There are no issues with battery life on the earbuds. With ANC on and volume at around 60 per cent, you will manage to get around four and a half hours on the earbuds and up to 25 hours by charging the same in the case, which is more than enough to keep you going. If you were to ask about drawbacks, there are not many. My biggest quibble is... more functions on the HeyMelody app and a slight tweak on the microphone side. Otherwise, what the Oppo Enco X true wireless noise earphones (Rs 9,990) offer is a front-row seat to a music concert.