Mortality rates will give us a clearer picture of the state of the pandemic than the misleading, incorrectly calculated recovery rates 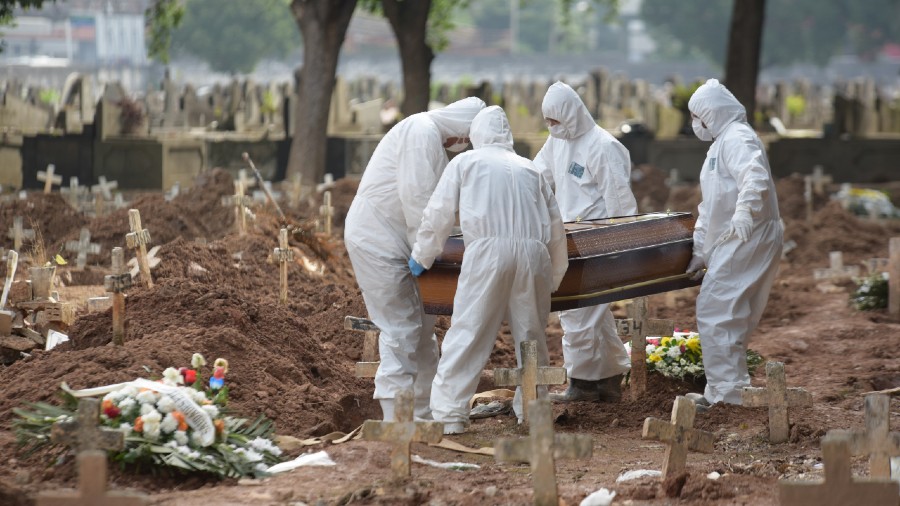 Going by the global trend, this time around an increasing number of young people are likely to seek serious medical attention
Shutterstock
Koustubh Panda   |     |   Published 05.04.21, 04:45 AM

While India celebrates the “recovery” figures among the infected, many experts feel that the worst is yet to come — a predicted, more intense second wave of the Covid-19 pandemic like what most western countries are already facing, a phase that would probably witness more infective and deadlier variants of the coronavirus.

Going by the global trend, this time around an increasing number of young people — who had largely been spared in the first phase or were asymptomatic — are likely to seek serious medical attention. This should be a major cause for concern as the relatively low mortality rate in our country during the first wave is being attributed to the fact that more than 80 per cent of our population belongs to the otherwise non-vulnerable age group of 45 years and below. Thus, with viral strains of increased infectivity and virulence targeting more young people in the second phase worldwide, the future could spell grave trouble for young India unless we take timely and adequate safeguards.

One of the factors that will help us determine whether the apprehended threat is genuine is the accuracy with which we assess such risk. This not only involves precise evaluation of the number of people getting infected but also how many are “dying” or genuinely “recovering” from such infections.

Although not impossible, it’s difficult to suppress death when it happens in the public domain. Therefore, determining the mortality rate of a pandemic is perhaps a more transparent and authentic option compared to what is being projected as the “recovery rate”. Moreover, assessing recovery accurately can be challenging for infections involving RNA viruses such as the Sars-Cov2. This is because the behaviour of such viruses can be frustratingly unpredictable and, sometimes, completely defy epidemiological or clinical predictions. This, compounded with the observed lack of expertise among healthcare workers in properly determining recovery, makes the reported recovery rates even more unreliable.

Speaking of the unpredictable behaviour of such viruses, take the recent re-emergence of the Ebola virus in the West African country of Guinea. A 51-year-old nurse, who had appeared to recover from an infection of this notorious RNA virus during the epidemic that killed over 11,000 people in Africa almost five years ago, recently got sick from the same virus and died. In the process, she started a new round of infections and deaths. However, what shocked the world is that the sequencing of the viral strain isolated from the victim’s body by three independent labs revealed that it was exactly the same genetic strain that had infected her five years ago.

This implied that this virus did not undergo any mutation during its five-year stay in the woman’s body, something most RNA viruses are expected to do to evade an inevitable immunological attack from its host. The virus had been hiding in dormancy in her body, evading her immune system.

This revelation that an RNA virus is capable of hiding in a human body for such a long time is baffling virologists as well as clinicians who are now at a loss to define a possible recovery from such viruses.

The obvious question that is being raised is whether this would go on to mean that once infected by these viruses there is no scope for complete recovery. If this becomes a norm, how does one predict and define recovery from other RNA viruses such as the Sars-Cov2 as well as the risk of re-infection from such viruses?

To add to this, the present mechanism through which we are determining the recovery rate is by itself grossly fallacious as well as inaccurate. The recovery rate is being calculated as the percentage of patients being released post-hospitalisation against the total number of patients admitted with symptoms of Covid-19 and a positive RT-PCR test for the Sars-Cov2 infection. Ideally, this recovery rate or percentage when added to the percentage of patients dying of the infection, technically called the mortality rate, should give a total of 100 as admitted patients either recover or die. However, when released recovery rates are being added to their counterpart mortality rates, they are never adding up to 100. In fact, they are almost always adding up to far less than 100. What then is happening to the rest of the patients?

Many hospitals have also been releasing patients earlier than recommended, whenever such patients have manageable or mild symptoms even with high viral loads. Such patients are hastily being recorded as “recovered” although for all technical purposes they are not. At the same time, many patients are preferring to stay home despite advanced symptoms of Covid-19 largely out of the fear of exorbitant hospital bills.

Moreover, with the low rate of testing in our country, a large number of potentially infected patients are not being accounted for in this evaluation of recovery rate. Overall, the haphazard manner in which recovery rates are being assessed in our country lacks the required propriety as well as accuracy to be of any use for effectively managing this pandemic.

Thus, a more reliable parameter for accurately evaluating the effect of the pandemic on public health needs to be deployed. The closest that comes to mind is the mortality rate — the percentage of people succumbing to the virus. Many countries that have effectively combatted this virus have been assessing their pandemic situation through the number of deaths per million population rather than using ill-defined parameters such as “recovery rate” to get an accurate picture.

It would thus be prudent for us to gear up for a potentially more challenging second phase with better assessment tools such as the mortality rate, rather than continuing to depend on nebulous parameters like “recovery rate” if we desire to correctly assess the emerging threats from this virus and ward off this pandemic with minimum damage.