Nobel past: Surgeon used immunotherapy for cancer in 1891

James P. Allison and Tasuku Honjo won the Medicine Nobel for it, but it was William Coley who first used immunotherapy 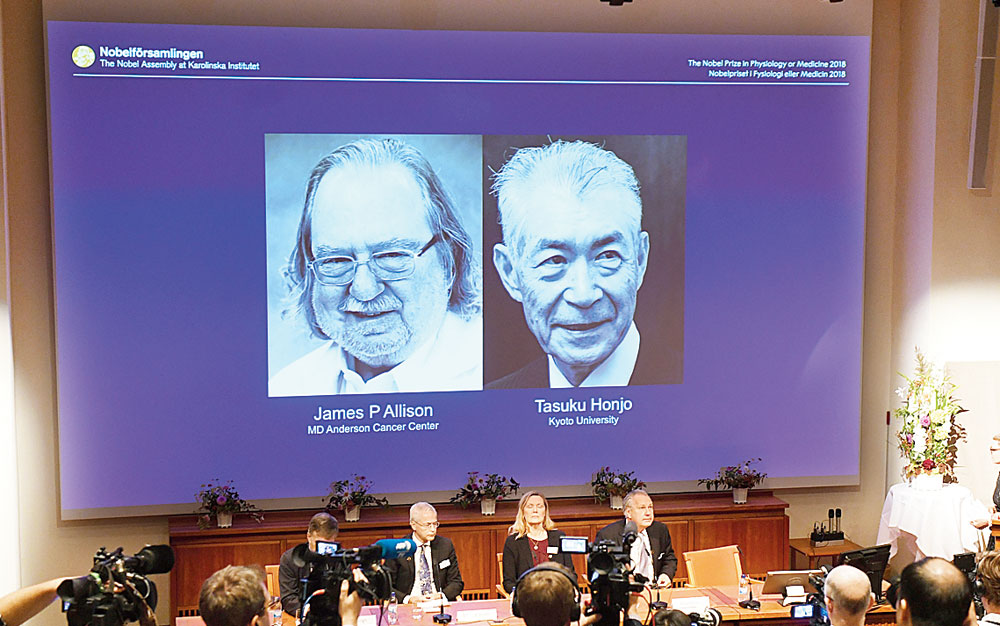 It was 1891. New York resident and Italian immigrant Zola — his first name has been lost to the mists of time — had an egg-sized malignant tumour on his neck that was nearly blocking his food pipe. In those days, the only way to treat cancerous diseases was surgery. So Zola went to see Dr William Coley, the head of the Bone Sarcoma Unit at the Memorial Hospital in New York, US.

Dr Coley’s first cancer patient, a 18-year-old girl, had just lost her fight with cancer, leaving him distraught but determined to find a way to arrest the disease. He had been looking in the archives of the hospital and found cases of patients who recovered completely from cancer after contracting a streptococcal infection. That gave him the idea that, perhaps, a bacterial infection can bolster the body’s defence mechanism, helping it fight cancer. To find out, he created a mixture of bacteria that he would call Coley’s Toxin or Coley’s Fluid. Following the path indicated by Edward Jenner and Louis Pasteur, the mixture had two kinds of bacteria — Streptococcus pyogenes and inactivated Serratia mercescens, better known these days for its role in hospital-acquired infections. He reasoned that this mixture, when injected, would induce the body’s immune system to attack and kill cancer cells.

Dr Coley injected Zola with this mixture repeatedly till he developed a fever. Soon after, Zola’s tumour started melting and eventually disappeared. His was perhaps the first case of cancer being treated successfully with immune therapy in modern times. Elated, Dr Coley treated several other sarcoma patients with Coley’s Fluid and, in 1893, published a report on this new way of treatment in the American Journal of Medical Science. It was the first study on using immunotherapy to treat cancer.

While very few remember Zola’s name and treatment, most people know of Jimmy Carter, the former president of the US. In August 2015, Carter announced that his melanoma was spreading to the brain and other organs. The situation seemed hopeless but his doctors took a radical approach: instead of the common practices of radiotherapy and chemotherapy, they decided to try immunotherapy, which saved Carter’s life. The process that they used was developed by James P. Allison and Dr Tasuku Honjo, who won this year’s Nobel Prize in Medicine for their path-breaking work. Coincidentally, the duo will be handed over the prize on the 125th anniversary of the first paper, written by a bone doctor from New York, on using immunotherapy to battle cancer.

Allison and Honjo’s method of immunotherapy, however, is quite different from the approach taken by Dr Coley. The current Nobel winners found out a way to unleash the power of immune cells, specifically T-cells — a type of white blood cells. In 1990, while working on T-cells with Jeff Bluestone at the University of California, Berkeley, Allison discovered a protein — CTLA-4 — in T-cells. Allison predicted that this protein switches off T-cells, which is why they do not attack cancerous cells. After six more years of research, Allison discovered how to block CTLA-4. It was the pivotal moment in tumour immunotherapy. If CTLA-4 is blocked, T-cells become active and can attack and kill cancer cells. Meanwhile Dr Tasuku Honjo from Kyoto University in Japan was also working on the same thing. He discovered an inducible gene, PD-1, which also held back T-cells from destroying cancer cells.

Allison and Honjo’s discoveries led to checkpoint inhibitors, the first class of drugs designed to co-opt T-cells in the fight against cancer. The US Food and Drug Administration (FDA) approved the first checkpoint inhibitor in 2011. Just how successful these medicines are has been proven by the fact that their inventors were awarded a Nobel only seven years later.

Unfortunately, Dr Coley’s fate was very different. Though his magic soup, Coley’s Fluid, was used to successfully treat more than a thousand patients, contemporaries viewed his success with suspicion because he could not explain why or how his treatment worked. In 1899, Coley’s Fluid became commercially available and in 1902 Coley received financial assistance from the Rockefeller and Huntington families — believed to be the first private patronage to study cancer in the US. Despite this, Coley’s method was eventually displaced by radiation therapy. Perhaps the main reason was that Dr James Ewing, who championed radiotherapy and also happened to be Coley’s boss, tagged immunotherapy as “dangerous”. Dr Ewing was the most famous pathologist of his time in the US and through his advocacy, radiation therapy was officially adopted as the way to treat cancer.

While we will never know if Dr Ewing discredited Dr Coley’s treatment because of professional jealousy, it is undeniable that the late nineteenth and early twentieth centuries were the era of radiation physics. German physicist Wilhelm Roentgen, inventor of the X-ray, won the first Nobel Prize in Physics in 1901 while Pierre and Marie Curie won it in 1903 for their work on radiation. It was the flavour of the times and both scientists and their patrons were more interested in radiotherapy. It was only after the scientific community realised the hazards of radio and chemotherapy that it started showing an interest in immunotherapy.

While Allison and Honjo’s efforts to treat cancer through immunotherapy is truly pioneering, it is also true that this is immunotherapy’s time. Dr Coley was much before his time. Otherwise, Zola would be as famous as Carter, at least in the medical world. 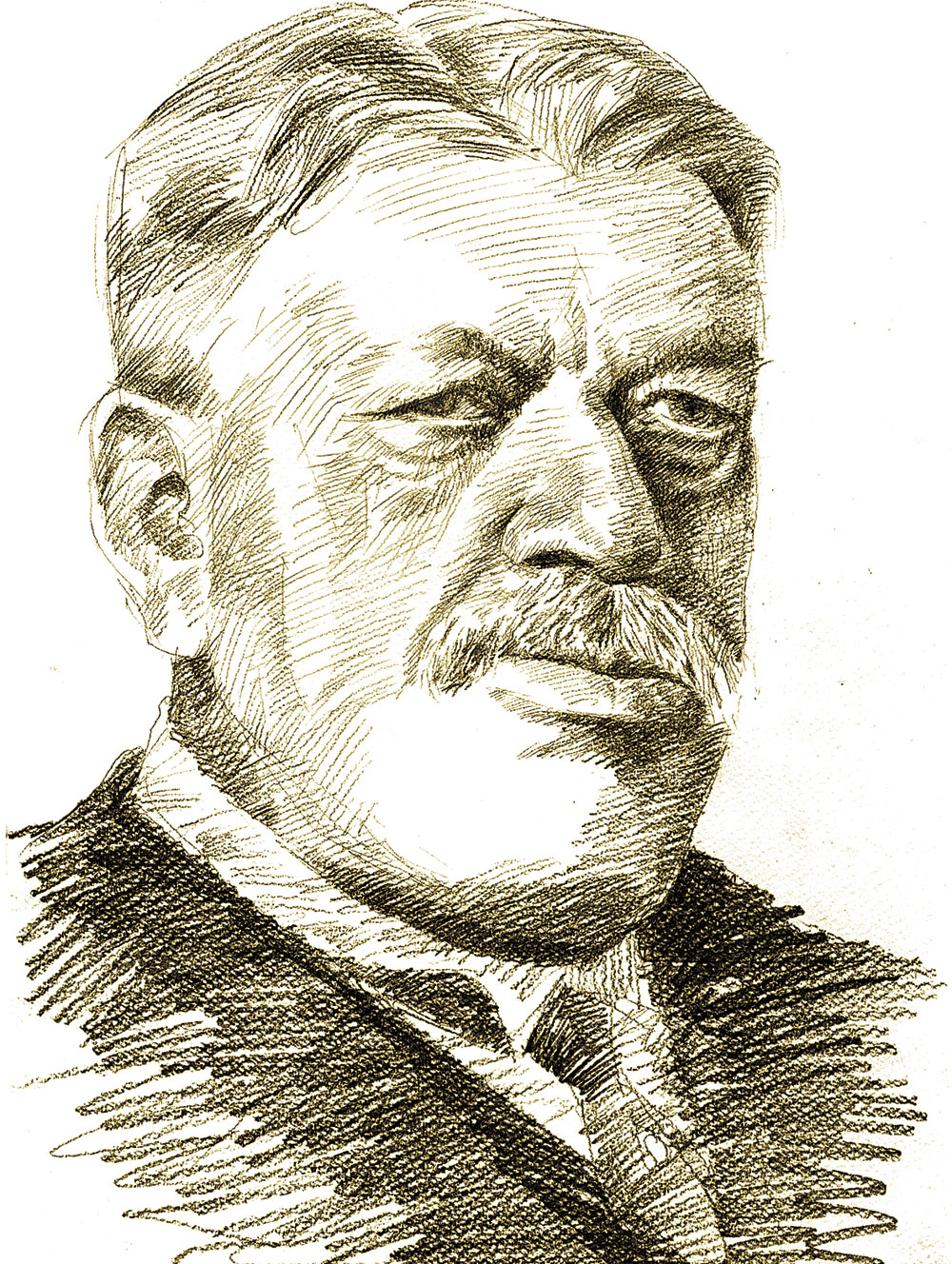