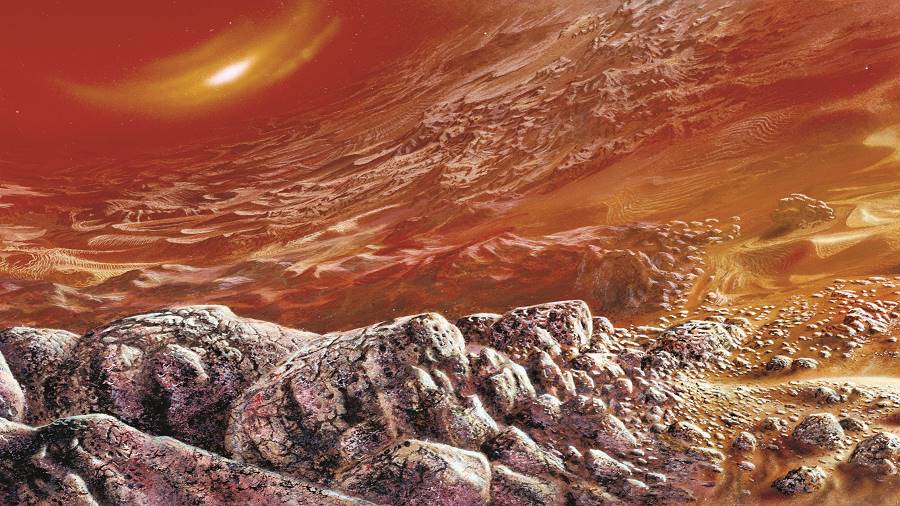 High in the toxic atmosphere of the planet Venus, astronomers on Earth have discovered signs of what might be life. If the discovery is confirmed by additional telescope observations and future space missions, it could turn the gaze of scientists towards one of the brightest objects in the night sky. Few have focussed on Venus — cloaked by clouds that contain droplets of corrosive sulphuric acid — as a habitat for something living.

The astronomers, who reported the finding in a pair of papers, have with powerful telescopes detected a chemical — phosphine — in the thick Venus atmosphere. After much analysis, the scientists assert that something now alive is the only explanation for the chemical’s source.

“This finding will fuel more research into the possibilities for life in Venus’ atmosphere,” said Sara Seager, a planetary scientist at the Massachusetts Institute of Technology, US, and an author of the papers (one published in Nature Astronomy and another submitted to Astrobiology).

“We know that it is an extraordinary discovery,” said Clara Sousa-Silva, a molecular astrophysicist at Harvard University, US, whose research has focussed on phosphine and who is another of the authors. “We may not know just how extraordinary without going back to Venus.”

Jim Bridenstine, the administrator of Nasa, responded to the finding on Twitter, saying, “It’s time to prioritise Venus.”
Often called Earth’s twin, Venus is roughly the same mass as Earth. Many scientists think that Venus was once covered in water and possessed an atmosphere where life as we know it could have flourished.

Today, Venus has an atmosphere stifled by carbon dioxide and surface temperatures that average 800° Fahrenheit. The dense atmosphere exerts a pressure of more than 1,300 pounds (590kg) per square inch on the surface — more than 90 times the pressure on Earth.

Venus is hardly a place that makes visiting or research easy. Space programmes have tried dozens of robotic missions to Venus, many of them in the Soviet Union’s Venera series. But the planet eats metal, within minutes melting down and crushing spacecraft that have landed there. Only two managed to directly capture images of the planet’s surface. Whereas Mars is currently ringed by orbiters and prowled by Nasa rovers, Venus is being studied by only one probe, the Japanese spacecraft Akatsuki.

Although the surface of Venus is like a blast furnace, a cloud layer just 31 miles (50km) below the top of its atmosphere may reach temperatures as low as 86°F (30° Celsius) and has a pressure similar to that at ground level on Earth. Many planetary scientists, including Carl Sagan and Harold Morowitz who proposed the idea 53 years ago, have hypothesised life may exist there.

Jane Greaves, an astronomer at Cardiff University in Wales, UK, set out in June 2017 to test that hypothesis, looking for signs of various molecules on Venus. Different species of molecules absorb radio waves coming through the clouds at different characteristic wavelengths. One of the chemicals was phosphine.

Chemists compare phosphine to a pyramid — one atom of phosphorus topping a base of three hydrogen atoms. Nasa spacecraft Cassini detected it in the atmospheres of Jupiter and Saturn. In that setting, Sousa-Silva said, life is not necessary to form phosphine. The immense heat and pressures can jam the phosphorous and hydrogen atoms together to form the molecule.

But on smaller, rocky planets like Earth and Venus, there is not enough energy to produce copious amounts of phosphine in the same way. There is one thing, however, that appears to be very good at producing it: anaerobic life, or microbial organisms that don’t require oxygen.

On such worlds, “as far as we can tell, only life can make phosphine,” Sousa-Silva said. She has long studied the gas, on the theory that finding it being emitted from rocky planets that orbit distant stars could be proof that life exists elsewhere in the Milky Way.

On Earth, phosphine is found in our intestines, the faeces of badgers and penguins, and some deep sea worms, as well as other environments associated with anaerobic organisms. It is also extremely poisonous. But scientists have yet to explain how Earth microbes make it.

“We’ve seen it associated with where microbes are but we have not seen a microbe do it, which is a subtle difference but an important one,” said Matthew Pasek, a geoscientist at the University of South Florida in Tampa, US.

Sousa-Silva was surprised when Greaves said that she had detected phosphine. If there really was phosphine on Venus, she believed there could be no other obvious explanation than anaerobic life. The team spent a year re-creating the Venusian environment in computer simulations to test different explanations for the phosphine’s source and abundance.

“The light is constantly breaking the phosphine down, so you have to continuously replenish it,” said William Bains, a biochemist at MIT and one of the co-authors of the papers.

Volcanic activity and lightning on Venus would not be sufficient to add more of this constantly disappearing phosphine, according to the researchers’ models. But living things could emit enough of the gas.

“This can hardly be taken as a biosignature,” Gerald Joyce, a biologist at the Salk Institute in California, US, who has experimented with creating life in the lab, said in an email. In their own paper, he noted, the researchers wrote “the detection of phosphine is not robust evidence for life, only for anomalous and unexplained chemistry”.

In a paper published in August, Seager and her colleagues suggested that microbes borne aloft on air currents called gravity waves could live, metabolise and reproduce inside droplets of sulfuric acid and water. And given the amount of gas being produced, the population of these microbes would be ample.

As to how these microbes got there, the best guess is that they originated on the surface when Venus had oceans. They were forced into the skies when the planet dried up.

Before they get carried away by their imagination, the researchers want to gather more data and see their models tested. Robotic space missions to Venus could also advance the search.