How Europe’s royals once shared their most treasured secrets 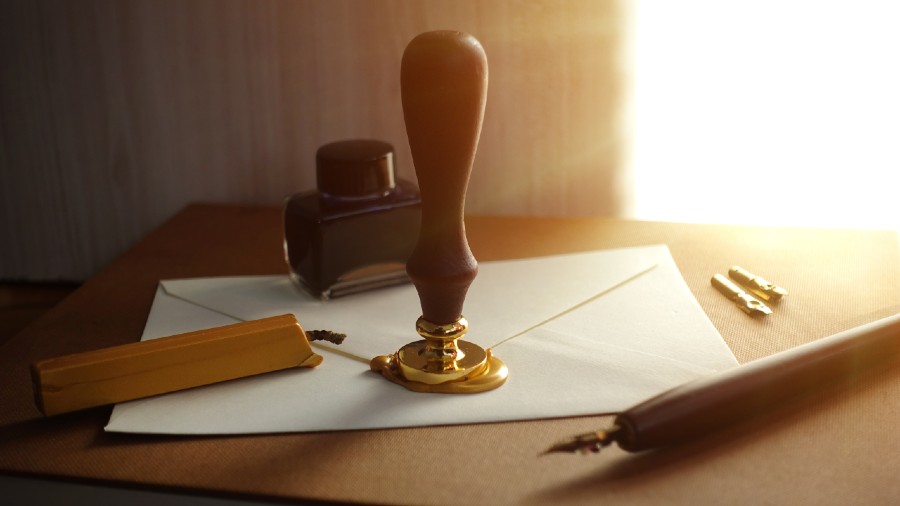 To safeguard the most important royal correspondence against snoops and spies in the 16th century, writers employed a complicated means of security. They’d fold the letter, then cut a dangling strip, using that as an improvised thread to sew stitches that locked the letter and turned the flat writing paper into its own envelope. To get inside, a spy would have to snip the lock open, an act impossible to go undetected.

Catherine de’ Medici used the method in 1570 — a time she governed France while her ill son, King Charles IX, sat on its throne. Queen Elizabeth I did so in 1573 as the sovereign ruler of England and Ireland. And Mary Queen of Scots used it in 1587 just hours before her long effort to unite Britain ended in her beheading.

“These people knew more than one way to send a letter, and they chose this one,” said Jana Dambrogio, lead author of a study that details Renaissance-era politicians’ use of the technique, and a conservator at the Massachusetts Institute of Technology Libraries, US. “You had to be highly confident to make a spiral lock. If you made a mistake, you’d have to start all over, which could take hours of rewriting and restitching. It’s fascinating. They took great pains to build up their security.”

Disclosure of the method’s wide use among European royalty is the latest venture of a group of scholars, centred at MIT, into a vanished art they call letterlocking — an early form of communications security that they’re busy resurrecting. Early last year, they reported their development of a virtual-reality technique that let them peer into locked letters without tearing them apart and damaging the historical record.

Now, in a detailed article that appeared recently in the Electronic British Library Journal, the scholars lay out their expanding universe of discoveries and questions. They showcase instances of spiral letterlocking among the queens and posit that the method “spread across European courts through royal correspondence”.

Although the use of locked letters faded in the 1830s with the emergence of mass-produced envelopes and improved systems of mail delivery, it’s now seen as a fascinating precursor to the widespread encryption used globally in electronic communications.

In their recent paper, the authors use case studies of locked letters, as well as graphic illustrations and detailed descriptions of the process, to reveal what they’ve learned in two decades of study. The paper’s main objective is to help other scholars identify when the technique was used in historic letters that have already been opened, flattened and frequently repaired in ways that leave few traces of their original state.

The authors say collections of libraries and archives often hold examples of letterlocking that are hidden in plain sight. Knowledge of the technique, they add, can be used to recover nuances of personal communication that, until now, have been lost to history.

“We hope,” the authors write, that their finds prompt “novel kinds of archival research, and allow even very well-known artefacts to be examined anew.”

The nine authors of the new paper, in addition to Dambrogio, include students at MIT as well as scholars from King’s College London, the University of Glasgow and the British Library. The British Library has an ongoing exhibition that highlights some of the unlocked letters.

A main case study of the new article is a letter written in 1570 by Catherine de’ Medici, who as queen consort, queen mother and regent played leading roles for nearly a half-century in the political life of France. The scholars found it for sale online and MIT acquired it. Catherine wrote her letter to Raimond de Beccarie, a French soldier, politician and diplomat. An MIT video shows a re-enactment of how Catherine or one of her assistants folded and locked the letter.

In their paper, the authors go through the procedure in considerable detail because the surviving letter retained as much as 99 per cent of the complicated locking mechanism, allowing a thorough reconstruction of the individual steps. They also zoom in on a paper seal over the lock that reveals clear impressions of Catherine’s coat of arms.

In their royal tour, the scholars examine a letter Elizabeth wrote in 1573 to the man who soon after took the French throne as King Henry III. They say it illustrates how the spiral lock was used at the highest level of European diplomatic negotiations.

They also examine two locked letters sent by Mary Queen of Scots, including the one she wrote in 1587 just before her beheading. Alison Wiggins, a scholar at the University of Glasgow and co-author of the study, argues that Mary’s repeated use of spiral locks on her letters gave them not only security but also a kind of cachet. The combined effect of the lock, her own handwriting and her signature, Wiggins wrote, let Mary “build bonds of affinity and kinship and assurances of authenticity.”

Dambrogio said that although the new article centered on women, men, too, used the technique.

“We’re still in the-fact gathering stage,” Dambrogio said. It will take years of further study, she added, to develop a comprehensive social picture of the method’s use.