Advertisement
Home / Science-tech / How to stay safe and secure on the internet?

How to stay safe and secure on the internet?

There are some easy steps to improve your online privacy 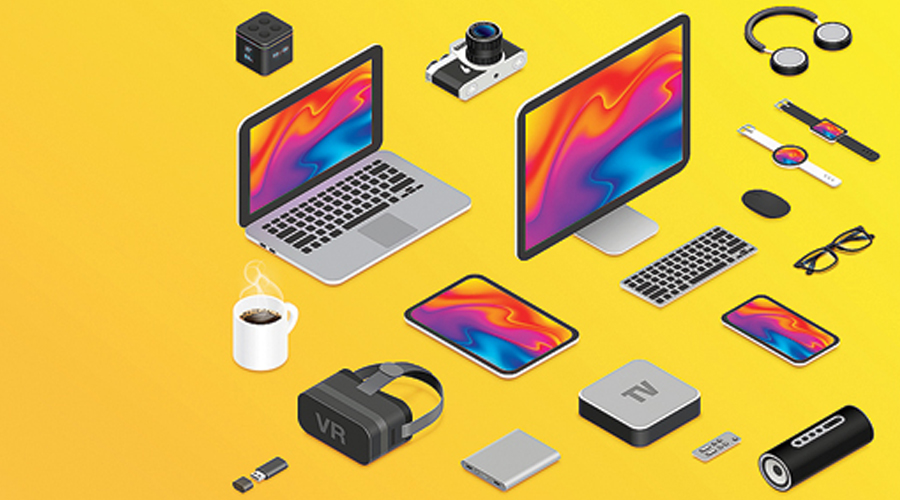 Lately, a lot of relatives and friends have been asking about ways to have more privacy online. Getting ads for chocolate chips after searching for the same on Google is one thing but what about the indirect outcome of searches for serious issues, like mental health or medicines? In her recently-published book Privacy is Power, Carissa Veliz writes: “If you’re reading this book, you probably already know your personal data is being collected, stored and analysed.”

There has been a change — for the better — of attitude towards privacy in the last couple of years but there are plenty of issues that need to be tackled. We often get asked about some apps and terms related to privacy. Here’s a ready reckoner.

Get a VPN service

Yes, the eyes have that mischievous glint but VPNs or virtual private networks go far beyond streaming shows that are not allowed in your geographic location. Consider VPN to be an encrypted tunnel between you and a server operated by a VPN service. All your data takes this tunnel, keeping it safe from everyone. It’s like adding a layer of security to your web browsing. When you are using a VPN, it can stop your computer or smartphone from revealing your IP address to websites and services. How does it help? Your IP address can give away your location. Once your web traffic goes through a secure connection to the VPN’s server, unwanted parties can see the VPN’s IP address and not the one connected to your home or office. Your data is important. And third parties shouldn’t be able to use the data or sell the data. There are a few tech giants that make money off your online behaviour. VPNs form a stumbling block in their way.

There are countless VPN services on offer but before zeroing in on one, check out if the ones you shortlist can be trusted. Personally, I like Mullvad, which is transparent about its privacy practices as well as pricing. You can pay using credit card or PayPal. What we found lacking in Mullvad is a free trial period but it certainly makes browsing appear safer. IVPN is another option and depending on how many devices you would like to set it up on, choose the service.

Of course, a VPN is not foolproof. There are multiple ways to track your online behaviour and cookies allow companies to track your Internet usage. Then there is the issue of certain websites — like Netflix — looking at VPN traffic with suspicion and won’t allow you to connect easily.

ProtonMail if you are wary of popular email services

It is an encrypted email service based in Switzerland. Just pick any of your current email service provider and chances are that you will spot a few weaknesses. Offering end-to-end encryption to your emails, third-parties won’t have access to your messages. Although you will not have all the features that can be enjoyed on Gmail, this is about privacy.

The biggest turn off for most would be the fact that ProtonMail comes with a price tag. It’s not cheap. For those looking for secure email with some advanced features, the price tag is Euro four a month. It’s also important to remember that no matter what email service you use, the privacy aspect also depends a lot on the email service being used by your friends or colleagues. Agreed that your email service isn’t scanning your inbox but that doesn’t mean that your friend’s email service is not doing the same when you send him or her an email. Privacy is truly a costly commodity. 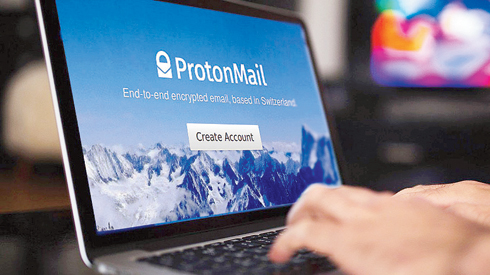 It is the most impressive end-to-end encrypted text messaging app out there with endorsements from NSA whistleblower Edward Snowden as well as WhatsApp founder Brian Acton, who left his company in 2018 to serve as executive director of Signal Foundation. What encryption does to your messages and calls is turn them into gibberish that can only be decrypted by the intended recipient. Not even the app’s maker can break Signal’s encryption, which hasn’t gone down well with governments around the world; many of them say that encrypted messaging apps make it difficult to track down criminals. But it’s not always government surveillance that people are worried about. Signal protects its users from third-parties that can intercept business secrets.

Using Signal, you can do all that’s usually done, send text, audio messages to individuals and groups, make video calls and so on. One tool that has impressed many is the blur tool, which can be used to obscure sensitive information on documents or faces in photos.

You may argue that WhatsApp too offers end-to-end encryption. Signal was started by Moxie Marlinspike and in 2015 he said: “Privacy is at an all-time low, and surveillance is at an all-time high.” The app has always been about privacy. The app also doesn’t log much information (metadata) about the nature of the messages themselves. “Signal makes it a point to keep as little data as possible while still being able to provide service,” said Lujo Bauer, professor of computer science at Carnegie Mellon University, to The Wall Street Journal.

Also, Signal data is stored locally. When you switch handsets, you have to manually transfer your old Signal messages over. A lot of my friends have moved over to the app not because they have anything to hide but they take privacy seriously. 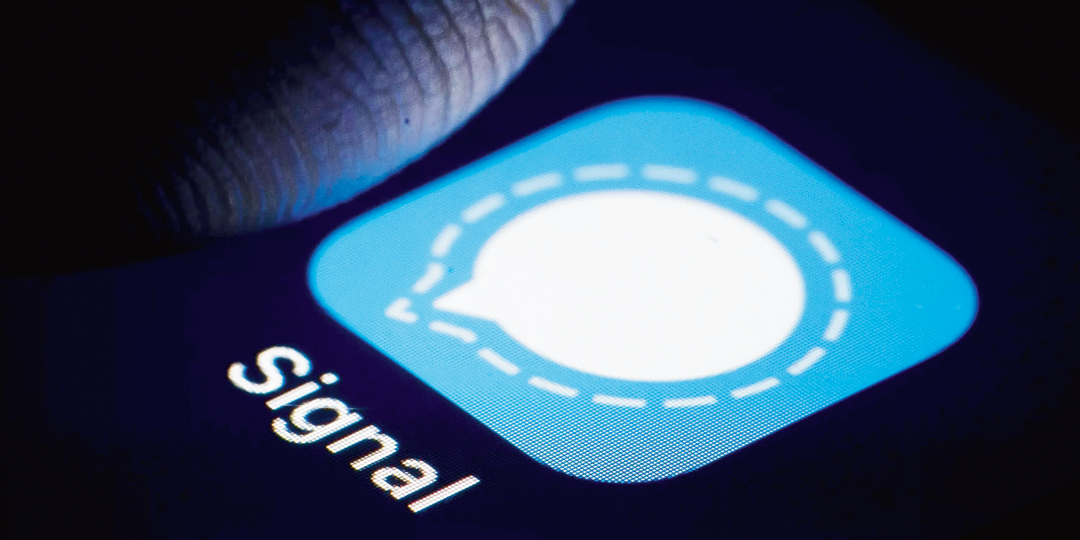 Telegram for talking to large groups

In case you are not using Telegram, hear this: your friends and colleagues are. From journalists to actors to anybody who wants to — as The Guardian puts it — combine the immediacy of a Twitter feed with focus of an email newsletter, this is it. The biggest strength of the app is what is called “channels”, which allows its moderator or host to share information quickly with a large group of people, like with 200,000 members.

Created by the reclusive Russian exile Pavel Durov, there are obvious reasons why the app is not liked by governments. Take the example of mass protests in Belarus since August 9 when President Alexander Lukashenko had won a landslide victory. When protestors took to the streets of the country’s capital Minsk, there was news of beatings from police. Members running different channels sent out updates, videos and contacts of human rights activists. The app was also used widely during the recent Hong Kong protests.

Using the app you can share massive amounts of information without worrying about privacy. Telegram said in April it had reached 400 million monthly active users. Lately, the app has been in the news for becoming a destination for pirated content.

Apple is going in the right direction

Getting an iPhone won’t make all privacy issues go away. Having said that, Apple is making it tough for apps to trace you. Each day, we use several apps and many of them have invisible trackers running in the background. We just don’t know what it is going through. It could be our location, our email addresses, our phone numbers... the objective is to deliver targeted ads. With iOS 14, third-party apps need to ask for your permission to track you, giving users of iPad and the iPhone more control over what is being shared. For example, instead of sharing your exact location, you can share your approximate location, which only gives developers a rough idea of where you are. Of course, apps still have their way but you have better control over things. 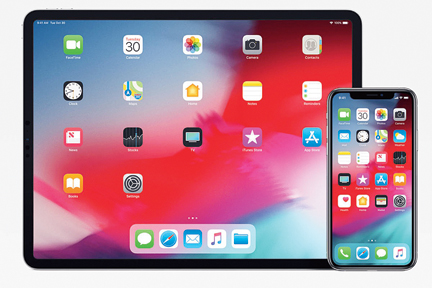 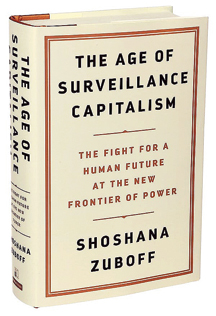 The Age of Surveillance Capitalism, Shoshana Zuboff: Under surveillance capitalism you are not the customer or even the product: you are the raw material.

The Known Citizen, Sarah E. Igo: What to share and when, how much to expose and to whom. Securing the boundary between one’s private affairs and public identity has become a central task of citizenship. 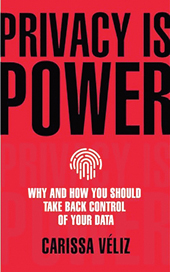 Privacy is Power, Carissa Veliz: The moment you check your phone in the morning you are giving away your data.