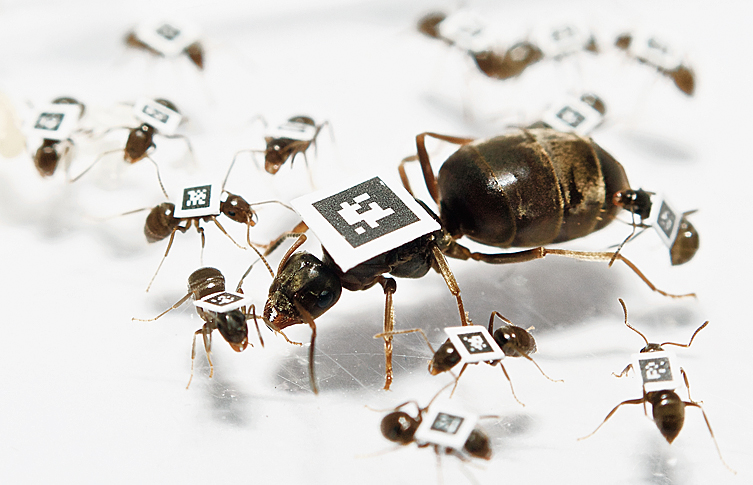 Biologists have detected what they say is the first evidence of changes in the social networks of ants through collective altered behaviour to protect their colonies from potentially deadly infections.

The scientists, who intentionally introduced a fungus in ant colonies grown in their laboratory, found that the fungus-contaminated ants and the uncontaminated ants stayed away from each other, displaying behavioural changes that protected vulnerable members of their colonies.

“The isolation of sick individuals had been observed earlier in ants and honeybees,” said Nathalie Stroeymeyt, an evolutionary scientist and lead researcher at the University of Lausanne in Switzerland.

“But this is the first time we’re seeing behaviour changes in contaminated and healthy ants affecting their colonies’ social networks.”

The findings point towards evolutionary mechanisms meant to prevent infections from spreading within colonies of social insects that are extremely vulnerable to infections because of their high population counts, frequent physical contact between individuals, and genetic similarities.

The study was published in the US journal Science on Friday.

Stroeymeyt and her colleagues in Lausanne and at the Institute of Science and Technology, Austria, used an automated system to track the movements of thousands of black garden ants, maintained in 22 colonies, before and after exposing about 10 per cent of the worker ants to fungal spores.

They noticed changes in the ants’ behaviour even before the fungus-exposed ants had become sick. In the presence of the fungal spores, the ants changed how they interacted with each other -– the foragers and the nurses had fewer contacts with one another.

Using sensitive laboratory techniques, the scientists also found that this altered behaviour lowered the risk of the transfer of fungal spores from the infected ants to the others.

A few individuals received a high dose of the fungus but more ants received a low dose that, the scientists believe, could help bolster their immunity from future infections.

“The ants’ immune system can deal well with this lower pathogen level, which provides a form of immune memory,” Sylvia Cremer, an evolutionary biologist at the Institute of Science and Technology, said in a media release.

Stroeymeyt said the precise mechanisms through which the ants are able to detect the arrival of the fungus and subsequently alter their behaviour and social networking remain unclear.

“The detection itself may be through the sense of smell, which is very developed in ants,” Stroeymeyt said.