Hydrogen might be the fuel of the future, but what has so far come between the cup and the lip? 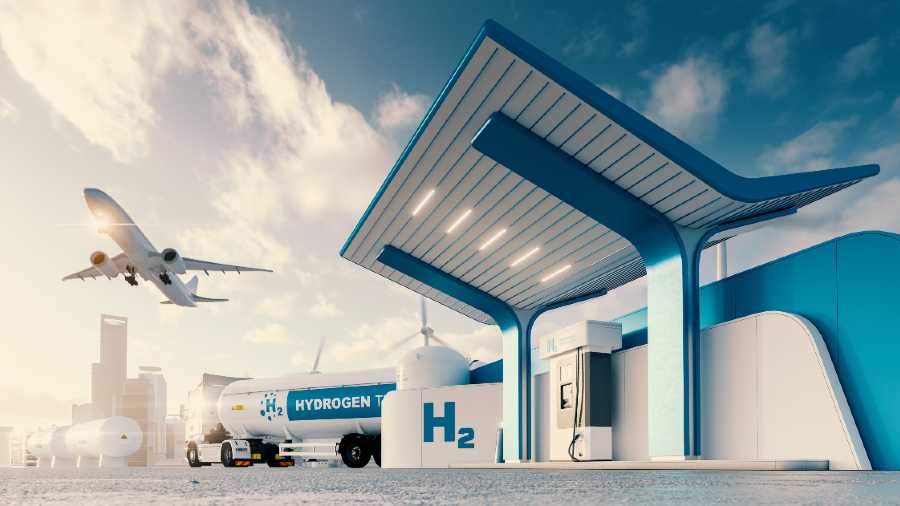 The periodic table’s lightest element is a colourless and odourless gas — hydrogen. Over the past decade, it has become the subject of chatter among energy professionals globally. But hydrogen has been used as a chemical for agriculture and fuel refining for decades, so why the sudden interest?

The real answer is a combination of causes — scientific advancement, political pressure and the looming problem of global warming that has been proven to be a result of human activity, according to the Intergovernmental Panel for Climate Change (IPCC) in 2021. Hydrogen has emerged a potential one-stop solution to tackle climate change.

Hydrogen is sourced mainly from coal and natural gas, and its production emits a lot of carbon dioxide (between 20 and 100 per cent more than that of burning petrol, per kilogram). In light of

the IPCC report and the Paris Climate Agreement to limit global warming to 1.50°C by 2050, there is a lot of pressure on innovators, investors and policymakers to look for ways to reduce emissions. Seemingly a panacea has emerged — green hydrogen.

A zero-emissions eco-friendly method of making hydrogen is from water. The energy to do this can come from sunlight or wind. This is called green hydrogen. If we use green hydrogen in agriculture and the fuels sector, instead of hydrogen from natural gas or coal, we should be able to eliminate millions of gigatons of carbon dioxide from the earth’s atmosphere. Sounds fascinating, right? Let us look at some key questions.

How easy is it to make hydrogen from water?

The 2021 state-of-art green hydrogen production is about 70 per cent efficient. Meaning, you throw away about one-third of the renewable energy you put in to split water into hydrogen and oxygen. Then there is the renewable energy source intermittency — the sun doesn’t always shine or the wind doesn’t always blow, so we need giant, inexpensive batteries to store energy for 24x7 hydrogen manufacture. This is essential to keep costs low. However, the addition of grid energy storage elevates costs. This trade-off will be crucial for energy researchers and start-ups to solve, and there are billions of dollars committed to solving this problem globally.

How easy is it to store and distribute large quantities of the gas?

While considering a new source of energy, one has to think about how to make large quantities of it. The first step is to make giant electrolysers (equipment used to convert water into hydrogen) to make a lot of hydrogen. Next step is to store it and pump it to the point where it will be used. This is a key challenge with hydrogen because it is a gas. Gases are prone to leakage during transportation and need to be stored at high pressure in specialised tanks. Hydrogen needs to be stored and transported at pressures over 200 bars (where 1 bar is equal to atmospheric pressure). Expensive equipment is needed to prevent leakages and explosions, which adds on to production cost. There is not enough funding currently to solve storage and distribution infrastructure challenges. This should be a key target for policy action and private equity investors in clean technology.

What applications can use it inexpensively?

Green hydrogen is about 3-4 times more expensive than natural gas-sourced hydrogen, so without a carbon tax, there is no application where it is commercially feasible. However, with a combination of scaled-up electrolysers, technological innovation to improve efficiency and access to cheap and reliable solar or wind energy, the cost of green hydrogen is projected to approach parity with existing natural gas-sourced hydrogen by 2035. Sectors that already use hydrogen today — such as crude oil refining and agriculture — will be prime candidates for decarbonisation at that time.

What about hydrogen fuelled transportation and heating?

Electric vehicles are not only cheaper but also more efficient than hydrogen fuel-cell cars today. The heavily regulated aviation sector has stayed away from high-pressure hydrogen due to safety concerns and has gone the route of blending biofuels with jet fuel (dubbed “sustainable aviation fuels”). The shipping sector is traditionally slow-moving when it comes to innovation; green ammonia (ammonia produced from green hydrogen) is a prime candidate being pursued by multiple logistics firms to decarbonise shipping by 2050. Building heat in cold countries is typically done using electrified heat pumps, which is six times more efficient than heating with hydrogen. The case of industrial natural gas-driven boilers is promising — green hydrogen could significantly decarbonise this sector where electricity-driven heaters are not the most efficient option.

India recently announced its “net-zero” goal by 2070 at COP26 in Glasgow, and green hydrogen will be a key part of that strategy. With access to ample real estate and inexpensive research and development costs, labour and infrastructure, it is well-positioned to lead the declination of the cost curve of green hydrogen, analogous to how China led the declination of costs of solar panels from 2008 through 2015 by over 10 times. Once realised, India will be a key supplier of green hydrogen to manufacturing and agriculture industries globally.

The writer is a scientist and chemical engineer at the Massachusetts Institute of Technology, US. He has been researching clean energy and energy storage technologies, worked on hydrogen technologies at Apple and institutional venture capital firms