A gamified approach to geography quizzing, the recreation activity provides quiz where you guess a location by looking in Google Street View 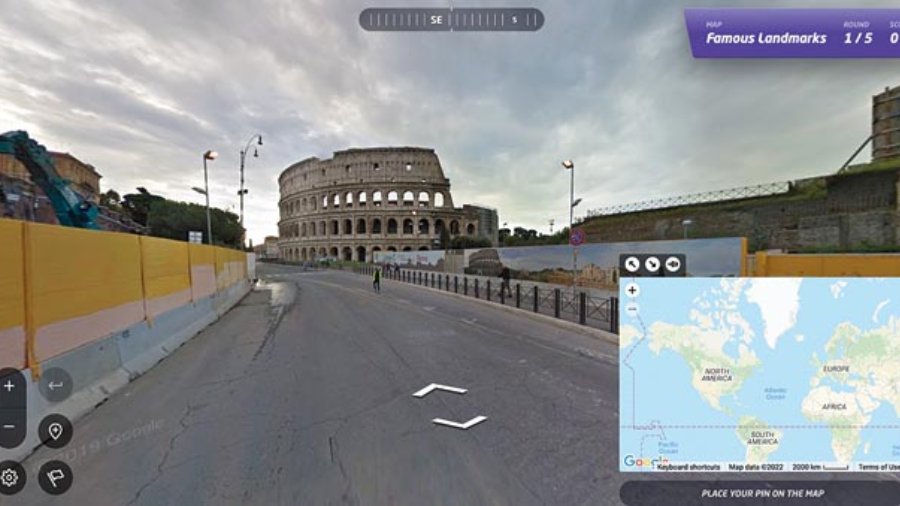 It’s a road like any other road, cutting through greenery and waterfront. There are two arrows and clicking on one takes the user closer to a landmark. A few clicks reveal something like the Sydney Opera House but from an angle that’s rarely seen. Guessing the location of the landmark means sticking a pin on the Google Map.

GeoGuessr, a gamified approach to geography quizzing, continues to enjoy logins from around the world. It’s a quiz where you guess a location by looking in Google Street View. It’s not simple after you strike bullseye a few times. The game gets tougher while the premise remains the same — closer you guess on the map, the more points you score.

Some of the locations can be absurd, like a stretch of prairie but that’s the very charm of the game. There are members of GeoGuessr community who have become stars, like the Englishman Tom Davies, who is better known as GeoWizard. A more recent phenomenon has been Trevor Rainbolt, a 23-year-old video producer in Los Angles. “I don’t think I’m some genius. It’s like a magician. To the magician, the trick is easy, but to everyone else, it’s a lot harder,” Rainbolt recently told The New York Times. But Rainbolt is not the top GeoGuessr player. That would probably be a Dutch teenager who goes by GeoStique. What Rainbolt has done differently lies in the way he has used social media.

Developer of the game

GeoGuessr was created in 2013 by a Swedish software engineer, Anton Wallen. “Was fiddling around with backbone and Google maps API v3 and decided to make a small application,” he wrote on Reddit and so was born the game. The rules are simple: the closer the guess, the more points you score.

Over the years, GeoGuessr has inspired alternatives, like City Guesser, PlayGeography and Geotastic. At the same time, the likes of GeoWizard or Tom Davies has pushed the boundaries and started playing real-life missions. In 2019, he made it a mission to attempt to cross Wales in a perfectly straight line, jumping over fences and probably been in places he shouldn’t be in. Another of his popular YouTube series is Geo Detectives, in which he, according to The New Yorker, pinpoints photos submitted by fans, sometimes solving long-standing family mysteries in the process.

The game has inspired the Genshin Impact version in which real-world locations are substituted with spots throughout Teyvat. Of course, the open world of Teyvat is way smaller than our planet, yet, the game has three expansive regions — Mondstadt, Liyue, and Inazuma, besides special areas like The Chasm and Dragonspine.

Be it after a hectic day or when you want to get away from the television and spend time with family members, Geoguessr is a great game to play and who knows, you may even end up ordering a few rounds of pizza over a few hours.

If Geography interests you

City Guesser: A browser game featuring videos. Choose a puzzle and at once you will be greeted by videos rather than Google Maps API. It’s addictive and you won’t be able to stop playing.

Geotastic: The crowdfunded multiplayer game is a good alternative to GeoGuessr but you need to register even though the game is free to play.

GetLost: The focus is on the US and India, the game uses randomised streetside maps, and there are hints to help the player guess the location.

Seterra: The game involves identifying countries, capitals and so on, and after five minutes, one may realise how little we know about the world.

Hide & Seek World: In the online multiplayer game, there is the involvement of turns. One person hides and a bunch of “seekers” will have to guess the location. Pick a difficult location to make the game challenging.

Zoomtastic: This is a web-only game and is best played on a laptop. You are given a picture and slowly the map zooms out while you get more clues. Choose the correct answer as soon as you can.