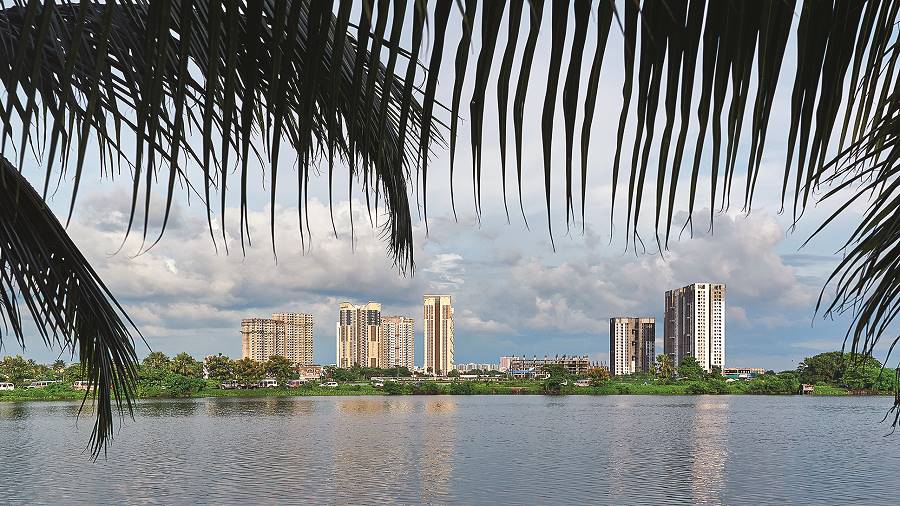 The East Kolkata Wetlands (EKW) is a natural wastewater treatment plant that was designated to be of international importance under the Unesco’s Ramsar Convention held in Iran in 1971
iStock
Dr Sasidulal Ghosh   |   Published 23.08.20, 05:15 PM

The East Kolkata Wetlands (EKW) is a natural wastewater treatment plant that was designated to be of international importance under the Unesco’s Ramsar Convention held in Iran in 1971. This unique wetland has a long history of metamorphosis from saltwater marshes to a freshwater aquaculture system, fed with the domestic sewage of a growing metropolis.

The EKW has been rendering livelihood opportunities to a large number of people in and around Calcutta through the production of fish and vegetables. The sewage-fed aquaculture is also a massive carbon sink that removes (or sequesters) enormous amounts of carbon dioxide produced in the city and on its fringes, and plays a critical role in protecting climate at a regional scale.

Nevertheless, this wetland system is now facing concerns that need to be resolved for the benefit of the farmers, consumers and the environment. At the moment, the biggest concern is the dwindling supply of sewage water to the fish ponds (called bheris). This is affecting fish production, jeopardising the livelihoods of thousands and depriving citizens of affordable food.

The wetland helps treat around 400 million litres of sewage and wastewater daily. The Kolkata Municipal Corporation (KMC) saves over Rs 180 crore every year — the cost of running an artificial sewage treatment plant (STP) — only because of this natural system. In simple terms, untreated sewage works as a feed in the ponds and is used to grow vegetables and paddy. Cheap fish and greens, grown at a minimum cost, are supplied to the city markets. The bheris are why the late engineer-ecologist Dhrubajyoti Ghosh once called Calcutta an ecologically subsidised city. The waterbody’s value as the city’s kidneys has been measured, but its worth as a carbon sink is yet to be evaluated by environmental experts.

The wetlands are remnants of vast stretches of saltwater lakes that once extended beyond the current international boundary of Bangladesh. Before 1830, this low-lying region acted as a spill reservoir for the Bidyadhari river on the eastern fringe and was used to farm brackish water fish such as bhetki (Lates calcarifer) and prawn (Macrobrachium rosenbergii). The area was gra-
dually rendered derelict due to the receding river and the cessation of tidal flow. This converted the entire area into a vast swamp — the Salt Lakes. The diversion of wastewater and storm water from the expanding metropolis flowing into the Salt Lakes caused a gradual change in the aquatic environment from saline to non-saline. This led to changes in the farming of fish in the region, especially in terms of species.

In 1929, a leading bheri owner and fish producer of this region noticed that the city’s sewage slush acts as a nutrient for fish. He successfully experimented with the process of farming fish in the wastewater-fed ponds and doubled the yield of his fish farm. Gradually, other bheri owners started drawing untreated sewage water into their fish ponds and wastewater-grown fish became a practice with species such as rohu (Labeo rohita), catla, (Catla catla), tilapia (Oreochromis mossambicus) and so on. Several tests on the bheri fish by independent scientists at regular intervals have found them safe for consumption. Today, most bheris — which cover about 3,800 hectares of the 5,852 hectares — use wastewater as fish feed.

These fish farmers, however, were unaware of the scientific fact that the high organic load of wastewater is broken down by the complex activity of microbes, algae and fish that enables organic wastes to be recycled into biomass through a unique ecosystem dynamics. In simple terms, untreated sewage is fed to the bheris where it is allowed to stand in the sun. The heat from the sun helps planktons — aquatic organisms including certain algae, bacteria, protozoans, crustaceans and so on — grow in the ponds. These planktons in turn become nutritious food for the fish.

The two main types of plankton are phytoplankton, which are plants, and zooplankton, which are animals. Phytoplanktons regulate the recycling of dissolved and volatile carbon at the air-water interface and act as a carbon sink. The uptake of carbon dioxide at the water surface is correlated with primary productivity, phytoplankton biomass and solar radiation on the water surface. Absorbed carbon dioxide is transformed into organic carbon through phytoplankton and through grazing, it is transferred to zooplankton, which is the main food source for fish. In the process, the waste gets treated and the effluent is used to grow paddy and vegetables. Unlike in most other wetlands, the sewage-fed fisheries system of the EKW is tremendously dynamic, as sewage is added on a daily basis in these ponds.

However, in the last decade the supply of wastewater to the ponds has gradually decreased. The bheris barely get 30 per cent of the required quantity of sewage from the canals of the KMC, and the state irrigation and waterways department. Due to a lack of interest in the EKW and poor management by government authorities, the pumps meant to release sewage water to the bheris are not properly operated. Canals that supply water to the ponds are silted and seldom cleaned. As a result, untreated sewage water is directly drained into the estuarine rivers Kultigong and Bidyadhari, jeopardising the natural sewage treatment process.

The fishfarmers’ Jalabhumi Bachao, or Save the Wetlands, committee has been fighting for years for redressal without any effect. The situation has drastically deteriorated in the current situation of lockdown due to Covid-19. Fish and vegetable production has gone down to an abysmal level, putting thousands out of jobs.

The EKW is a replicable model of an impeccable sewage management system that is also efficient in carbon sequestration. It must be saved at any cost.