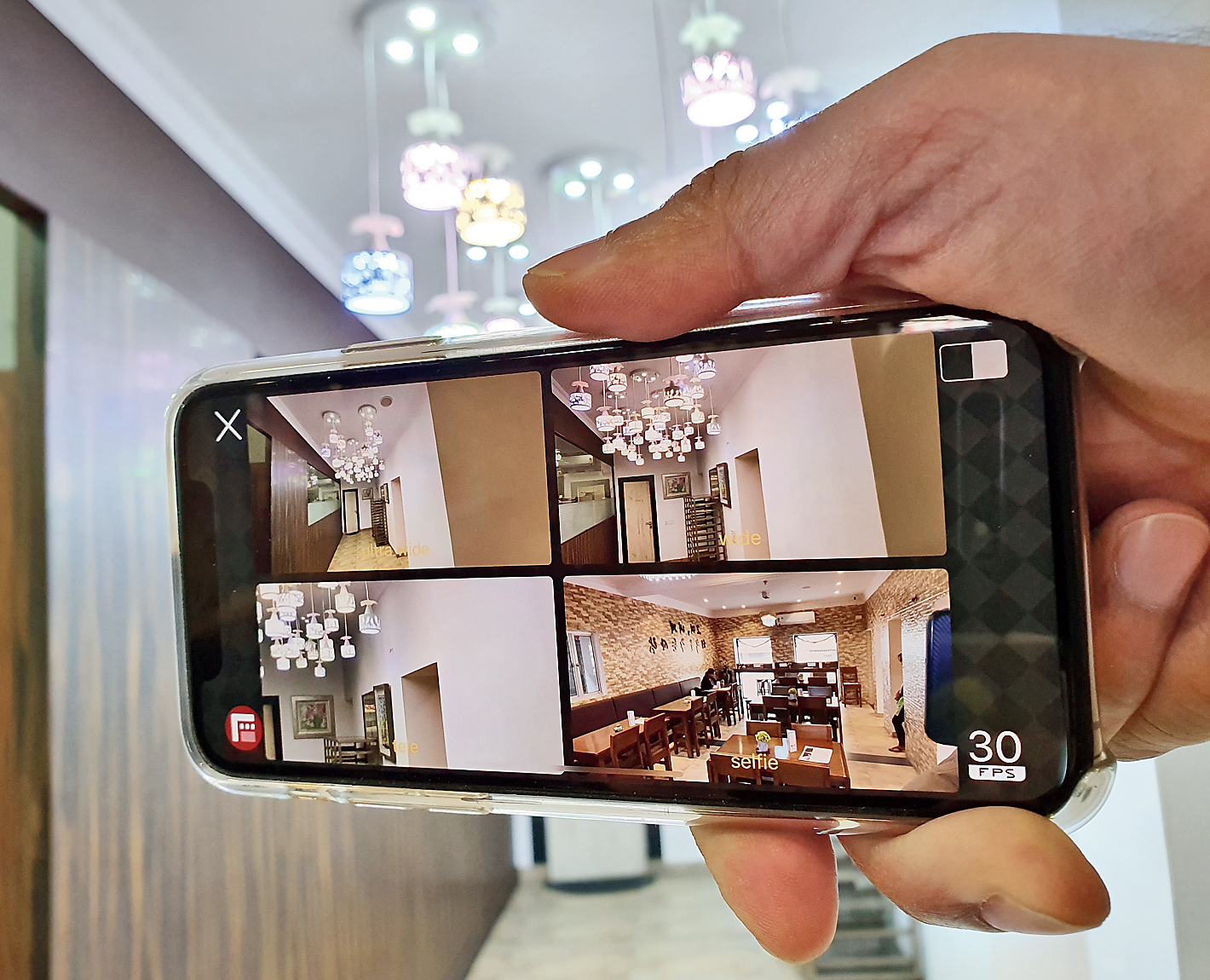 There is no stopping Apple. “We are thrilled to report Apple’s highest quarterly revenue ever, fuelled by strong demand for our iPhone 11 and iPhone 11 Pro models, and all-time records for services and wearables,” said Apple CEO Tim Cook recently. “During the holiday quarter our active installed base of devices grew in each of our geographic segments and has now reached over 1.5 billion.”

Much of the credit goes to the company’s latest phones, which include the best camera system that the company has offered in years. Take for example the iPhone 11 Pro, which has a very powerful video system. All the three cameras shoot 4K at 60fps while ensuring users consistent image capture across all lenses. And this brilliant camera set-up has motivated Filmic to work on an app which was first showcased at the launch of the new series of phones in September last year. On stage was film director Sean Baker, who used iPhones and Filmic software to capture Tangerine in 2015, a feature film that made its way to Sundance. The partnership continues. And today we have a new app from Filmic called DoubleTake, which ensures the iPhone remains a game changer.

Apple users can now use two cameras (out of the four on the iPhone 11 Pro and Pro Max — three on the rear and selfie; the app also works on iPhone 11 and XS, XS Max, XR) simultaneously to record videos on a single interface. The viewfinder has been divided into individual feeds. With two cameras rolling, filmmakers like Sean Baker will get twice as much coverage, reducing the number of takes while giving him more options while composing shots. Instead of adding it to the Filmic app (which is a paid software), the company has come up with a separate offering, which is entirely free.

The interface is simple. On four corners are four icons. On the top left is an icon, which takes users to recorded videos. Click on the top right to switch between different video modes. Bottom right contains the record button while on the bottom left is a lens icon, which allows you to choose from the four cameras (we used the iPhone 11 Pro to experience the app) — ultra-wide, wide, telephoto and the front-facing selfie camera.

First you click on the lens button and then tap on the two lenses you want as Cam A and B. Next choose the frame rate, which can be between 24 and 30. Next come to the top right where the three shooting modes are — split screen, picture-in-picture and discreet.

The easiest one first. As the name suggests, split screen divides your viewfinder in half, recording each camera simultaneously. This is particularly helpful if you are having a conversation with someone and reactions on both sides are recorded.

Picture-in-picture has Cam A as the main view while Cam B appears in the form of a floating box, which you can move, dismiss or bring back. Whatever you do on the screen gets recorded, meaning if you dismiss the floating box, the final video will feature that action.

Discreet mode is the coolest. It records two video streams separately. While recording, the interface looks like what you get in picture-in-picture but during post-production you have two separate streams.


We see a handful of early and obvious use cases centered around news, journalism, interviews, and vlogging. Another use-case is a product-centric production (think unboxing video, or product review), where both the influencer and the item are featured prominently. Accelerated production time aside, what we find more exciting are the new media formats heretofore unimagined. In the first case, as Sean Baker mentioned in the keynote (in September 2019), filmmakers can increase their coverage per shot by capturing two videos with different fields of vision at the same time.
- — Filmic creator Neill Barham to Filmmaker magazine


Every shot has the right lens, which is what the filmmaker has to decide on. What if they could capture all the shots and on a device that fits into one’s pocket? Filmic is making possible for directors to push the boundaries of what’s possible with the iPhone’s cameras. Be it a journalist, a blogger or an award-winning filmmaker, there is something for everybody.

Another plus point involves the app’s usage on social media — you can shoot vertically as well as horizontally. You can offer different perspectives for Instagram Stories or whatever you want to use it in.

If you were to ask what’s missing, it would be the limitation of shooting at 1080p and 30fps while the iPhone 11’s capabilities are far greater. But we are sure this would be taken care of in the future.