Dadaism continues through a meme trend on social media

Shitposting is not new but as more and more adults try to keep track of what youngsters are posting online, the concept is finding way into conversations 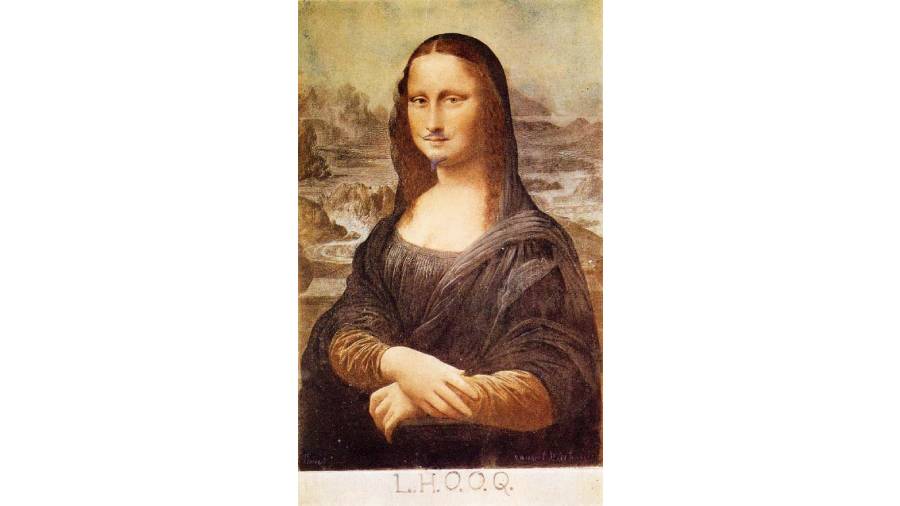 Two years into the First World War, a group of mostly German pacifists started the Cabaret Voltaire in Zurich. They were in exile but on their minds was something outlandish, or so many thought back then. Bizarre costumes, poetry and art were being born while leaders Hugo Ball and Richard Huelsenbeck were being joined by groups all over Europe and even in New York; these were people bound by their contempt for a civilisation that had sent the young to die in the War. Marcel Duchamp, Max Ernst, Hannah Hoch… they were making revolutionary art. Dada was born and more than a century later it continues to inspire. Dada is among us. Teenagers, perhaps unknowingly, are following it by way of shitposting online.

Shitposting involves memes and posts that are at once engaging, sharable but also absurd, perhaps even pointless at a glance. These posts form the crux of several Instagram accounts: Random photos with text on it, apparently disconnected.

For example, it can be a political argument with a picture of a cat going at a scratching post. Or perhaps a picture of the Friends gang chilling in Central Perk while the text has something like the George Orwell line “All animals are equal, but some animals are more equal than others.”

Shitposting is not new but as more and more adults try to keep track of what youngsters are posting online, the concept is finding way into conversations. Going by Google Trends data, it became an Internet trend around 2014, finding a lot of takers around the 2016 US Presidential election and it has continued to grow.

“Lots of people don’t understand Gen-Z... I think they’re funnier than any other generation I’ve ever known and I feel a lot of empathy/ affinity for them,” singer Courtney Love has posted on Instagram with a few pictures pertaining to the trend
Sourced by the correspondent

Taking refuge in Urban Dictionary for a meaning, shitposting is “ironically posting something which to the average person looks just like a cringy or weird or stereotypical post conforming to a norm, but is intended to mock, insult, or amuse.”

The Simpsons form an integral part of this culture. And to get a better idea of it, you can follow Instagram accounts like @botoxqueen.1968, @on_a_downward_spiral or @scenequeenmememachine.

A few days ago, singer Courtney Love made an interesting observation through an Instagram post. “Lots of people don’t understand Gen-Z & some Gen-Z seem to pass on out of context nonsense and outrageous libelous lore on me; ‘hag’ used a lot… Yassss. Serving sexiest hag alive since 1964! I think they’re funnier than any other generation I’ve ever known and I feel a lot of empathy/ affinity for them. They’ve had to grow up in late stage Capitalist realist psycho b***s*** online, non-stop, IG filters, beauty standards which are the beauty standards of extinct elves, no self esteem, now a plague, and f**k knows what for their futurez. They make me laugh…. They cry too easily.”

These are memes coming from users who are not aware of the pre-Internet era and their “shitposting” activities can be confusing enough to make the viewer smile, and that’s much needed in the pandemic era. Born out of the disillusionment of the First World War, Dada is now shaping the absurdist sensibility of a generation that lives online and as always, it’s a reflection of the times. Nero has always been painted as the egotistical monster who played the lyre while Rome burned. Maybe now he is out playing a round of golf (kept company by a caddie playing the lyre) while the world keeps burning.