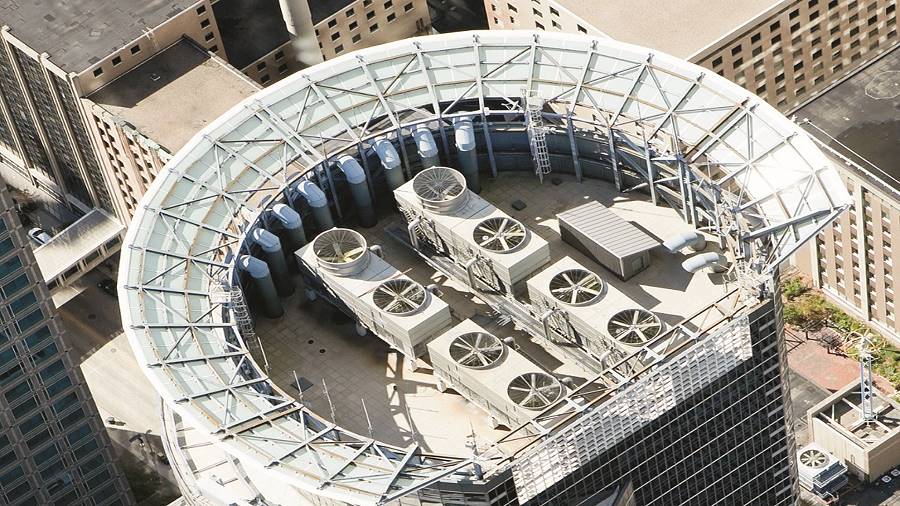 The heating, ventilation and air-conditioning (HVAC) systems currently used in most public spaces are not equipped to get rid of such viruses. No air-purifier used along with these centralised systems is smart enough to flush out or kill harmful microbes.
iStock
Prasun Chaudhuri   |     |   Published 06.09.20, 06:20 PM

Now that we know the novel coronavirus can float and linger in poorly-ventilated indoor areas for hours, enclosed public spaces are deemed high risk for spreading the infection. To make such spaces — offices, schools, colleges, cinemas, restaurants and so on — safer, experts suggest that they be well ventilated.

The heating, ventilation and air-conditioning (HVAC) systems currently used in most public spaces are not equipped to get rid of such viruses. No air-purifier used along with these centralised systems is smart enough to flush out or kill harmful microbes.

Some experts are working on a novel technology involving plasma —  a soup of charged particles in an electric field, normally found in stars and lightning bolts — to make HVAC systems more effective against virus-contaminated indoor air. Plasma is the fourth state of matter; the other three, of course, being solid, liquid and gas.

You can find artificially manufactured plasma in neon signs, fluorescent bulbs and plasma TV screens. In this state of matter, high energy levels cause electrons to be knocked out of their orbits and enter a free state. Such electrons are capable of wiping out the DNA and RNA of disease-causing microbes, including viruses such as Sars-Cov2 that causes Covid-19.

Physicists and engineers are working in tandem on gas plasma devices that can be mounted in the HVAC system. Gas plasma is safe, low maintenance, easy to instal, energy efficient, and highly effective on pollutants such as particulate matter, bacteria, viruses, mould spores, odour and other volatile organic compounds.

One of the foremost among these experts is Subrata Roy, a plasma physicist at the University of Florida, US. Researchers in his lab are currently busy developing a plasma-based HVAC system along with faculty members from the College of Design, Construction and Planning, department of chemical engineering and Emerging Pathogens Institute at the university.

“We are talking about non-thermal plasmas produced in room conditions,” Roy says. Plasma can be roughly divided into thermal or equilibrium plasma, where all particles have approximately the same temperature, and non-thermal or cold plasma (CP), where light electrons have much higher temperatures compared to heavy atoms and molecules, which often remain close to room temperature. “As plasma is formed by splitting air molecules into a soup of “space-charge separated” electrons and ions, many short-lived particles and free radicals are formed. These include very reactive oxygen and nitrogen species (Rons) such as ozone and oxygen ions,” he adds.

The current understanding is that Rons chemically react with the outer shell of viruses, breaking through into the core and damaging the viral RNA. “Such mechanisms make it possible to use atmospheric gas plasma to decontaminate the air passing through a ventilation system,” says Roy. Proof-of-concept testing has been done at the Emerging Pathogens Institute to demonstrate the effectiveness of gas plasma in decontaminating various pathogens. Here, plasma is created when the processing gas is guided between an insulator with electrodes on opposite sides —  a method called dielectric barrier discharge (DBD). The DBD system generates copious amounts of ozone and Rons, and rapidly infuses the gas to sterilise or disinfect the air.

“We have successfully tested DBD-based room temperature plasma on a range of pathogens for sterilisation that works in 2-3 minutes,” says Roy. Researchers elsewhere have also been able to use the technology to inactivate a wide range of viruses including the murine norovirus (which causes stomach flu in mice), mouse coronavirus, yellow fever virus and poliovirus. “The technology has the potential to mitigate the spread of Sar-Cov2,” he adds.

Experiments are yet to show conclusively, however, that cold plasma kills the novel coronavirus. Says Roy, “Sars-Cov1, precursor to the novel coronavirus and responsible for the Sars epidemic in 2003, has been effectively destroyed using gas plasma. Sars-Cov2 is comparatively new and research is still ongoing.” In preliminary reports of a work awaiting peer review, researchers from China and the US also showed over 99 per cent eradication of coronavirus from personal protective equipment in May.

Even though using gas plasma to decontaminate the air passing through a ventilation system was recently touted as “a new hope in the field of virus inactivation” by the journal Trends in Biotechnology, there are challenges left to ovecome. The first is to generate an appropriate concentration of Rons from ambient air without consuming too much power and deliver it fast enough to keep up with the air exchange rate of the HVAC. Second, to mix Rons with air such as to efficiently utilise the contact time for rapid destruction of air-borne pathogens before the air is released through the vents. Finally, the minimal presence of residual reactive species in the HVAC duct air that enters the living space in hospitals or office buildings such that it meets occupational health and safety standards.

Unfortunately, there are very few companies involved in active research to understand the fundamental science for purifying indoor air using plasma in an HVAC system. Contemporary HVAC systems fail to check harmful respiratory microbes, which deposit and grow on filters and walls that are often moist and mildewed. They allow high accumulation of volatile organic compounds that help the rapid spread of air-borne diseases. “A plasma-based decontamination system that can effectively disinfect permeable surfaces as well as air volume will be ideal for HVAC systems,” re-affirms Roy.

According to Trends in Biotechnology, the best thing about cold plasma is that it can target both viral proteins and nucleic acids (or even the virus envelope) —  in a wide range of pathogens. After CP treatment, the virus particles and nucleic acids are partly or completely degraded to non-infective particles that can cause no harm.

In essence, development of a plasma-powered HVAC system can keep us protected against many more emerging pandemics in the future.