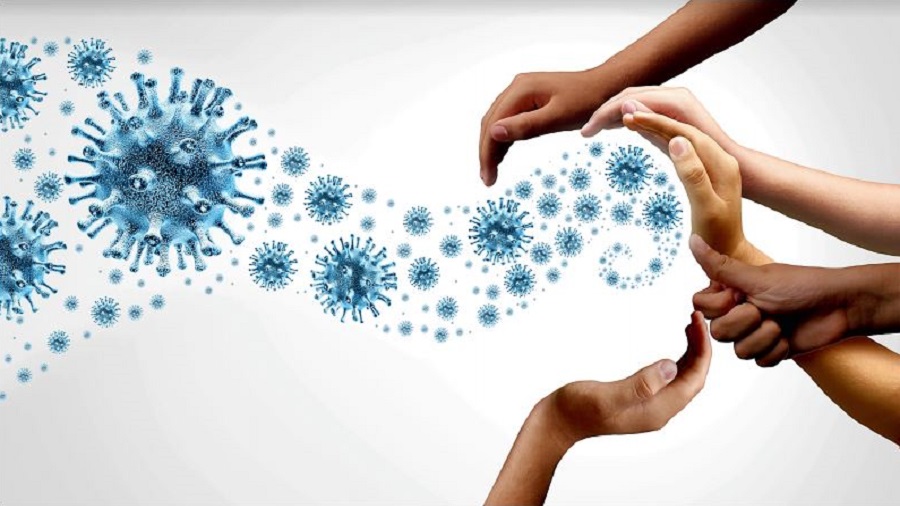 When a virus invades for the first time, our body is usually not capable of producing enough antibodies to defeat its rapid multiplication. However, if the virus manages to remain in the body for more than three weeks, the body gets sufficient time to register robust immunological memory and produce enough memory B cells and antibodies to neutralise it.
iStock
Koustubh Panda   |   Published 19.07.20, 09:16 PM

Although we have no therapeutic arsenal to combat the novel coronavirus, there are still two proven ways to defeat it. The first is to develop and administer an effective vaccine and the second is by attaining “herd immunity”, which would require a major part of the population to get infected. However, three emerging reports from China, Spain, and the UK have questioned the very possibility of acquiring permanent immunity against this virus through either of these approaches.
Our body uses two types of immunological defence to achieve either short-term or long-term immunity. The first line of defence is “innate immunity” involving various cells that “eat up” or destroy invading pathogens. If the virus manages to evade it, it encounters the second immunological barrier, “humoral immunity”. This deploys B cells supported by helper T cells that produce antibodies against invading pathogens to target their foreign proteins or “antigens”. The proteins on the coronavirus’s surface coat are usually antigenic and consequently targetted by such antibodies to destroy the virus.

The interesting aspect of our humoral immune response is that it “remembers”. Once a B cell recognises a particular viral protein, it not only starts producing antibodies against it but also remembers this “foreign” protein for the rest of its life. During subsequent infection, the B cells multiply rapidly to produce large numbers of “memory B cells” that specifically produce antibodies against this protein. This helps mobilise an amplified attack on the virus, neutralising it before it can multiply to harmful levels.

When a virus invades for the first time, our body is usually not capable of producing enough antibodies to defeat its rapid multiplication. However, if the virus manages to remain in the body for more than three weeks, the body gets sufficient time to register robust immunological memory and produce enough memory B cells and antibodies to neutralise it. On subsequent reinfection, the memory B cells trigger a booster attack well before the virus can multiply to harmful levels. That is “natural” immunity.

But acquiring immunity against a virus through infection or vaccination may not always be simple. While the chickenpox virus offers “permanent” immunity (one rarely contracts chicken-pox a second time), the influenza virus can cause repeated infections, evading immunity as well as immunological memory. The novel coronavirus behaves much like the influenza virus, which is another RNA virus. As RNA is unstable by nature, such viruses are prone to frequent mutations and rapidly change their coat proteins, against which antibodies are raised. Thus, emerging reports of a large number of people getting reinfected by the coronavirus are not strange. Our immune system would probably recognise extensively mutated strains of the same virus as a new virus. Indeed, reinfection by coronaviruses is not a new phenomenon — 229E, HKU1, NL63 and OC43 have been known for years to reinfect people at rapid frequencies.

Coronaviruses primarily infect the lungs through the respiratory tract and reside in the lung cells for a prolonged period. Although the lung does elicit a humoral response to produce antibodies against the virus, such responses are relatively weak and localised. This also explains why many infected individuals are testing negative for antibodies in their blood even after three weeks of infection. This is probably not because of the inability of our immune system to fight the virus but possibly because of the weak humoral response of the lung. The humoral immunity machinery in the blood is much stronger but the virus hardly gets into the blood to trigger it. Notably, the virus can inflict death in humans within seven days of its invasion, even before a significant humoral response is sparked. Levels of the virus in the blood of the infected have been observed to be substantially poor compared to respiratory or oral exudates, explaining why antibody levels in the blood don’t pick up significantly and fade away quickly following an infection.

With a half-life of around 21 days, IgG, the primary antibody against the virus, is also not expected to stay in our body for prolonged periods. The overall level of the immune response elicited by the virus would also determine the sustenance level of such antibodies in the body. Since the primary level of antibody generation against this virus is typically low, antibody levels may fall rapidly. This doesn’t mandate alarm but would perhaps require careful designing of future vaccination strategies with provision for multiple booster doses to develop sufficient levels of antibodies for strong immunity.

Thus acquiring the required immunity may not be as challenging as suggested by some of the studies unless the virus continues to extensively change its coat proteins. In fact, the Oxford University vaccine has already shown similar promise in human trials by developing sufficient antibody-producing memory B cells as well as “killer T-cells” that can destroy virus-harbouring cells for sustained periods.

Finally, most emerging data on this virus are being released without peer review, or well-designed studies and deployment of significant sample size, frequently fuelling conflicting reports. We have already made a Frankenstein out of this virus through poor understanding and management; failure to figure out its major route of transmission for over six months is a burning example. We should, therefore, be more careful in our approach to public dissemination of scientific data to effectively resolve this crisis.

The writer heads the department of biotechnology as well as the Dr B.C. Guha Centre for Genetic Engineering & Biotechnology, Calcutta University