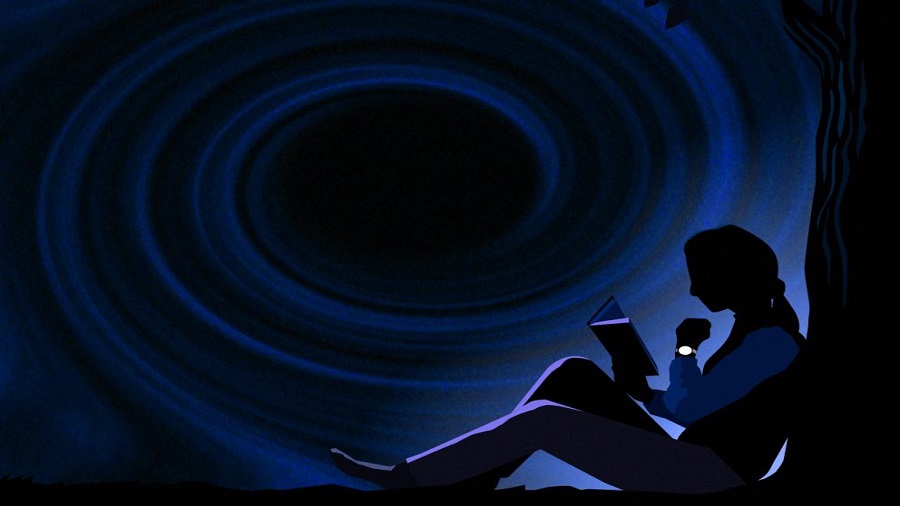 Putting the Nobel stamp of approval on astrophysical black holes is reassuring for those formulating ways to identify them in our galaxy and outer galaxies.
www.nobelprize.org/Johan Jarnestad/The Royal Swedish Academy of Sciences
The Telegraph   |   Published 11.10.20, 05:10 PM

It was indeed a great relief to see that Reinhard Genzel, Andrea Ghez and Roger Penrose have been awarded the Nobel prize in physics this year. For one, even today a much bigger population than the members of the “flat earth society” believe that black holes are nasty beasts and should not exist in this universe. I am an ardent believer in black holes and have been so through my entire career, which started with working alongside Prof. S. Chandrasekhar and reading the manuscript of the Mathematical Theory of Black Holes at the University of Chicago in the US. Even today we enjoy identifying radiations that must be emitted from matter which is about to enter a black hole. And from that we can  accurately calculate the mass of these beasts.

Putting the Nobel stamp of approval on astrophysical black holes is reassuring for those formulating ways to identify them in our galaxy and outer galaxies. This is necessary not only to see if Einstein was correct but also to measure the net mass of the universe, which will decide whether it would expand forever or collapse in some distant future.

In my very first conversation with Chandra — as Chandrasekhar was fondly called — back in 1981, Penrose’s name came up. He said how the Newmann-Penrose formalism helped him modernise the study of black holes. Almost all the discussions that Chandra had with Penrose and Stephen Hawking, both frequent visitors to our department, revolved around the nature of singularities, or the nasty edges of the universe, where all the physical laws are violated and beyond which matter cannot proceed. In 1965, using the Raychaudhuri equation (formulated in 1955 by Prof. Amal K. Raychaudhuri of Presidency College), Penrose showed that such a singularity or nasty point of the universe is unavoidable when matter collapses due to gravity and crosses the event horizon. The end product must be point-like and of infinite density where the journey of the collapsing matter must end. Thus, black holes must exist.

Just a year before, in 1964, Chandra himself showed that massive stars must continue to collapse if the core has more matter than the Chandrasekhar Limit. And a year prior to that, in 1963, Maartin Schmidt of Caltech discovered quasars, the most luminous objects in the universe that are brighter than a billion suns. These could not be explained by any known celestial objects and must therefore belong to a new class of objects, which later turned out to be supermassive black holes. Chandra’s interest in general relativity and the relevance of Penrose’s theorem are driven by Schmidt’s discovery of quasars. 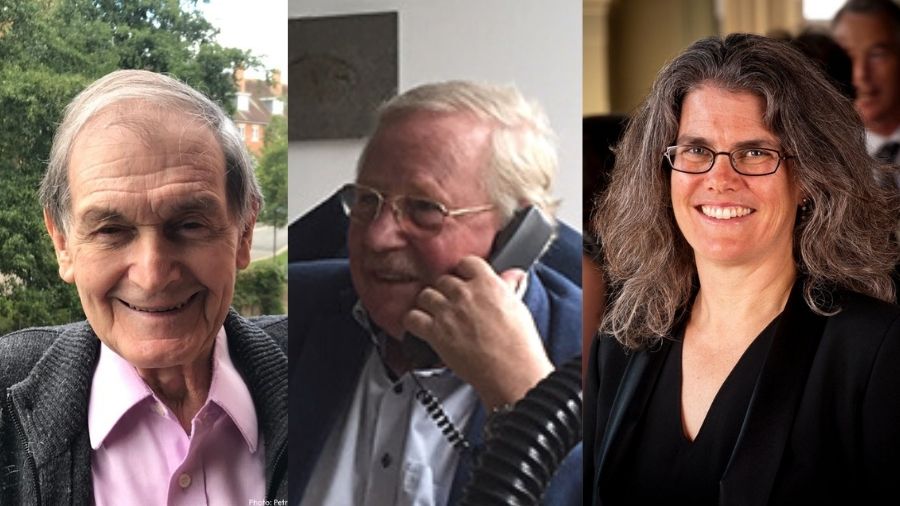 Hawking inverted the logic of Penrose’s theorem on collapsing matter and theorised that the expanding universe is the result of matter emanating out of a singularity. This singularity is avoidable, but the termination of matter at the black hole centre as proposed by Penrose is inevitable. In 2011 when I interviewed him [Of universe, black holes and dialectics in the January 8, 2011, edition of The Telegraph] during one of his frequent visits, Penrose said his view on this did not change. That’s what this prize is for.

In 1994, I was engaged in estimating the mass of the black hole at the centre of M87 from Hubble Telescope data. From the velocity of matter rotating around the black hole, I kept getting the mass to be 4 billion times the mass of the sun. I published the findings in Astrophysical Journal. Others are getting the mass to be about half. Intrigued, I visited Genzel’s group at the Max Planck Institute, Germany, in the summer of 1994. They were also busy measuring the mass of the black hole in our galactic centre with a very sensitive velocity measurement. They had just perfected a way to measure the velocity of stars encircling a seemingly invisible massive object in the centre of our galaxy. Late one night, I witnessed pin drop silence in the laboratory as all the scientists focussed on the terminal giving away the very  first results of the velocity from which the mass of this unknown object was estimated to be about 2.6 million times the solar mass. Today, with refined observations, the mass of this black hole has been found to be 4 billion solar mass.

Inspired by this great progress in observational methods inching towards identifying black holes, in 1998 I organised an international conference on “Observational Evidence of Black Holes in the Universe” in Calcutta. Genzel could not come but Ghez contributed. She wrote to me that her team had just submitted the first paper combining all known results to a journal establishing indisputable evidence of the presence of a black hole having 2.6 million times the mass of the sun at the centre of Milky Way Galaxy and her presentation would be on that. She compared the minimum mass that must be present within a very small volume to show that the density has to be so high that it has to be a black hole if Chandrasekhar and Penrose were to be believed. I accepted her paper forthwith and selected the most important figure from her article on the cover of my book published that year. Thus my book contains the very first results of Ghez and her team. It is fitting that such seminal work on black holes was published in this city where the term black hole was coined in 1756 though then it had nothing to do with astrophysics.

With the legitimisation of black holes, the day may not be in the very far future when time travel is taken seriously and work on its theories is in line for the Nobel Prize.

The writer is director of the Indian Centre for Space Physics, Calcutta