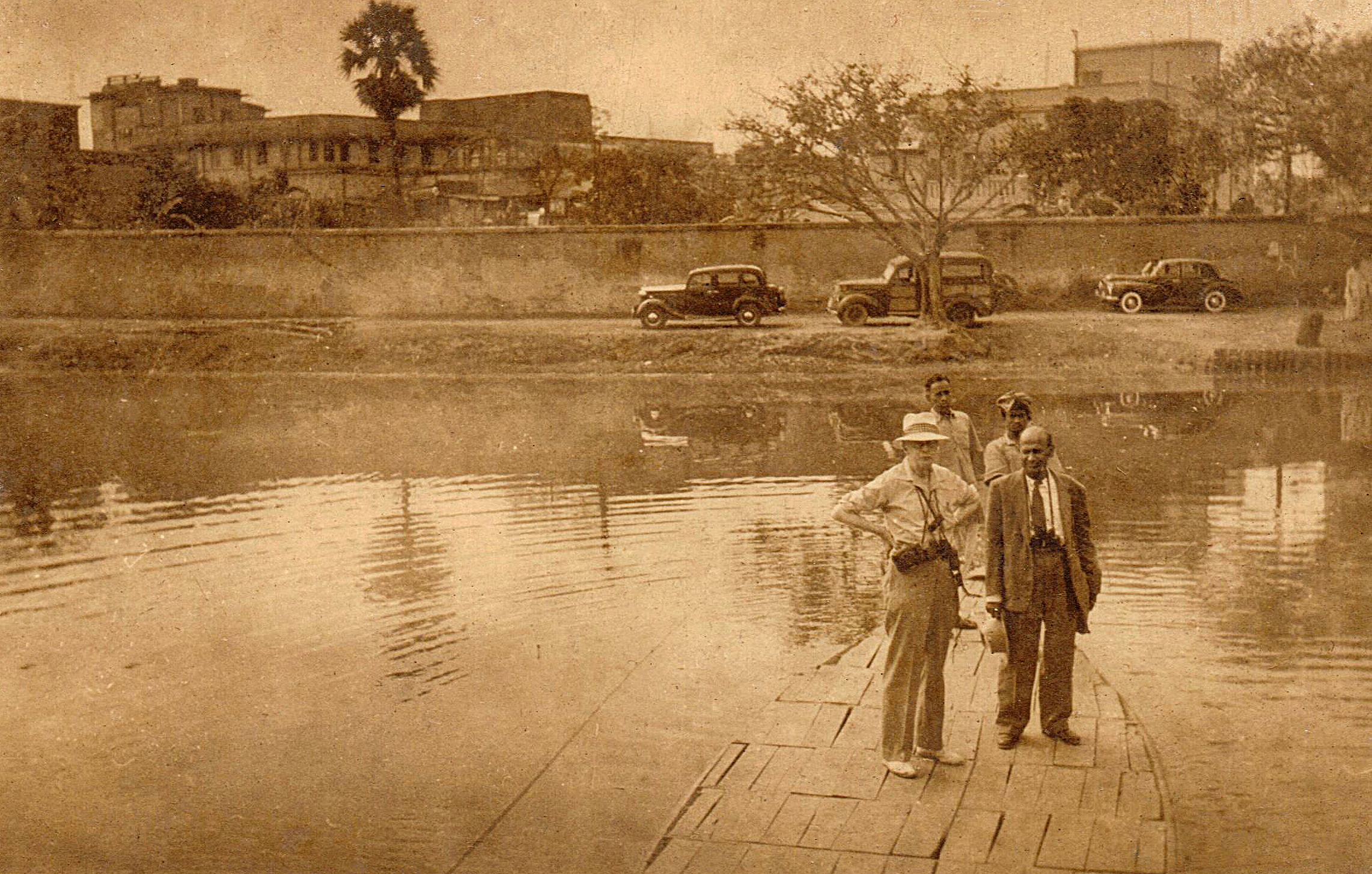 At a time when pollution levels have gone down in cities, albeit for all the wrong reasons, it is important to go back to the early 20th century when nature was more or less unspoilt, although big industries had already started poisoning the wealth that nature has so generously bestowed upon us. It was in those times that Pradyot Kumar Sen Gupta (1898-1979), who was a civil servant by profession and a man of many parts, had taken up bird watching with all the seriousness it demands. He serialised in 10 parts the notes that he took, along with his personal observations and discoveries, in Visva-Bharati News, starting from Vol. XXIII, No. 11, in May 1955, and concluding with Vol. XXVI, No. 11, in May 1958. These 10 instalments and black-and-white illustrations commissioned by Sen Gupta, but not used earlier, have been put together by Gautam Sengupta, son of this naturalist, in a book titled Birds Around Santiniketan recently published by Bolpur-based Birutjatio Sahitya Sammilani.

Long before every amateur photographer started to inundate social media with colourful shots of birds, Sen Gupta used to roam around Santiniketan, Calcutta’s Salt Lake and the sprawling mango orchard then called Koyaler Bagan (now Chintamoni Kar Bird Sanctuary) near Narendrapur armed with a pair of binoculars, notebook, and a keen eye for detail in search of birds. Before him, the only Indian who took a serious interest in birds was ornithologist Satya Churn Law, who had built a sprawling aviary on BT Road near Kamarhati.

The book begins with a biographical sketch of Sen Gupta who was born in Bikrampur, now in Bangladesh. He lost his father, a lawyer, at an early age. His mother, Snehalata, was invited by Rabindranath Tagore to take over as the adhyapika-in-charge of the first batch of girl students in the Brahmacharya Ashram of Santiniketan in 1917. Sen Gupta and his three siblings had already joined the ashram in 1908. His fascination for birds developed in the presence of nature and that of the poet with whom his family shared a close bond.

He joined the Indian Revenue Service in 1922, and although he was posted mostly in Bihar, his ties remained intact with Santiniketan, which was far more arid than it is today. Notwithstanding his serious diabetic condition and misadventures, his interest in birds never waned. After retirement, he settled down in Calcutta and pursued his passion with great zest in the 1950s and 1960s.

His favourite birdwatching haunts were Narendrapur, Garia, Sakherbazar and Thakurpukur in Behala, and the Salt Lake marshes.

Calcutta was greener in those days and many creeks, bheris and waterways still existed.

He became closely associated with the likes of Salim Ali, Horace Alexander, Biswamoy Biswas, Satya Churn Law and other ornithologists. Sen Gupta coined many bird names now in currency. Ajoy Home used many of these in his book Banglar Pakhi. He used to show visiting ornithologists and other distinguished persons around the Salt Lake marshes, notable among whom was the British evolutionary biologist Julian Huxley. Because of his close association with the West Bengal Forest Department, he won the sobriquet of “Pakhi Sen Gupta”.

He was the moving spirit behind the formation of the nature club Prakriti Samsad. Its founder member, Kushal Mookherjee, who died recently, wrote this in the introduction: “Pradyot Kumar Sen Gupta was a perfect birder, far ahead of his time and virtually had no predecessor to follow. He was not only a pioneer in bird watching in eastern India but one of the few Indians interested in birdlife…Sen Gupta’s methods of observation underscore his penchant for detail…In birding, the taking down of detailed field notes is the most critical tool to identify and record the behaviour of birds. A birder is required to have not only keen eyesight but sharp hearing as well…Almost every bird identified by Sen Gupta was supported by detailed notes that give an insight into the intimate details and peculiarities of the species observed and recorded…In the 1950s Santiniketan was an arid area dominated by the khoai with patches of paddy fields. The avifauna recorded by Sen Gupta typifies the habitat then…It is the only collection of data about birds from this particular location in southern West Bengal and throws light on birdlife along with such detailed descriptions of their habit and habitats.”

The first section opens with a listing of the areas which he surveyed in and around Visva-Bharati University in the 1950s, and a note on his methodology. “In describing below the eighty birds, I have followed the order in which the families and genera are given in text books…” The avian listing begins with the common crow. His notes are brief but this is how detailed they could be: while describing the places where the Common Babbler occurred, he wrote: “…Formerly occurred outside J Kuthi. Perhaps now shifted due to reclamation of the jungle. Now occurs in open scrub country on both sides of Railway (east).” And he waxes eloquent on the Common Iona’s song: “…A fine songster. Begins with harsh loud note and bursts out in sweet melodious songs, the commonest being we-e-e-e-too with drop of an octave in the last syllable. Song also likened unto fa-tee-eek-jal. Some times simply too! in jal! is uttered in a bell like tinkle or an almost human baby! Or koi eli!...” He describes a chance encounter: “…On April 24,

I suddenly came across a noisy flock of about 10 feeding in K’s Garden…” And he takes flight in the note on Ashy Crowned Finch Lark: “This bird with black belly indulges in a spectacular graceful flight display in a series of wavy glides, shooting in the air, vertically upwards and again, on the crest of the wave, diving perpendicularly downwards…” Such fascinating detail makes avian taxonomy come alive in a burst of colour and music.

All those birdwatchers in Bengal birthed by the lockdown would do well to refer to Sen Gupta’s notes to identify the birds they so enthusiastically photograph.