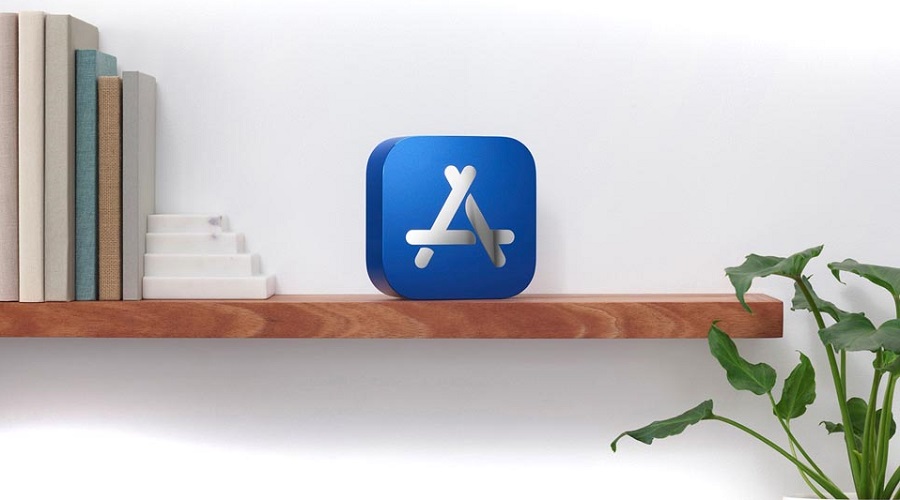 There are great phones but what good are they without having great apps. Apps have fuelled digital disruption across industries, from entertainment services to online retailers to education. On July 10, 2008, Apple launched the App Store and since then it has been home to some of the defining moments in the history of personal computing.

Though 2020 has been a year unlike any other in recent human history, there have been several apps that have made our lives easier. Apple is celebrating 15 of the amazing apps and games that inspired us this year as part of ‘App Store Best of 2020’. These apps and games are equally notable for their positive cultural impact, helpfulness and importance.

“This year, more than ever before, some of our most creative and connected moments happened in apps. This was thanks to the amazing work of developers who introduced fresh, helpful app experiences throughout the year. Around the world, we saw remarkable efforts from so many developers, and these Best of 2020 winners are 15 outstanding examples of that innovation. From helping us stay fit and mindful, to keeping our children’s education on track, to helping fight hunger, their impact was meaningful to so many of us,” said Phil Schiller, Apple fellow, in a statement.

In fact, Apple designers have brought their craftsmanship to create the first-ever physical ‘App Store Best of 2020’ award. Inspired by the signature blue App Store icon, each award reveals the Apple logo set into 100 per cent recycled aluminum, with the name of the winner engraved on the other side.

We had a chance to interact with four sets of developers over videoconference. Here are their stories.

The idea behind Endel: Endel is an app that offers personalised soundscapes to help users relax, focus or sleep. It offers a seamless Apple Watch experience, generating real-time soundscapes on users’ wrists, and was one of the launch partners for the Series 5 Watch.

Let’s hear it from: Oleg Stavitsky, CEO of Endel

The technology helps you focus, relax and sleep. We do that by procedurally generating a soundscape, a sound environment in real-time on the spot, on the device, personalised to you, based on inputs like time of day, the weather, your heart rate, your movement. Plug all of these information into the algorithm and it creates a personalised adaptive soundscapes. 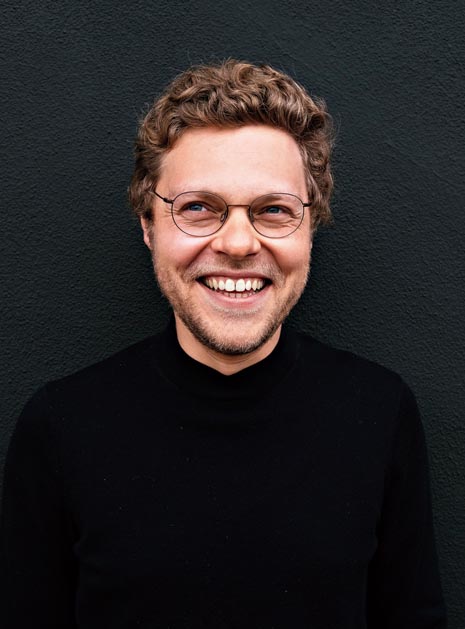 There are two scientific pillars behind it. One is the science of the circadian rhythms. We all have that internal clock built into our bodies, one that regulates the phases which we go through in a day. We feel alert in the morning, then sleepy around lunchtime, then alert again. So the way we work with that is… once we are allowed to detect your location, we understand where you are and the time of sunrise and sunset, the amount of natural light you’re being exposed to. Then, of course, there is the neuroscience part of it.

We’re currently using an approach called pentatonic scale which is known to be easily processed by the brain and is found in majority of traditional music throughout the world. We’re also using an approach called sound masking which allows us to tune out certain harsh and distracting sounds by using what is called coloured noise is, you know pink noise, white noise, brown noise… things like that.

Screenshot of the Endel app

We’re building Endel with Apple system settings in mind so that our personalised adaptive soundstage can follow you everywhere. We’re currently live on iPhone. Apple Watch, Mac… we’re going to be live on Apple TV early next year. The way we work with that ecosystem is, for example, we would grab your heart rate using the Apple Watch, but will then influence your experience on, say, the iPhone. We are especially proud of our Apple Watch experience, which is a standalone app that you can download on the Watch.

Also, earlier this year we have collaborated with one of our favourite artistes called Grimes on what is called a sleep soundscape. She created exclusive pieces of music like building blocks; it wasn’t songs. This bunch of samples was sent into the algorithm. The app has been downloaded over three million times now. What is really impressive is the way the app is making its way into people’s lives.

The idea behind Shine: Shine aims to destigmatise mental health by putting representation first. Between all the craziness of this year, mental health resources have never been more crucial, and this is where Shine comes in. The app has also launched resources to support the black community.

Let’s hear it from: Naomi Hirabayashi and Marah Lidey, co-founders and co-CEOs of Shine

We started Shine in 2016 and it was also a very intense year. We needed it after we met as coworkers; we found that we had a lot of things in common, but I think some of the biggest things were just feelings of stress and anxiety. There was the feeling like we didn’t really have a great solution to manage it on a day-to-day basis. We didn’t see ourselves really represented in this idea of wellness. We met each other 10 years ago and we’re able to support each other with our own mental health on a daily basis, but we knew we had a huge opportunity to help so many other people who felt left out of the conversation. So we started Shine with the mission to make caring for your mental and emotional health easier, more representative and more inclusive. 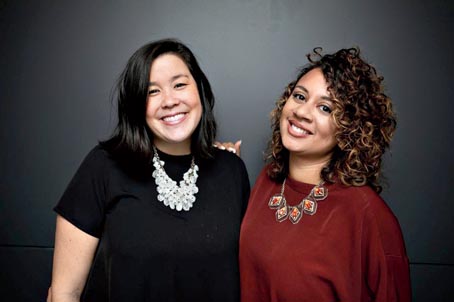 Ours is an app that not only can you meditate in, but it also allows you to connect with other people who are struggling with the same things as you are. So, for example, our most loved feature is the Daily Shine, which is our take on meditation. We spend time and resources to really create something fresh and relevant to world events each day, which, as you can imagine, in 2020 has really resonated.

We’re creating series of meditations, addressing very specific issues… culturally for people, and we hear that feedback directly. One of our most common reviews is that this app is giving hope and that meditation can be for all and not just for a few. 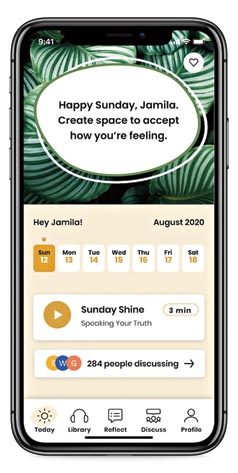 Screenshot of the Endel app

Members have been able to talk more openly about the things that make us human… the struggles, the stress encourages more people to speak out. We’re definitely feeling motivated for next year and we will continue to break the stigma around us by just talking about the daily struggle.

We’re in 189 countries around the world. At the moment, the product is just in global English, so that’s certainly something that we’re looking at and always thinking about… that path to localisation, but I think one of the most powerful things is how universal these topics are across different markets — the Philippines, the UK, India is a big market for us. There are many voices in the app; it’s not just about one community.

The idea behind ShareTheMeal: ShareTheMeal is a charity app from the United Nations World Food Program that makes it easy to donate delivered meals. The app shows exactly where each donations go and serves as the link between those who need help and those who want to help. 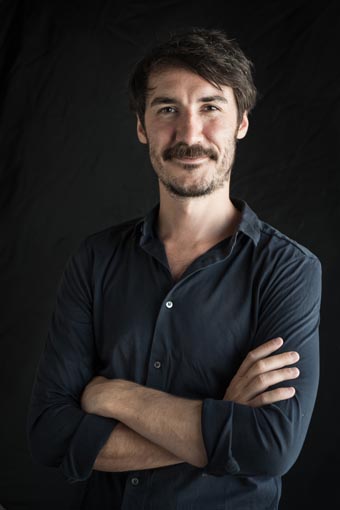 Our simple mission is to fight hunger with an app. So the idea started like five years ago just by putting together a few data points. We created this app that allows you to select where you want your money to go. Select how much you want to donate and you can start form $0.80 and then you'll receive some pictures and texts about the kids that you are helping. 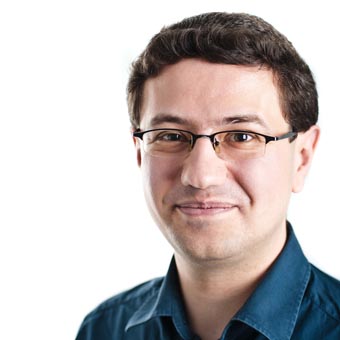 We've done this to support the World Food Program. So you need to imagine like a big logistical efforts, like this huge machinery. But we wanted to connect people easily so that they can donate and help people, for example, in Yemen, in Syria and in other very tough places. Basically with a simple tap on your phone, you can share your meal with a child. In reality, you are supporting very complicated operations, like ones you’ve seen, maybe with an airplane flying, or simply with school meals, feeding millions and millions.

This has been a particularly challenging year. We have seen amazing generosity of our communities. People who are facing challenges at home still managed to donate globally. So around $25 million has been donated through the app just this year to feed hungry kids. We are super humbled.

The idea behind Explain Everything Whiteboard: It is a whiteboarding app that opens up an infinite canvas for learners and creators to brainstorm complex ideas and share feedback. The app enhances remote collaboration through interactive tools and has helped teachers navigate socially distanced and hybrid learning during the pandemic.

Let’s hear it from: Piotr Sliwinski, Bartosz Gonczarek and Reshan Richards, the three co-founders of Explain Everything
Explain Everything is like a supercharged whiteboard and it’s used in schools by teachers and students all over the world. 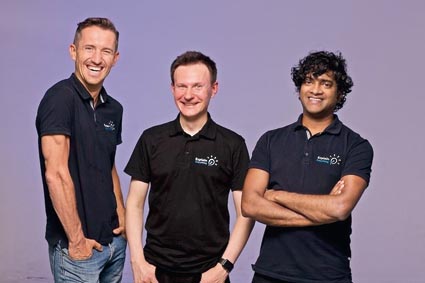 Piotr Sliwinski, Bartosz Gonczarek and Reshan Richards, the three co-founders of Explain Everything

There are a few ways people can use the tool. We’ve been on the App Store since 2011 and most of the team is in Poland.
It’s an interesting app because it also connects a bit to the current pandemic situation where everybody is working remotely and we also started working remotely. I worked remotely for more than two years before we actually met in person. In my (Piotr Sliwinski) previous life, I was technical consultant for an enterprise software company and always wanted to make something original more connected to my hobbies. And Bart (Gonczarek) was a business consultant with the same company, and we shared this hobby of making funny videos. 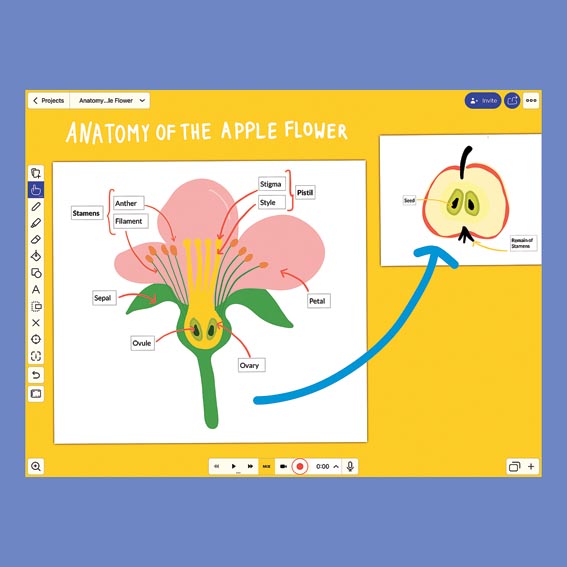 A screenshot of Explain Everything Whiteboard

In 2009 and I started working on this and it took me about a year to research animation software and prepare a proof of concept based on motion capture. We had synchronised sound and then I employed an engineer and we worked for a few months together to prepare a version for the Mac. Then we switched to iOS. And we released a video in 2010. Reshan (Richards), who was an educator in New York, wrote something and I sent him an email; this was almost exactly 10 years ago. Our ideas were clicking together. Right now the company has about 50 people and we have about 600,000 monthly active users.

I (Bert) want to point out three scenarios… three possibilities our software allows. So the first is recording. Videos are created by teachers and students. Teachers like to do the recordings of lectures or illustration of examples for students. And students use videos to express their understanding. The other scenario is presentation and here everything excels in both remote and hybrid learning scenarios. So a teacher can use a tablet to project on a giant screen. The clip can be shared with absentees…  so remote students can join in. And last scenario involves collaboration or working together.

My (Reshan) background is in education technology. While some schools and institutions might revert back to some of their traditional practices but I think that this pandemic has served as a catalyst in a way that people are more aware of the choices of how teaching and learning can happen. It’s impossible to undo it. Of course, this is a horrible situation, but in many cases, people have had to accelerate their understanding of what’s possible.