Is Neo just a tribute to the G-Shock or does it have something more? 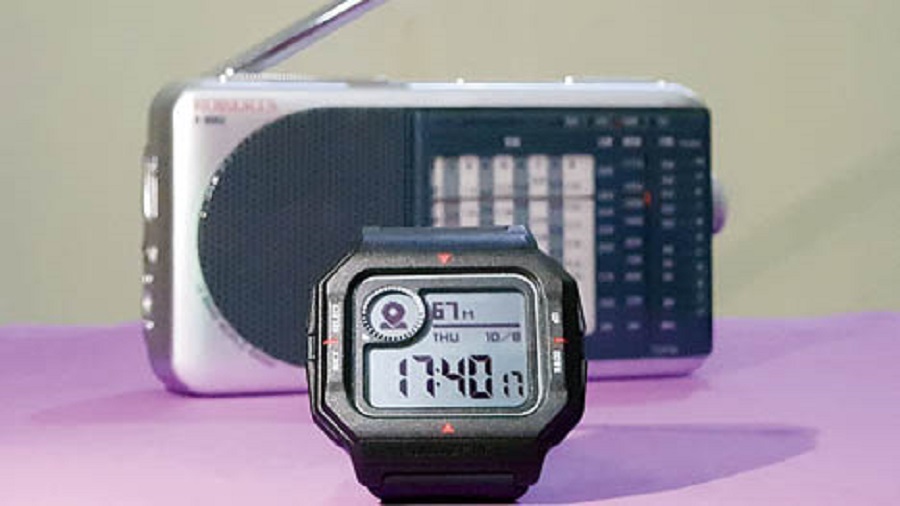 You may remember this one — Casio G-Shock. Yes, the one we thought would never go out of fashion, caressing the wrists of firefighters and someone like Francis Ford Coppola. Even after 37 years, the carbon and resin shell continues to inspire smartwatch manufacturers, like Amazfit, which recently launched Neo. Is Neo just a tribute to the G-Shock or does it have something more?

The smartwatch gives out retro vibes right out of the box. About the question whether it deserves to be called a smartwatch, we will come to it later. On the Neo, there is plastic everywhere but not in a bad way. It’s sort of cool to wear a retro-looking watch. There are many things Amazfit has got right. First, the silicone strap is on the narrower side, which makes it comfortable on the wrist. Second, there are four buttons around the frame, taking care of all the functions. Third, it’s extremely light. Fourth, it makes a beep-beep sound we have forgotten about.

Let’s dive in. It’s important that you download the Amazfit app to get its devices to work. Having followed the company for a bit, I am aware that the Amazfit app is now called Zepp but a person who is new to the company’s products would expect an app called Amazfit. Yes, keying in Amazfit will bring you to Zepp’s page but why the unnecessary branding exercise?

Pairing the watch is simple and it hardly takes a couple of minutes to update the software. The first thing one notices is the lack of a vibration mode. There is no motor inside the watch, so the user has to depend on the beeping. The shrill sound is fine for a while but it becomes impractical when in a crowd. Who can hear a tiny watch beep on Indian streets?! Given the design, don’t expect a touchscreen, the lack of which is not really felt.

Functions are limited but whatever the watch promises, it executes perfectly. Be it heart rate or distance walked, the figures are roughly correct.  Also you can read the temperature and there is a stopwatch function that’s easy to use. Some more functions can be accessed through the app. When a call comes in, the top part of the display shows the caller ID. But in way of notifications, there is nothing much to report. There is also a sleep monitoring function. Well, it’s sort of a smartwatch that can run for 28 days on a single charge!

Who is it for?

It’s a good gift to a youngster. It’s sporty, complete with a lot of beeping. Don’t compare the Neo with a Realme Watch or a Mi Watch. It’s a nostalgia timepiece with some smart features. Frankly, wearing the Amazfit Neo the user would surely get into the mood for the speakers to blare out B-52’s Love Shack or Hanson’s MMMBop. It’s a fun watch for nostalgia seekers.