Advertisement
Home / Science-tech / A step back in time

A step back in time

For a split second, a simulated particle went backward in time 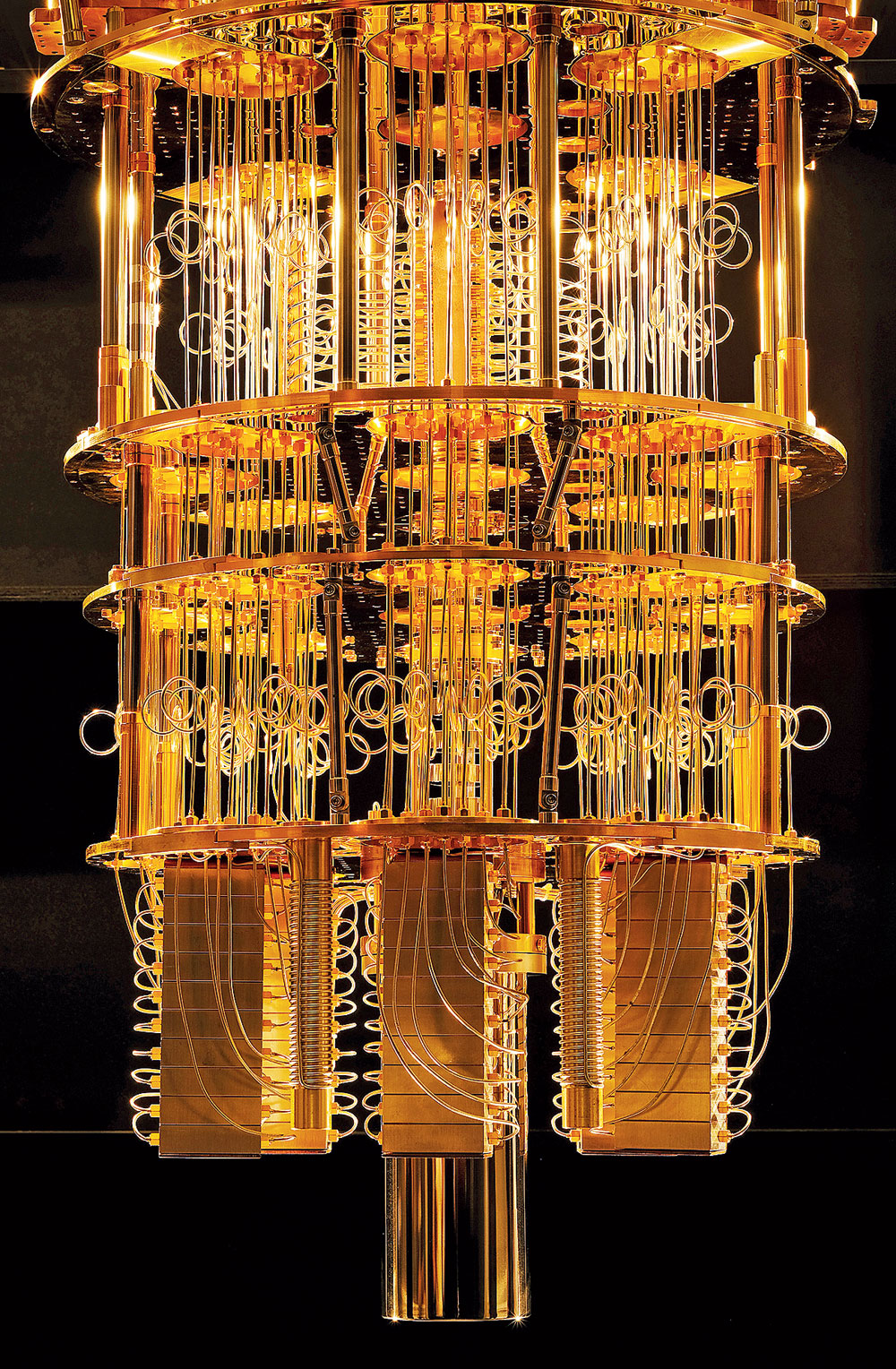 In The Curious Case of Benjamin Button, a story by F. Scott Fitzgerald and then a movie starring Brad Pitt, a man ages backward. He is born an old man, regresses over the years and dies an infant. This is not typically seen in regular life — with the possible exception of middle-agers who develop a sudden taste for sports cars and young spouses. The question is, why not?

In what amounts to a technological triumph for the aspiring Benjamin Buttons of the virtual world, a team of quantum physicists reported earlier this year that they had succeeded in creating a computer algorithm that acts like the Fountain of Youth.

Using an IBM quantum computer, they managed to undo the ageing of a single, simulated elementary particle by one-millionth of a second. But it was a Pyrrhic victory at best, requiring manipulations so unlikely to occur naturally that it only reinforced the notion that we are helplessly trapped in the flow of time.

Most of us already sense that the atoms of a scrambled egg can’t be unscrambled back inside a pristine shell. Now it seems that, under general conditions, even a single particle probably can’t go backward without help and careful tinkering.

“We demonstrate that time-reversing even ONE quantum particle is an unsurmountable task for nature alone,” Valerii M. Vinokur, of Argonne National Laboratory, US, said in an email message; he is one of the five aspiring time lords led by Gordey B. Lesovik of the Moscow Institute of Physics and Technology. “The system comprising two particles is even more irreversible, let alone the eggs — comprising billions of particles — we break to prepare an omelette.”

On paper, the basic laws of physics are reversible; they work mathematically whether time is running forward or backward. But if time is just another dimension of space-time, as Einstein said, it’s a strange one-way dimension. In the real world we can climb out of the subway and turn left or right, but we don’t have the choice of going forward or back in time. We are always headed toward the future.

The uncertainty principle, which lies at the heart of quantum mechanics, states that, at any given moment, either the location or the velocity of a subatomic particle can be specified, but not both. As a result, a particle such as an electron, or a system of them, is represented by a mathematical entity called a wave function, whose magnitude is a measure of the probability of finding a particle in a particular place or condition.

The wave function extends throughout space and time. The law describing its evolution, known as the Schrödinger equation —after Austrian physicist Erwin Schrödinger — is equally valid running forward or backward. But getting a wave function to go in reverse is no small trick.

Enter the quantum computer. Unlike regular computers, which process a series of zeros and ones, or bits, quantum computers are made of qubits, each of which can be zero and one at the same time. A quantum computer can perform thousands or millions of calculations simultaneously, so long as nobody looks to see what the answer is until the end.

Lesovik and his colleagues set out to try to make a wave function go backward, using an IBM quantum computer that is available online to the public. “It remains to be seen,” the team wrote in their paper posted online, “whether the irreversibility of time is a fundamental law of nature or whether, on the contrary, it might be circumvented.”

The IBM computer they used represents a baby step in the direction of what theorists call “quantum supremacy”. It had only five qubits (IBM devices with 16 and 20 qubits are also available), compared to Google’s top-of-the-line 72-qubit “Bristlecone” computer. To keep things even simpler, the group only used two or, sometimes, three of the qubits. 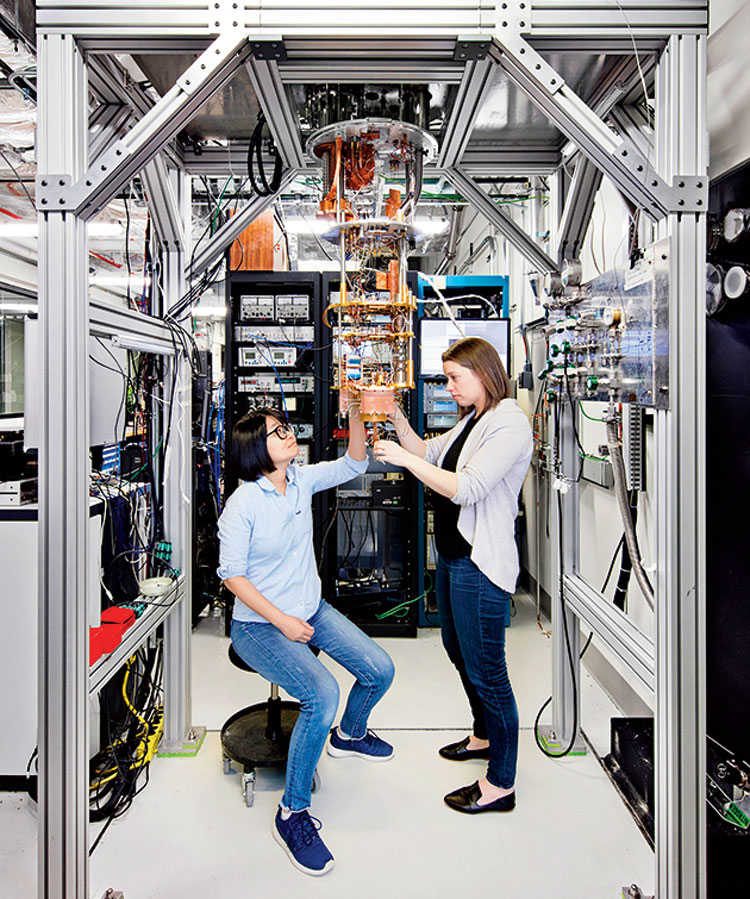 The time-reversal experiment was a four-step process. First the qubits were teed up in a simple initial state that mimicked “an artificial atom”, Vinokur said. Moreover, the qubits were entangled, by what Einstein called “spooky action at a distance” — whatever happened to one qubit affected measurements of the others.

Then the team tapped the qubits with a series of microwave radio pulses, which nudged the qubits from a simple state into more complexity. After a millionth of a second, the scientists then halted this phase — “the evolution programme” — and treated the qubits with another microwave pulse, to reverse their phase and ready them to devolve to their youthful selves.

“In graphic language, we convert spreading rings in the pond into rings that are ready to go back to their origin,” Vinokur said. That took another millionth of a second.

Finally, the team turned the “evolution” programme back on. And the qubits went back to their original alignment — back to their past. In effect, they got a millionth of a second younger.

The algorithm almost always worked. It succeeded in returning the qubits to their youthful states 85 per cent of the time when the calculation involved two qubits, but only half the time when three qubits were used. The authors attributed the reduced reliability to imperfections in the quantum computer, and to the tendency of qubits to fall out of sync when their numbers increase.

Ultimately, it will take machines with hundreds of qubits to achieve the ambitions of quantum mathematicians. When such computers become available, the team’s time-reversal algorithm could be used to test them, Andrey V. Lebedev, a physicist at ETH Zurich in Switzerland and an author on the paper, said. In the meantime, anyone with a quantum computer can play Benjamin Button, using their algorithm.

At least, they can in the many worlds of cyberspace. In real life, the ageing of even a single particle remains too complicated for nature to undo. We’re stuck getting older, hurtling down the river of time.