Advertisement
Home / Science-tech / A few of The Telegraph's picks from Consumer Electronics Show 2020, which recently took over Las Vegas

A few of The Telegraph's picks from Consumer Electronics Show 2020, which recently took over Las Vegas 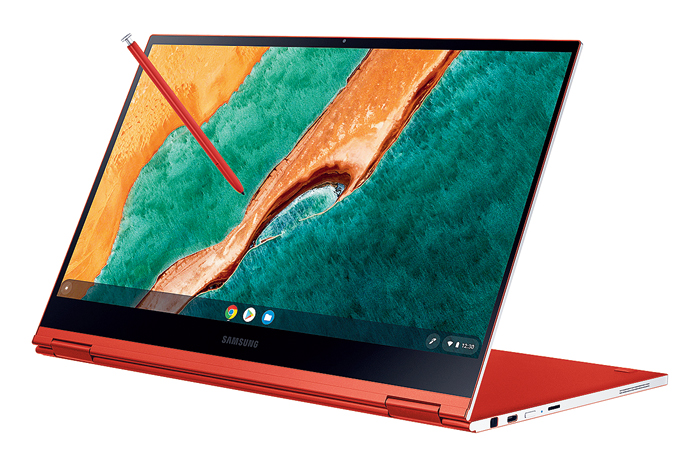 Samsung has thrown in everything and the kitchen sink into its new Chromebook, which makes the premium Google Pixelbook look oh-so-sad. It has a 13.3-inch AMOLED display with 3840x2160 resolution and incredibly thin bezels. Powered by Intel 10th Gen Core-i5 processor, complete with fingerprint scanner for unlocking, S Pen stylus, two USB-C ports, microSD for expansion… whew… and it’s built out of aluminium instead of cheap plastic. Get the fiery red version to make colleagues go crazy.

When and how much: Will be available in fiesta red and mercury grey in the first quarter, starting at $999.99.

After folding phones, it’s time for a laptop with a folding screen. PC maker Lenovo, which acquired the ThinkPad brand from IBM 15 years ago, has come up with an Intel-powered machine, which will run on Microsoft’s Windows OS. Folded, it looks like a leather folio and when unfolded, a giant tablet. You can use either a virtual keyboard or slap a Bluetooth keyboard on one half of the multitouch display. A cool feature — the keyboard can be stored inside the folio when it’s closed; it fills in the gap between the two halves and it wirelessly draws a charge from the ThinkPad X1 Fold.

Sometime ago Samsung had promised that by 2020 its products will be IoT embedded and will be connected by an AI platform. Its Ballie — which reminds one of BB-8 — is a personal robot that rolls around homes. The small round device has built-in artificial intelligence capabilities, a camera and a mobile interface that intends to help you around the house. At the onstage demo, Ballie followed Samsung consumer electronics division CEO H.S. Kim by rolling around, using the camera to track Kim. It can do things like open blinds, turn on the TV and even summon a vacuum cleaner, provided all are IoT enabled. The company has not revealed a release date or price. 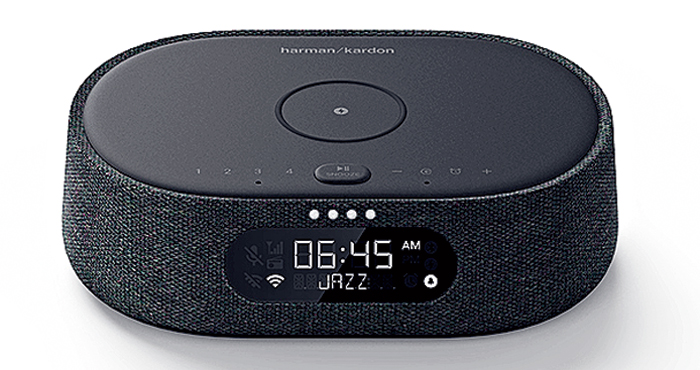 The Amazon Echo Dot is great but the Citation Oasis has something you would love — it allows built-in wireless charging for your smartphone. Of course, the smart speaker also has an LED clock, onboard is Google Assistant and has music streaming capabilities. Definitely a buy-buy.

After winning a fair share of the spotlight with the world’s first foldable phone in 2018, Royole is now focussed on the smart speaker, which comes with a curved display that wraps around the device. Equipped with Amazon Alexa and two far-field mics, it even has a 5MP camera which has a “physical mute switch”. But the price!

This is a modular MIDI controller. It has a compact wooden and aluminium board that supports swappable pads to accommodate your instrument of choice. “With choices ranging from beatpads to piano keys to a guitar neck, and support for mobile devices like tablets”, the device will have you make music in no time.

How much: You can buy the “essential pack” for Euro 479 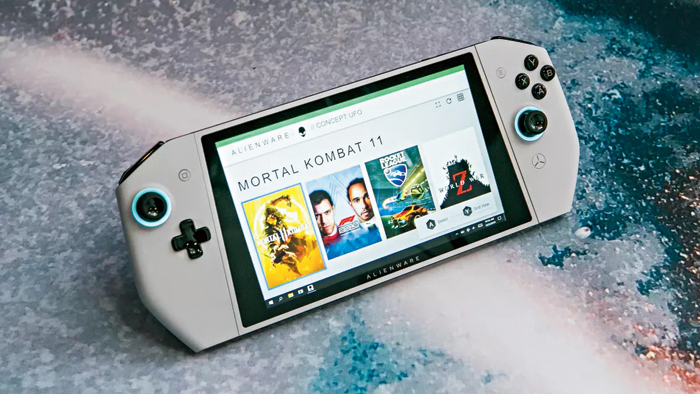 Nintendo Switch has already proved that people want to play console-quality games anywhere, on the go. This is the next step. Alienware (a subsidiary of Dell), known for gaming laptops, has showcased a prototype — the Concept UFO, which runs Windows 10 and comes with detachable controllers and a dock to connect to a TV or monitor. Being a Windows PC, you will be able to access your PC gaming library on the device. This is a prototype. 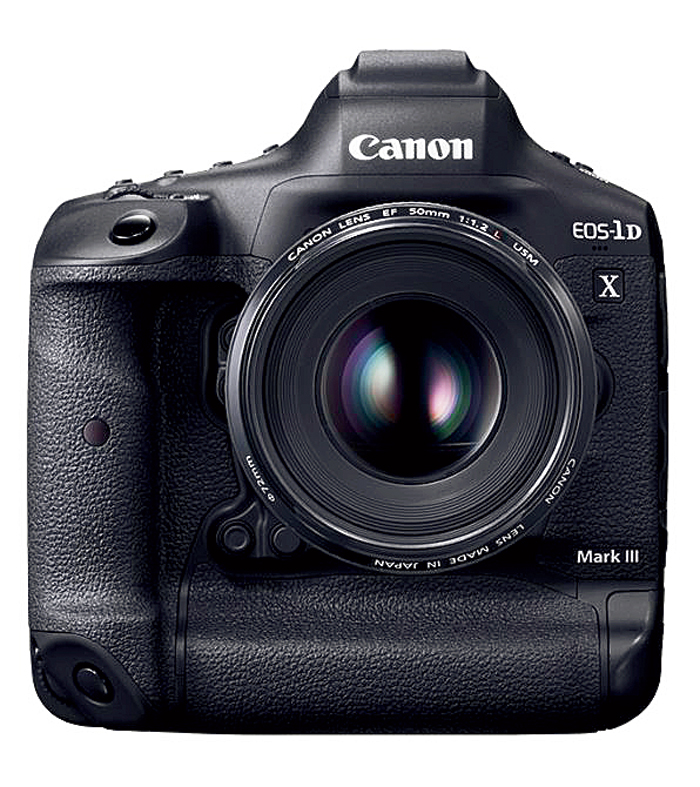 DSLRs are far from dead. The new member in the Canon family comes with improvements like a faster Digic X processor, burst shooting at 16 frames per second, and face- and head-tracking. It can shoot 5.5K RAW video and 4K video at 60 frames per second. The camera features a newly-developed 20.1-megapixel full-frame CMOS sensor, which features a new 16-point lowpass filter (as opposed to a traditional four-point lowpass sensor), offering much improved sense of resolution and sharpness as well as reduced moire effects.

When and how much: Priced at Rs 575,995 (inclusive of taxes; yes, this is the Indian price!) for the body, including 512 GB CF Express Card and Reader, it will be available mid-February at select retail outlets.

Obviously it’s a belt and it has been showcased as an experimental product (we don’t know how much it is going to cost). According to US Centres for Disease Control and Prevention, one-fourth of Americans over 65 fall each year and in 2015, the total cost of fall injuries was $50 billion. Smart Belt Pro comes with embedded sensors to calculate the fall risk from abnormal gait patterns. If a user shows an unstable gait pattern and a higher fall risk, its companion app will send a warning notification through the user’s phone. It’s a prototype. 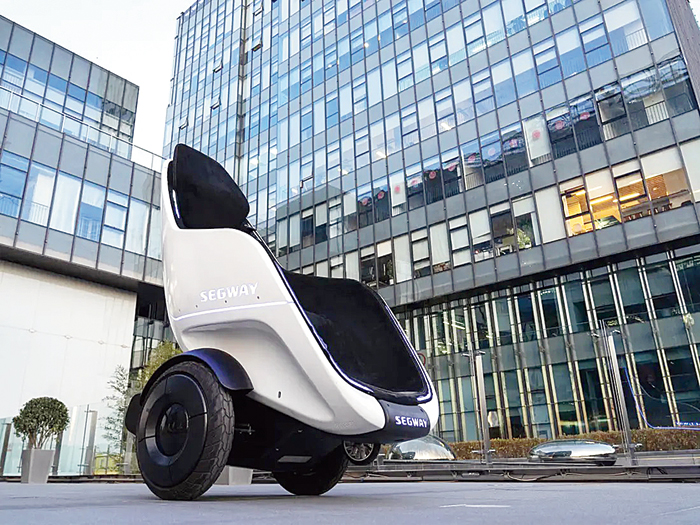 A cool way to go around the campus would be in Segway’s S-Pod, which is an egg-shaped two-wheeled self-balancing stroller that can hit speeds of up to 24 miles per hour. The best thing about the device is the joystick on the side, which means you don’t need to find your balance. It is also equipped with automatic braking on turns and exterior lights that act as turn signals. Price and release date haven’t been unveiled. 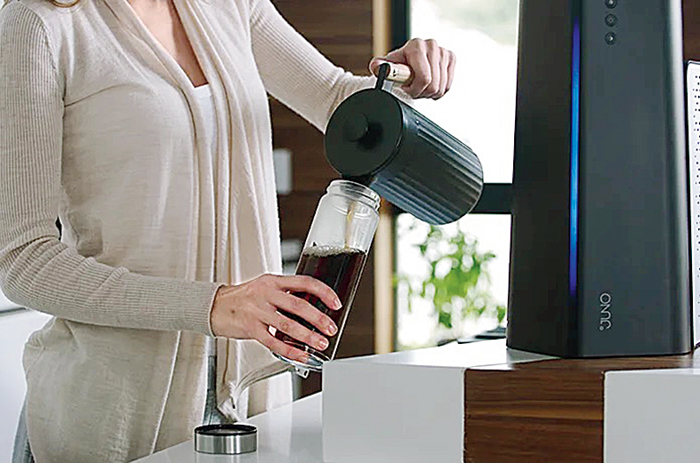 The device presents chilled beer, cold-brew coffee or any beverage in a matter of minutes. According to Matrix, the company that designed the Juno, it cools a 12-ounce can of beer in two minutes. Or a 750ml bottle of wine in five minutes. Perfect for a party emergency.

When and how much: Expected to ship in the third quarter, on sale at $199 for early pre-orders. 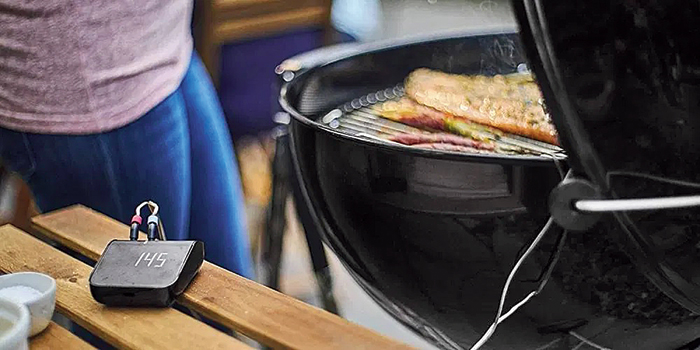 If you believe in grilling outdoors and have some money to spare, Weber has just the product for you. It has partnered with June, a company focused on smart cooking, to come up with a device that sits by the grill with cables that attach to sensors inserted in the meat. The idea is to monitor the temperature of whatever you’ve put on the grill. The hub talks to your phone. 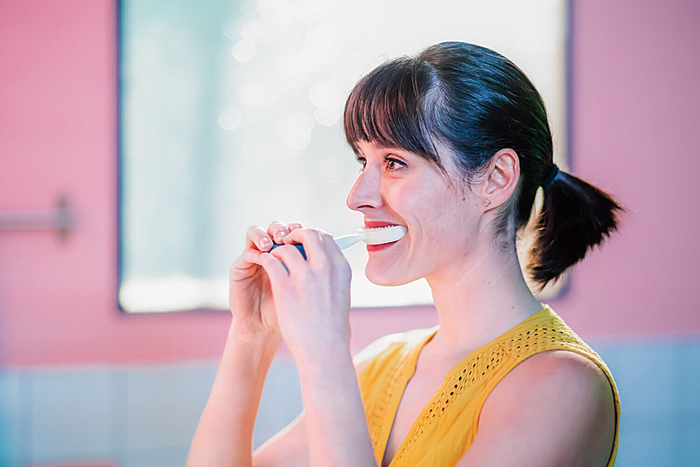 The toothbrush, which looks like a humble tool, has got a tech treatment with Colgate’s Plaqless Pro, which has a built-in sensor that scans your teeth to give you real-time information about the cleanliness quotient.

Then there is Y-Brush from the French firm FasTeesH, which promises to clean your teeth — all of them! — in only 10 seconds. It looks like a mouthguard packed with bristles. Wear it and let the device vibrate. All you have to do is chew on it for five seconds for the upper set of teeth and then five second for the bottom set.

We have been hearing a lot about LG’s rollable TV for some time now; it’s ready to ship this year. The highlight of the screen: It can be rolled up to its base when not in use and the base can also work as a soundbar. Made of ultra-thin, flexible glass, the display can also be used to show time, weather or even snaps taken by the user. 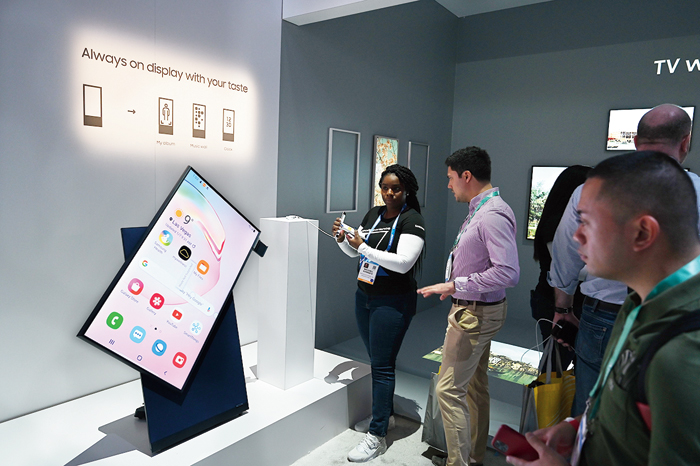 Samsung clearly feels that vertical videos have a future and so does TikTok. The company has come up with a TV containing a display that can either rotate vertically or horizontally. At a glance, it looks like a 43-inch TV but on the press of a button, the orientation changes. You can also synch Sero to your Samsung Galaxy to rotate your TV in real-time. It’s primarily for those who consume content mainly on the phone. Now, they have a 43-inch TV to watch their videos on. Already released in South Korea, it’s coming to other markets. Oh, “sero” means “vertical” in Korean.