The Modi govt’s intent on farm income has, however, been in contrast to its deed 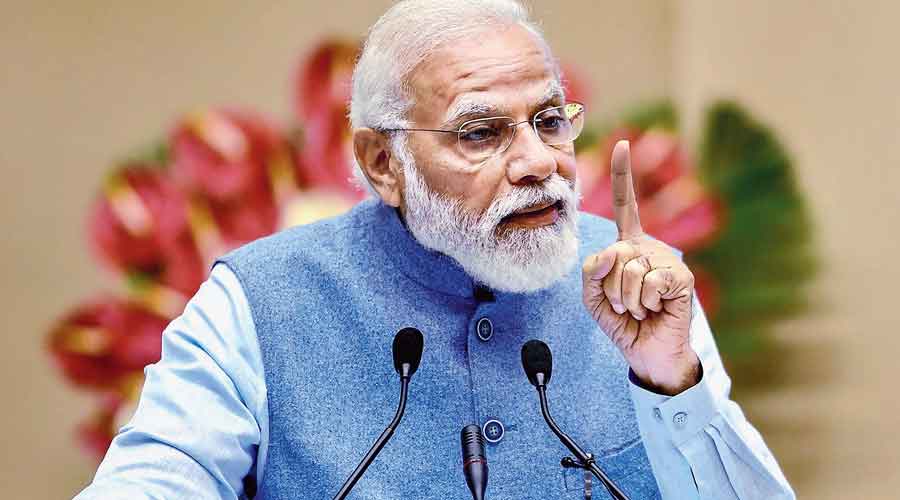 On February 1, the Narendra Modi-led government will table the Union budget for 2022-23. The year, 2022, was the deadline that the prime minister had set in 2015-16 for doubling farmers’ real income. Ideally, the Economic Survey to be tabled before the budget should reflect the peasantry’s earnings in both rain-fed and protective irrigation conditions as well as the status of several announcements the finance minister has made in her successive budget speeches and the huge expectations the prime minister had created earlier.

The Centre had constituted the DFI, an inter-ministerial committee for doubling of farmers’ income. It studied the issue and submitted over a dozen voluminous reports with comprehensive recommendations. The DFI took Rs 96,703 — an extrapolation of 2012-13 National Sample Survey Office estimate — as the average annual income of the farmer at the national level in the base year 2015-16, and Rs 1,92,694 (at 2015-16 prices) or Rs 2,71,378 (at current prices) as the targeted farmers’ income at the national level. These figures were for both farm and non-farm incomes, together constituting the farmers’ income, and are listed under DFI’s Volume II as details on business as usual versus accelerated growth.

The recommendations align with five pillars that the DFI identified as essential to doubling farmers’ income and sustaining a steady income growth in the long run. These include increasing productivity as a route to higher production; reduced cost of production/cultivation; optimal monetization of produce; sustainable production technology and risk negotiation all along the agricultural value chain. There was no key strategy for placing the services and industry sectors in the countryside as a means to augment income — the DFI limited itself to agriculture only.

The country had in the preceding seven decades focused on raising agricultural output, but the M.S. Swaminathan-led National Commission on Farmers had found that a rise in output does not translate necessarily into income growth. A focus on farm income growth was therefore a welcome departure from the past strategies that spoke only of better technology, higher public investments and so on. The renewed focus linked farm and non-farm incomes so that the real income of the farmers grew. The Modi government’s intent has, however, been in contrast to its deed. In its deeds, it has been trying to dismantle the architecture of the Indian farm sector, to open up agricultural markets to private players without assuring farmers of better incentives and robust regulatory framework.

A series of ill-conceived policies since 2016, including demonetization, and two years of the pandemic-battered economy have cumulatively wrecked the toiling masses, particularly those solely dependent on the tattering farm sector. We are now in the midst of a third wave of Covid-19.

There has been no palpable change in farmers’ income over the last decade. Contrarily, their incomes have dwindled on two counts: the production costs have spiralled manifold owing to a spike in the costs of fertilizer, fuel, labour and other ancillary services, and the price volatility of major commodities has intensified. There is no commensurate rise in the cost of commodities for peasantry, save that of cotton this year when national production has likely plummeted, while the import of edible oil and pulses has crashed domestic prices for farmers in spite of a sharp rise in demand and consumer price. There has been no focus on animal husbandry, a mainstay for many small and marginal farmers. The state governments facing a fiscal crunch have applied major cuts to many rural programmes.

Intentions apart, the prime minister could begin with an honest assessment of farmers’ real incomes in 2022, without which, the future of farming looks bleak.