Silence is grey: Whither press freedom?

The Indian State is making the media crawl 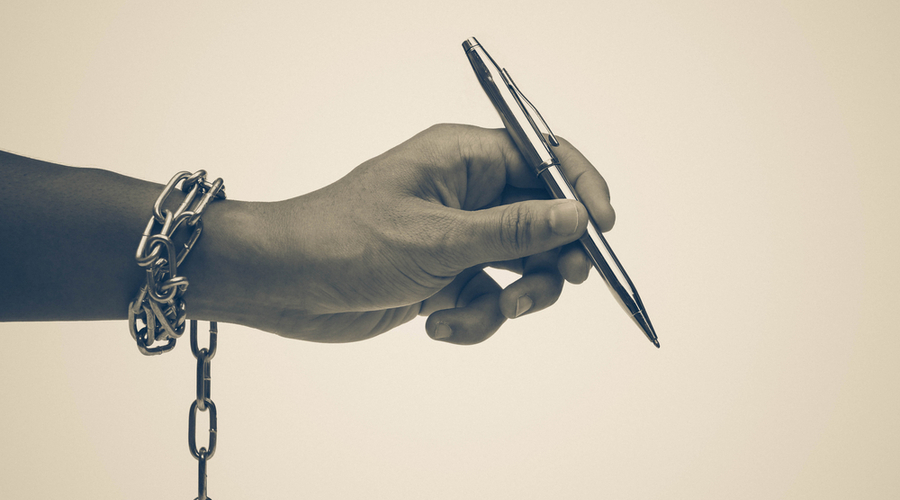 Democracy is not just about ‘being’ a system and how a nation is organized. It is much more about it ‘becoming’ inclusive and accountable to those who constitute the nation. One of the important indicators of the vibrancy of a democracy is the freedom of the media in it, something as important as breath to a living body. While in itself it is no vital organ of the State, its absence can leave the body inert. Two recent reports indicate that the media in India are gasping for breath.

The World Press Freedom Index report put out by Reporters without Borders has India ranked 142nd out of 180 countries covered in 2020. In 2019, it was ranked 140. It observes that globally there is a “crisis caused by growing hostility and even hatred towards journalists”. Placing Jair Bolsonaro’s Brazil at the 107th rank and Donald Trump’s United States of America at the 45th rank, it points out that the two leaders “continue to denigrate the media and encourage hatred of journalists in their respective countries”. The press freedom report presents a comparative global view of the media; Getting Away with Murder by Geeta Seshu and Urvashi Sarkar is an India-specific report. It points out that 36 instances of attack on media persons took place during 2019, and 198 between 2014 and 2019. One in every five attacks involved murder. The increasing frequency of such attacks is alarming. Almost invariably, the perpetrators have not been punished. Most cases have not moved past the FIR stage, and only a few have come to a court trial. The report records that the perpetrators of the attacks include “government agencies, security forces, political party members, religious sects, student groups, criminal gangs and local mafias”.

The media have now become so much of a hazardous occupation. The hazards include physical attacks, threats and trolling in the foulest language, mental torture and lack of adequate legal relief. In such a situation, can the country expect the media to stand up and speak when and what they are expected to? The Constitution does provide freedom of expression as a fundamental right, but it is subject to ‘reasonable restrictions’, an expression that the regime seems to have left to a spacious interpretation. In addition to PoTA, UAPA and the century-old Official Secrets Act in force since 1923, other regulations too are being used to target inconvenient media houses, journalists, cartoonists, writers, film-makers, cinema artists, dramatists, publishers and information activists. Law, which ideally should defend the independence of journalism, is being used to silence it. Besides, extra-legal methods are also being used. If any courageous television or print journalist raises questions, she or he is trolled relentlessly. Ask Anand Teltumbde and Gautam Navlakha, for instance. In an ideal democracy, they would have received a Pulitzer-like prize for their courage and depth in writing. What they have received is arrest by the National Investigation Agency. Extending adequate constitutional and legal protection to scribes and questioners could be wished for had wishes been horses. This wish is quickly dashed by an inscrutable delay in criminal investigation and python-slow court procedures. Asha Rajdeo Ranjan has been making futile rounds of the CBI courts to get to the book the killers of her husband, a bureau chief of Hindustan, who was murdered in 2016. One cannot easily forget, alas, that a female court employee, who charged a mighty judge with sexual harassment, was sacked and that her case was heard and dismissed by the very same judge. Is gagging the questioner the new normal in India?

Recently, Supriya Sharma of the Scroll.in, who filed a story about shortages in food supply, really a humdrum journalistic task, had to face a first information report. The report filed by her was not just about one of those seven lakh nondescript villages where migratory labourers returned after the lockdown to languish. This was a report related to the prime minister’s parliamentary constituency. Staring before her is, possibly, the reward of a jail term. Given this sorry state of those who raise questions and the hazards created for the media as a profession, is it surprising that the media and media persons lie supine? Yet, intimidation by those in power is not entirely new for the media. What is new is the threat posed to it by a fraudulent competitor — fake news. Bolsonaro and Trump alone are not the masters of generating fake news. The present regime in India is a cut above them in doling out to credulous citizens ‘facts’ that bear no rational scrutiny. The media, by nature, are cautious, sceptical and careful in accepting tall claims. Therefore, social media is used for circulating this parallel ‘news’. Ideally, social media should have performed its role as a historical culmination of print and television media, but is being put to use as their adversary.

What should have been respected for its independence as a pillar of democracy is now made to emit trivia flowing out of the regime’s propaganda machine. Television channel news rooms are shrill today because the anchors have lost their own voice. They are busy shouting down dissenting voices rather than raising questions that concern the country and its citizens. The painful loss of nerve by the media in India may be a natural consequence of the prevailing political environment. Far more painful is the citizens’ complicity. Sadly, a large section of India’s citizenry has chosen to remain a mute witness to the silencing of the questioners. In terms of transactions — knowledge and economic — the media are the producers and the citizens consumers of what they produce. However, for safeguarding our democracy, citizens must learn to look at the media as a democratic institution and stand by it when under attack. If the regime’s propaganda divides media and social media, citizens committed to democracy must bring the two together in a complementary relation.

Most citizens appear to have shifted loyalties away from print and TV media and taken to using social media platforms for news and views. They are jubilant that they are no longer mere consumers of media content but its producers. This excitement and the unmatched speed with which the content can be relayed make social media users impervious to the fact that the terrain is constantly assailed by thought viruses. Besides, the technology that provides social media its user control and speed also provides the State a vantage ground for mounting an invasive surveillance. That, too, is aimed at silencing questioning. This may suit a regime in power for one or two terms but is disastrous for our democracy and nation. The situation cannot change unless citizens come forward to actively defend the freedom of media and mind.

The author is a literary critic and a cultural activist; ganesh_devy@yahoo.com