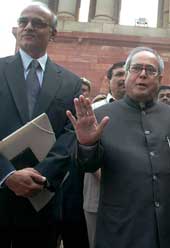 Roberto Calasso Is One Of Our Few Remaining Witnesses To That Which Cannot Be Appropriated, Says Pratap Bhanu Mehta The Author Is President, Centre For Policy Research   |   Published 14.12.05, 12:00 AM

It is often said that the true mark of a great writer is his ability to create a completely new genre. By this reckoning, Roberto Calasso can surely lay claim to being one of the world?s greatest living writers in every sense of that impoverished word. While the nature of Calasso?s overall achievement is not easy to describe, because so much of it depends upon the force of his own words, there has seldom been a writer whose every word is a revelation. I first stumbled upon Calasso accidentally. I had always thought that Marxist critics had never given Max Stirner his due.

Stirner was the only one of Marx?s adversaries who seemed to have gotten under his skin. Marx was too much of a genius not to recognize the intellectual threat that Stirner posed to his project. Marx had himself made a career out of showing that all thought prior to Marx was a form of reification, an idolatry of concepts that kept humanity in awe, but disguised reality. But Stirner?s delirious invocation of an ideal of personal autonomy, where the subject could stand and oppose everything, was a turning of tables on Marx himself. For one thing, Stirner?s position entailed that there was no such thing as a politics without remainders. Something of the Self is always abridged in any attempt to articulate the meaning of existence. The Marxist hope that all contradictions could ultimately be reconciled was as much a delusion as any that he had exposed. Stirner came too close to exposing Marx?s game. His claim that there was a Self that could always stand outside any appropriation into State, History or Progress doomed the modern project.

For someone with an amateur interest in Stirner, there was not much to go on. And that was the moment at which The Ruin of Kasch, Calasso?s most enigmatic book, fell into my hands. The book not only had some of the best pages on Marx and Stirner that I had ever encountered, but it used this debate as a template to throw light on modernity itself. It characterized modernity as an attempt to do things: one erase the surplus of existence, and bring it all under a controllable form. This vainglorious hope of a sacrifice without a residue, and therefore a sacrifice that does not recognize itself as such, was at the heart of the modern project. To simplify considerably, moderns are unaware of all that precedes their own success. Unlike ancient sacrifices that constantly kept in view the fact that a sacrifice was taking place, with blood and victims and all, modern sacrifices, in all the political forms they take, deny their own sacrificial character. But what is expunged from the modern consciousness returns to haunt it in a more pathological form. Modernity?s bloody history is not something modernity can acknowledge or fathom in its own terms.

To reduce Calasso?s work to a doctrine is to caricature it. The precision of Calasso?s language, his ability to bring to light the shared assumptions behind seemingly disparate doctrines, and his sheer originality make him a thinker of unparalleled power. This is a writer for whom each word matters. He is one of the few writers each of whose sentences is a profound metaphysical thriller: an entr?e into an absolutely astonishing question that ends with an equally surprising answer. It is something of a clich? to say that language reveals. Calasso is the only writer I know of who has taken this thought literally and seriously, where the interface between two words can reveal a network of existential connections. His sentences are worth more than most books. Take his meditation on the connection between ?law? and ?order? and their mediation through sacrifice. ?Order is what law, on its own, cannot achieve.... (O)rder is law plus sacrifice, the perpetual supplement, the perpetual extra that must be destroyed so that order can exist. The world cannot live by law alone, because it needs order that law alone is unable to provide. The world needs to destroy something to make order; and it must destroy it outside the law, with pleasure, with hatred, with indifference.? There is a no more succinct articulation of the central problem of political philosophy.

Precisely because Calasso takes words seriously, he is the most penetrating reader I know. Both his recreations of what we think of as Greek and Hindu mythology in The Marriage of Cadmus and Harmony and Ka are philosophically acute and philologically accurate. But equally his book on Kafka and the astounding Literature and the Gods are an account of the always tense wrestling between the world and word. How does presence erupt through literature?

But is this question even intelligible to an age in thrall of two positions without a residue? ? a nominalism that threatens to sever the link between the word and the world from one direction. This is a doctrine, most radically prefigured in the Buddha, that will not recognize any constraint or limit, where the world acts as no prohibition on language because the world does not exist at all. On the other hand, there was the fleeting moment of scientism that did away with the relationship between the world and the word by denying that there was any problem of representation. The world in that becomes everything, language nothing; literature in the true sense of the word becomes impossible.

In part, Calasso?s work is elegiac, like Wittgenstein, only too powerfully aware that it risks being misunderstood. Calasso, like Wittgenstein, has experimented with a new genre that defies convention and made it all his own, precisely because convention has become so unaware of its own presuppositions that to say anything using them is almost impossible. How does one write a book that can reflect the creativity of existence itself? Calasso is often described as a thinker who thinks in stories not in arguments. But nothing could be farther from the truth. He is not a story-teller precisely because stories have ceased to reveal: they have become what we name them: fiction.

But philosophy as well is no longer possible, a victim of its own claim that it would be self-grounded, not grounded by existence. It was precisely such a dilemma that led Plato to use ?myth? to reveal the truth no story can, and make the argument no philosophy is able to without subverting itself. Hence Calasso has been searching for what he somewhere calls ?absolute literature? that does not dissolve reality into mere story, but can articulate the layers of our existence. This is idea of literature as meditation, as a medium of access to something that reminds us that we moderns, contrary to our claims, are not the ground of our own being.

Calasso has this effect where readers come away admiring the clarity of each individual sentence. There is nothing obscure in Calasso?s writing though there is a phenomenal scholarship few can match. But asked to recreate the meaning of his whole oeuvre, anyone would hesitate: what does this all add up to?

But in forcing this question upon us, Calasso again reminds us of the layers of paradox that enfold us. As he writes about India: ?Every true philosopher thinks but one thought; the same can be said of a civilization.? The central insight of Indian civilization is that something ?only exists if consciousness perceives it as existing. And if a consciousness perceives it, within that consciousness there must be another consciousness that perceives the consciousness that perceives.? But then any attempt to abridge this complexity and cut the Gordian knot of existence, whether exemplified in Buddha?s radical attempts, or Marx?s more deluded ones, will only disenchant the world. It will not answer what it all adds up to. Calasso reminds us what the an- cients knew: not everything can be appropriated. He is one of our few remaining witnesses to that which cannot be appropriated.