Advertisement
Home / Opinion / With Channi here to stay, Sidhu will have to cool his heels

With Channi here to stay, Sidhu will have to cool his heels 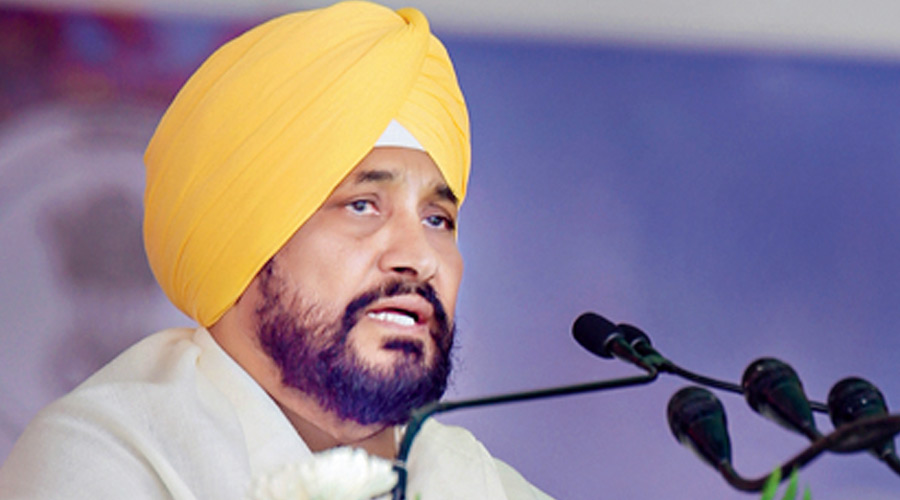 The new chief minister of Punjab, Charanjit Singh Channi, has been caricatured as a puppet of Navjot Singh Sidhu. The Shiromani Akali Dal even advised Channi not to allow Sidhu to act like a “super CM”. This is an incorrect reading of both the Congress high command’s intention and ground realities. Rahul Gandhi has consciously empowered Channi with a long-term plan of creating a Dalit leader. He will reportedly be given the freedom and support to prove himself and there is no plan to dump him after the assembly election if the Congress retains power. Sidhu has his place in the Congress’s scheme of things, but the party would not like to put all its eggs in one basket, particularly after realizing how temperamental and uncompromising Sidhu can be. It can be safely predicted that Sidhu will have to cool his heels for much longer now because of the importance of the Dalit card that is expected to help the Congress narrative of social justice in other states as well. Dalit groups have welcomed the appointment as Channi is the only chief minister of Punjab from the scheduled castes. A group of Dalit activists met Rahul Gandhi in Delhi to thank him for the decision. The Congress leader also reiterated his commitment to empower the oppressed. Channi himself is a veteran politician with degrees in law and business management. Nobody should be surprised if he remains the Dalit face of the party for a long time to come.

Behind a stern exterior, PC Siddaramaiah has always been known to have a witty side. Recently, while engaged in a heated discussion in the state assembly, the leader of the Opposition failed to notice a soon-to-be wardrobe malfunction. The Congress state president and lawmaker, DK Shivakumar, sprang to his rescue by warning Siddaramaiah that his “panche” (dhoti) was about to come undone and fall. As he quickly tied the dhoti in place, Siddaramaiah quipped that he had gained four to five kilogrammes during his recovery from Covid-19 and his bigger paunch would not help hold the fabric in place. When a member from the treasury benches offered to help him tie the dhoti, Siddaramaiah said on a lighter note, “Since you are sitting on the other side, I will not ask you for help.”

It is that time of the year when the Bihar chief minister, Nitish Kumar, holds review meetings with various departments on pertinent issues on a regular basis. The other day, he held one on the law-and-order situation in the state, especially in the context of the approaching festive season. However, the word on the street is that ministers and officers are reportedly finding such meetings increasingly banal, more so in the light of similar instructions being repeated year after year.

Ravi Shankar Prasad and Prakash Javadekar, dropped as ministers during the July reshuffle, seem to be trying their best to bounce back. The two have been showering praise on the prime minister, Narendra Modi, by lauding the achievements of his government. Both were heavyweight ministers until recently and now stand pushed to the margins. Whispers in the party corridors say that the chances of the two making a comeback are slim. “Modiji has moved ahead. He is building the next generation,” one leader remarked.

Party leaders drew attention to the fate of another high-profile leader, Rajiv Pratap Rudy. Rudy, a Lok Sabha parliamentarian from Bihar, is now busy flying as a commercial pilot. Officially, he is a national spokesperson of the Bharatiya Janata Party but is rarely called to address press conferences. Many feel that these leaders may even be denied party nominations in 2024.

At a time when the Left Democratic Front government in Kerala is showing signs of weariness in its second term, the chief minister, Pinarayi Vijayan, received a rare compliment from a senior Congress leader. The Lok Sabha member, K Muraleedharan, compared the chief minister with his father, K Karunakaran, in the way both successfully catered to all communities. With the Left government struggling to contain the damage caused by a Catholic bishop who accused the Muslim community of orchestrating ‘love jihad’ and ‘narcotic jihad’ against non-Muslims, Muraleedharan’s comments came as a relief. According to him, the only difference is that while his father dealt with the communities directly, Vijayan deploys dedicated teams for the job.

At the stroke of two every afternoon, a majority of the IAS and IPS officers strut out of their offices in Patna and head home for a two-hour-long lunch and siesta. Many of the subordinate officers also follow suit, bringing work to a standstill at the headquarters. Some have pointed out that such an office culture would only be tolerated in a state like Bihar. Asked about the habit, a senior IAS officer said, “I think I inculcated it from our seniors... they got it from their superiors who aped the ICS officers during the raj era. I guess the [British] felt their energy sapped in these humid conditions.” He could not tell why the Indians felt the same.

Last week, the National People’s Party-led Meghalaya government appointed the BJP state unit president, Ernest Mawrie, as adviser to the chief minister, Conrad Sangma. He will advise Sangma on issues related to DoNER, tourism, and animal husbandry and veterinary departments. This decision caught the eye because Mawrie, in spite of the BJP being a part of the coalition government, has been a vocal critic of the ruling dispensation. Who says criticism doesn’t pay?