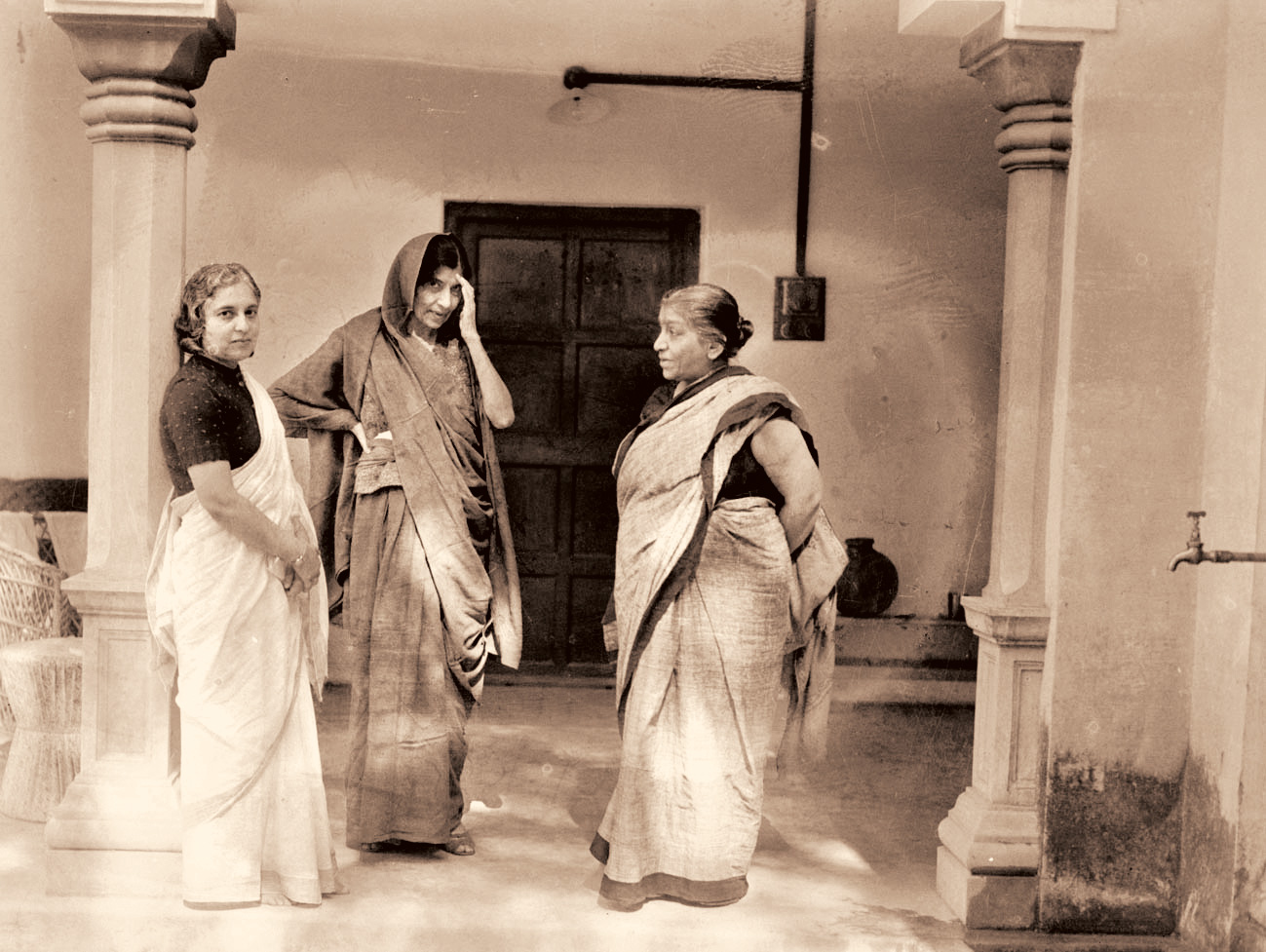 In 1925, Sarojini Naidu became president of the Indian National Congress. Her candidature was promoted by Gandhi, who admired Naidu because she stood “for solid Hindu-Muslim unity”. Her election as head of her party was, as Gandhi put it, “the fittest opportunity for paying our Indian sisters the compliment that is long overdue”.

In 1925, it was absolutely impossible for a major national party in the West to have a female president. When I made this point recently in a talk in Bangalore, it led to a burst of jingoistic cheering. I held up my hand, and asked my audience to withdraw the applause. For, since 1925 the West has made rapid strides in women’s representation at the highest level of politics, whereas our own progress has been tardy.

By the standards of modern feminism, Gandhi would be found wanting. He mostly treated his wife as an extension of himself. However, he brought more women into public life than other world leaders of his time. Sarojini Naidu was not the only prominent female in the INC; others included Kamaladevi Chattopadhyay, Rajkumari Amrit Kaur and Vijaya Lakshmi Pandit. Many other women participated in the movements of civil disobedience against British rule.

By contrast, the great Western leaders of that generation worked almost exclusively with males. Neither Franklin Delano Roosevelt nor Winston Churchill had senior women colleagues in their party. Nor did Charles de Gaulle, Mao Zedong, or Ho Chi Minh.

When the first Lok Sabha was constituted, some 5 per cent of the members were female. This low number perhaps showed that while the freedom struggle had promoted women’s rights among the educated, in society as a whole the deep residues of patriarchy remained untouched. Yet at this time, India was still ahead of the West. In 1951, merely 2 per cent of the United States of America’s House of Representatives was female, and only 3 per cent of the United Kingdom Parliament.

It is in the decades since that the picture changed, and entirely to the West’s advantage. The number of female members of parliament in the UK has gone up from 17 in 1951 to as many as 208 in 2017 (constituting 32 per cent of the House). In the US, before the recent mid-term elections, some 84 women served in the House of Representatives. This number has since gone up substantially, with over 100 women candidates elected to the House. More than 20 per cent of US Congressmen are, in fact, Congresswomen. The percentage of women in the Senate is also about 20 per cent.

In the current Lok Sabha, some 12 per cent of the MPs are female. The number has more than doubled since 1951-2. On the other hand, in the same period, the number has increased ten-fold in the UK Parliament and in the US Congress.

In America, women are even more visible in the states, where they constitute 25 per cent of the legislature. In some states (such as Arizona and Vermont) the percentage rises to 40 per cent. On the other hand, in India, the proportion of women in state assemblies is about 9 per cent, even lower than in Parliament.

Back in 1925, Gandhi was ahead of Roosevelt and Churchill when it came to inducting women into politics. However, the US and UK have since made far more rapid strides in this regard. The credit should go to the feminist movement in those countries, whose energy and agency has led to a greater articulation of women’s rights, which the male political class has found difficult to resist. In India, on the other hand, patriarchy has proved to be more resilient, and progress has been far slower.

Which brings us, inevitably to the question of quotas. In the 1980s, the Green Party in Germany decided that in every election, local, regional, or national, 50 per cent of their candidates would be women. The advanced thinking of the Greens shamed the other parties into putting more women on their lists. Thirty years ago, merely 6 per cent of the Bundestag was female; now it is about 30 per cent.

Party quotas worked in Germany. However, in India, where society itself is so regressive, we need legally mandated quotas for women. Such quotas exist at the level of the panchayat and municipality, but not at the level of the assembly or Parliament, when they can have a more substantial impact. For members of the legislative assembly and MPs have far greater funds at their disposal than panchayat members, as well as a direct impact on the framing of public policies.

The women’s reservation bill, brought in when the United Progressive Alliance was in power, was meant precisely to address the evils of patriarchy. It sought to allot 33 per cent of all seats in the Lok Sabha and in state assemblies for women. Sadly, the UPA chairperson did not put her full energies or political capital into the campaign to have the bill passed into law. At the time, the leader of the Opposition in the Lok Sabha was a woman, Sushma Swaraj; yet Sonia Gandhi was unable to build bridges with her to bring the Bharatiya Janata Party as a whole on board. Although the bill passed in the Rajya Sabha, it was stalled in the Lok Sabha.

A disgraceful comment on the women’s reservation bill came from the Bihar politician, Sharad Yadav. He claimed that, if implemented, the bill would lead to the invasion into the House of ‘parkati auratein’; modern women who cut their hair. The statement manifested the deep hostility towards women’s emancipation among the male-dominated parties of northern India. That women must not even be free to have their hair as long or as short as they chose was a mark of how completely Indian patriarchs want to control the personal choices of their wives, daughters, and sisters. Unfortunately, instead of taking on the prejudice that this remark represented, Sonia Gandhi abandoned her campaign altogether.

That Indian democracy would benefit enormously from having more women in the legislature is demonstrated in a recent study conducted by the World Institute for Development Economics Research. This analyses the performance of MLAs in state assemblies by gender. The study found that male legislators were three times as likely to have criminal charges against them as their female counterparts. The growth in assets of women legislators was 10 per cent less than their male counterparts. Both male and female legislators canvassed equally for road construction projects in their constituency; but women were more likely to see these projects to completion.

The WIDER study innovatively uses a perspective from above to analyse what was happening on the ground. Satellites can now tell us how much light there is in different parts of India at different times. Night light data can thus serve as a proxy for economic growth; for more electricity at night means more activity, more production, greater employment. Using these methods, the WIDER study concluded that in their constituencies, women MLAs raised economic performance by 1.8 per cent more than their male counterparts.

Women MLAs and MPs would fare even better in other realms, of course. Surely they would be more courteous than male MLAs and MPs; less likely to hector and abuse, more willing to reach out to opponents in a spirit of dialogue.

The demand for having more women in assemblies and Parliament was originally driven by claims of morality and justice. But now it seems that there are sound economic reasons to support it too. The results of the WIDER study makes one regret even more the UPA’s failure to bring about the women’s reservation bill. Since neither the Congress nor the BJP will promote this cause anytime soon, the only hope is for active pressure from below, for society to demand from parties and politicians that this much needed legislation is reintroduced and passed.

Postscript: After this column was drafted, the news came in of the Odisha assembly’s resolution demanding 33 per cent reservation for women in the legislature. Other parties in the state have condemned the ruling Biju Janata Dal as hypocritical and opportunistic; they will stand guilty of the same charges unless they support such a bill even more vigorously in the Lok Sabha.