What is striking is the speed at which 2,141 trees were felled in two-and-a-half days against fervent public protest 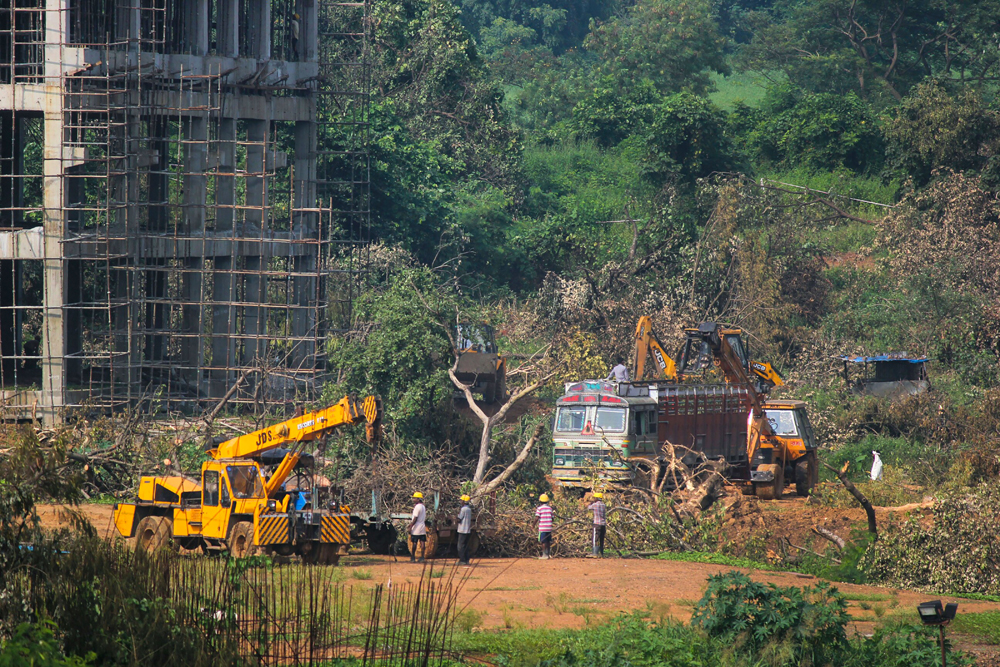 A crane clears felled trees at Mumbai's Aarey Colony on Monday. There were other areas close by, including one with environmental clearance, where the car shed could be built
(PTI photo)
The Editorial Board   |     |   Published 10.10.19, 07:02 PM

While the world grows more fragile environmentally, some governments, such as those in India, love playing clever tricks in order to get what they want. The controversy around tree-felling in the erstwhile Aarey Milk Colony is a revealing instance of this sinister playfulness. These woods of about 1,300 hectares are considered the second largest of Mumbai’s green areas, the first being the Sanjay Gandhi National Park. That was the Borivali National Park, of which Aarey was a continuation before the government earmarked it for a milk colony in 1949. In spite of such changes, the area remained dynamic in its variety of forest flora and fauna, with some animals being endangered and new species of spiders and scorpions being discovered. The region borders the Mithi river flood plains, interfering with which could worsen Mumbai’s flood problem. Tribes live here, too, and their rights are tied in with the fate of their habitat.

The year-long controversy that has now come to a head relates to the government’s decision to build a metro car shed in Aarey, for which 2,646 trees were to be felled. Not only was this development considered more important than a few trees — as though trees alone were the issue — but the move was perceived by the Bharatiya Janata Party as important for the assembly elections on October 21. Protests from citizens, environmentalists, experts and activists culminated the Bombay High Court’s reported dismissal of the plea to stay the government’s axe on October 4, and, by the time the Supreme Court had stayed the tree-felling on October 7, the government’s counsel said that the necessary number of trees had already been cut after the high court’s verdict. What is striking is the speed at which 2,141 trees were felled in the tiny window of two-and-a-half days against fervent public protest. Winning elections and changing natural habitats for commercial use are of all-consuming interest to governments. People’s wishes or their health do not matter. Rather, overriding these is a triumph. There were other areas close by, including one with environmental clearance, where the car shed could be built. But felling trees makes a point. The best trick the government had up its sleeve was that the Aarey region was not a ‘notified’ forest. Legal technicalities provide great loopholes just as the timing of court verdicts can be turned to advantage. Environmental awareness is just a foolish luxury.