Advertisement
Home / Opinion / What is the secret of Sharad Pawar's energy?

What is the secret of Sharad Pawar's energy? 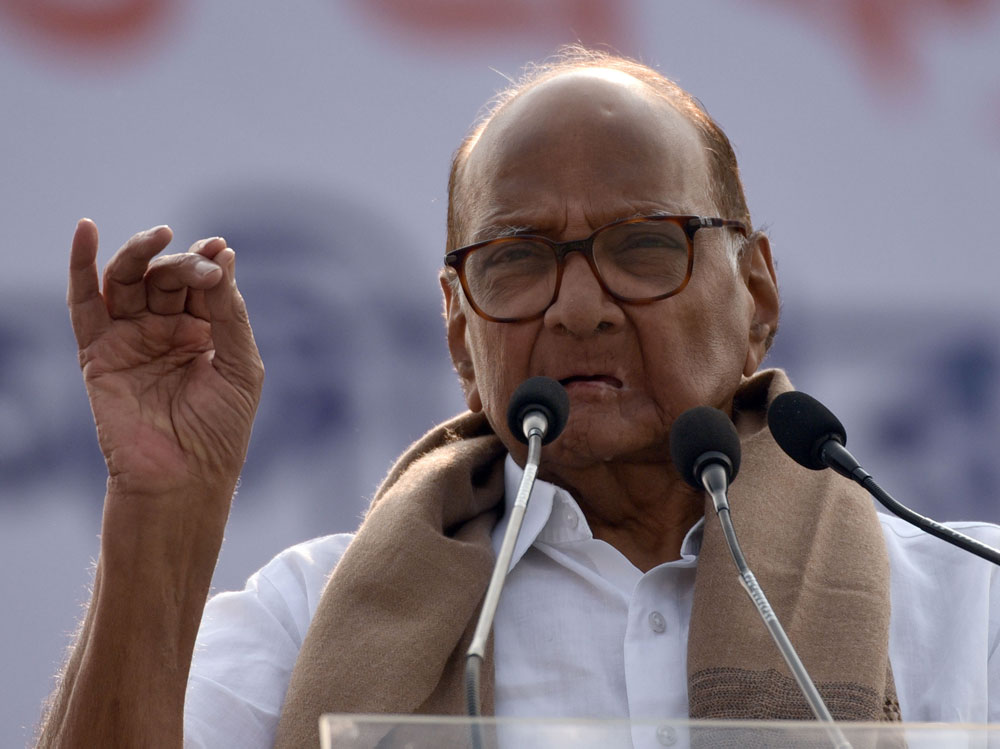 BJP leader Shivraj Singh Chouhan at a press conference in Bhopal on Thursday, May 9, 2019.
(PTI)

The Bharatiya Janata Party’s slogan for the general elections is “Phir ek bar, Modi sarkar (Modi government once more)”. But in Madhya Pradesh, the former chief minister, Shivraj Singh Chouhan, seems to be pitching for “Laut ke aaye, Shivraj sarkar (The return of Shivraj government)”. Chouhan, who lost to the Congress by a narrow margin in the December assembly polls last year, is believed to have smelt an opportunity for reclaiming the throne in the state if the BJP were to perform well in Madhya Pradesh. He is campaigning hard for the Lok Sabha polls but more than 70 per cent of his speech at every rally is devoted to local issues. He is repeatedly alleging how the Congress has failed to fulfil the promise of waiving farm loans in 10 days, stressing that the Kamal Nath government was a lame dispensation that could fall anytime. Significantly, the appeal to return Narendra Modi’s sarkar to power comes only at the end of his speeches.

The BJP had won 27 of the 29 Lok Sabha seats in 2014. However, this time, there are fears that the party could lose a dozen seats. If the BJP manages to hold on to the state with a marginal setback, then Chouhan can take credit for the performance. A better-than-expected result combined with the return of the Modi government at the Centre could destabilize the Congress government in the state. That could be the opportunity that Chouhan is looking forward to. Little wonder then that he does not want the Modi-Shah duopoly to remove him from the state.

Boost was the secret of Kapil Dev’s energy. But what has turned Sharad Pawar so energetic at the ripe age of 78? The corridors of power in Maharashtra are agog with Pawar’s agility during poll season. The Maratha strongman addressed as many as 76 meetings during the campaign in Maharashtra. He did not choose to put his feet up even after the polls were over. The leader of the Nationalist Congress Party moved to drought-affected regions of the state as soon as voting ended. That was not all. He was involved in candidate selection for the NCP, held negotiations with the Congress and played a key role in bringing secular parties together. NCP leaders say that although Pawar took the help of helicopters during his longer tours, he had instructed candidates to arrange for road travel in every constituency so that he could meet a large number of people in the villages. Even Congress leaders from Maharashtra admit that the wily politician’s sincerity and commitment were quite remarkable this time.

The reason for the boost in Pawar’s energy levels is obvious: he is one of the front-runners to lead a coalition government in the case of a hung Parliament. Other regional leaders like Mamata Banerjee and Mayawati may have more MPs from their parties but sources say that the Congress president, Rahul Gandhi, would prefer Pawar to others if he agreed to merge the NCP with the Congress. The fact that Pawar did not contest the elections himself is not a problem either; he is a Rajya Sabha member.

Sam Pitroda’s remark about the 1984 anti-Sikh riots — “hua toh hua” — was blown out of proportion by the BJP and a section of the media to harm the Congress’s prospects in poll-bound Delhi and Punjab. Pitroda tried to control the damage by visiting the Golden Temple and posting a photograph along with a message. It remains to be seen whether this will be enough to stop the BJP and its patrons in the media from achieving their goal.

The Congress rebel, Shakeel Ahmed, was sailing smoothly in his Madhubani constituency but misfortune struck barely 10-12 hours before voting started. Ahmed had defied the party leadership and violated the principles of coalition dharma by filing his nomination from his fief as an independent. The Congress had not taken any action against him. The official nominee on behalf of the alliance belonged to a small outfit and Ahmed thought that it would not be able to force the Congress high command to act against him. But a few Congress leaders from Bihar, led by the campaign committee chief, Akhilesh Singh, were determined to teach Ahmed a lesson. They kept pressurizing the high command to act against the rebel candidate.

Surprisingly, a letter surfaced with the signature of Motilal Vora announcing Ahmed’s suspension on poll eve. There was a twist in the plot though. Vora, who was the AICC treasurer earlier, does not have the authority to issue such a letter. A number of people thus suspected that the letter had been forged. But then the AICC gen-sec in charge of organization, KC Venugopal, ‘issued’ a letter endorsing Vora’s decision, a fact that is being disputed. The grapevine has it that the suspension has been managed without Rahul Gandhi’s consent and that Ahmed’s return to the Congress is imminent irrespective of whether he wins or loses the polls. Some guys have all the luck.