What India’s economic recovery from Covid-19 will look like 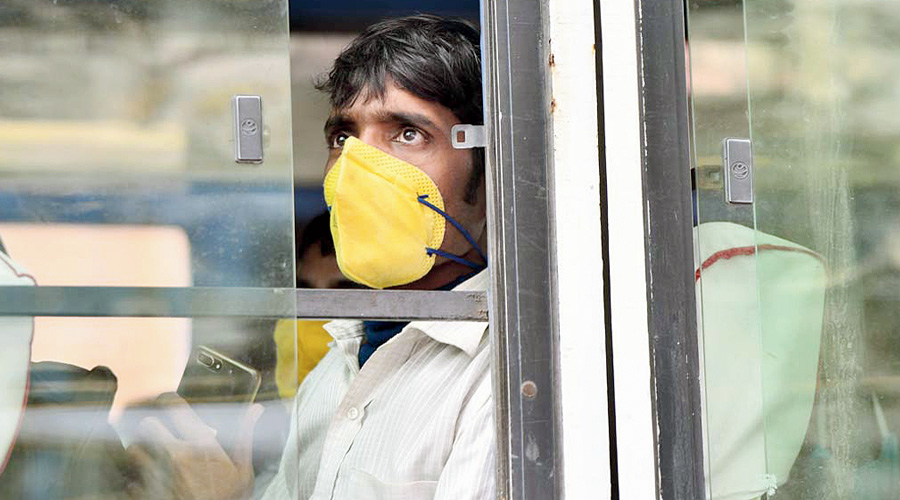 Economic recovery from the pandemic is bound to be different in different countries. It would depend upon the structure of the economy and the product mix that comprises the gross domestic product. The great industrial revolution had created massive opportunities for investments in physical capital such as plants and equipment embodying new technologies that raised the productivity of labour. Growth meant the accumulation of physical capital which raised the economy’s productive capacity. This is the staple stuff still taught in economics courses across the world. More growth is considered desirable since it enables the economy to increase production and help people consume more goods and services. It is the summum bonum of capitalism; the essence of the good life.

During the last two decades the developed economies have witnessed, in varying degrees, a shift of investment away from tangible goods and services towards intangibles. The shift in investment pattern came about for two separate reasons. The developed economies, especially after the financial crisis, appear to have converged to a secular stagnation of low growth, massive inequalities, growing unemployment and a vulnerable financial system. This has compelled them to accelerate their search for figuring out new ways to raise production and move towards more sophisticated, knowledge-based services. The brick and mortar production, and the provision of some back-end services were phased out to economies where labour was cheap and abundant, like China and India. The second reason was the vast potential of information technology, along with more nascent forms of nano-technology and bio-technology to fructify embryonic new ideas into reality. This reality was not exemplified in equipment and machines, but rather in the complex virtual world of interconnectedness. In spite of the much discussed dystopias of financial collapses and the domination of robots and cyborgs, the assets of the knowledge economy began to be discernible, assessed for value, and even exchanged. In many economies like the United States of America and the United Kingdom, where time-series data on intangible investments have been constructed, it is seen that the rate of these new investments have clearly overtaken the rate of tangible investments.

Some common examples of intangible investments are software, analytics, databases, research and development, design, creative content in entertainment and arts, training people, mineral exploration, market research and branding, and business process re-engineering. These are the activities that are cornered by developed countries. These activities also lead to the creation of intellectual property rights. In other words, it gives the investor a claim on future income stemming from the assets, even though she may not be actually using it to produce any goods or services herself. These investments are bulky sunk costs, difficult to recoup if they turn sour. Some are hard to measure and hence ignored in GDP computations. The knowledge intangibles have huge spill-over effects and create synergy between similar types of businesses. Hence low growth in developed economies may be a problem of inadequate measurement, and the rising inequalities an unavoidable outcome of the monopolizing tendencies of intangibles and the rise of the giant corporations. In these economies, the impact of widespread unemployment is softened by social insurance and safety nets. The financial system is propped up by active central banks. Therefore, it may be safely assumed that economic recovery will be relatively fast once the hardest impact of the pandemic is over. Even if the economies of the US, the UK, Germany and Japan are expected to contract in the financial year 2020-21, it is likely that their recovery path will exhibit more resilience from next year, provided these economies do not experience other unanticipated shocks. A more sophisticated assessment and valuation of the intangible investments will show their growth rates to be higher. Unlike physical assets and workers, a body of knowledge cannot be destroyed by a pandemic.

On the other hand, economies that still depend on tangible investments in fixed capital require a physical infrastructure and working class that is completely different from that of the developed economies. An economy such as India’s is a good example. India is still dependent on technology-based manufacturing and technology-enabled services. The basic technology comes from abroad, albeit with some marginal modifications. Production is still, compared to developed economies, dependent on low grade labour. It might be kept in mind that in today’s world, coding in the information technology sector (of which India seems to be very proud) is also very low skill. In such sectors intangible investments are absent or pretty thin. India does not have a social security system that has universal coverage. Anywhere from 80 per cent to 90 per cent of the working population in India is extremely vulnerable to shocks, as the pandemic has revealed. If we include people dependent on agriculture then the figure would be close to 90 per cent of the total population. They are poor, without savings worth the mention, and without proper shelters or residential spaces. In many ways the Indian economy is decades behind the developed economies. Here inequality is not determined so much by giant firms soaring above the rest, but by low wages and insecure jobs. What has happened in India is that a substantial portion of the working class has left for their village homes from where they had originally migrated to cities, revealing an ugly underbelly of the labour market during the pandemic.

Economic recovery is going to be different in such a situation. India will need to invest in tangible capital but there will be a shortage of workers. Demand for products will be low too. The bulk of the production economy will suffer due to the twin problems of low demand and higher labour costs. The salaried middle class enjoyed a paid holiday during the lockdown, but even their jobs may not be secure any longer. The consumer goods sector, the hospitality industry, the tourism and transport industries and even the IT sector will have to downsize to reduce costs and scale. Labour will be the first victim. Since India has not invested in the intangibles as many developed economies have, Indian industries moving to more labour substituting processes based on robotics and artificial intelligence will take time and warrant major investments. It will be a complicated path and the transitional economic pains, severe.

With the recovery paths of the US and India being at two extremes, there will be variations in the spectrum of recovery for economies such as China, South Korea, the European Union, Russia and Brazil. The journey of recovery will be one towards a path where intangibles play a significant part in re-defining growth and development. Capitalism is rapidly transforming into a system where wealth creation does not require physical capital or labour in the way they were essential during the 20th century. It will be capitalism without capital and a production system without workers. In spite of its current political chaos, the US will be part of the international elite system that creates claims to future incomes. India, because of its backward looking ideology,will languish in poverty and uncertainty. There will be one major similarity, though, in the transition to intangible capitalism. Rich country or poor, the need to keep the populace under surveillance and control will become essential to minimize dissent in the wake of labour becoming increasingly redundant. It will be an imposed ‘good life’ where conformism is deemed more important than consumerism. That may ultimately become the post-Covid brave new world of rich and poor.

The author is former professor of Economics, IIM Calcutta.