What India can teach the US about gun ownership 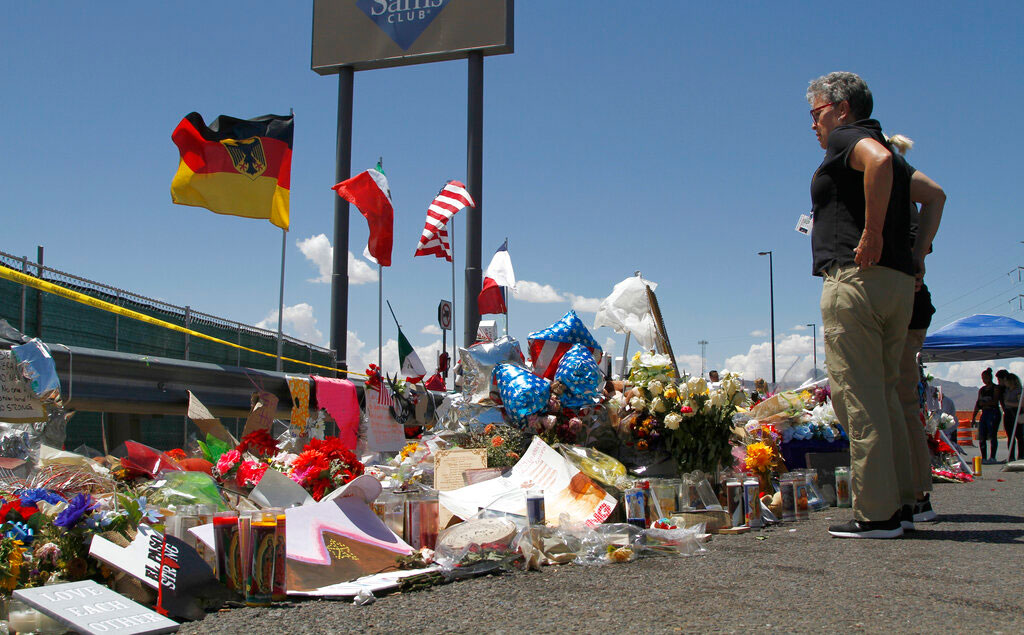 In this August 12, 2019, picture, mourners visit the makeshift memorial near the Walmart in El Paso, Texas, where 22 people were killed in a mass shooting that police are investigating as a terrorist attack targeting Latinos.
(AP)
Nitin Sangwan   |     |   Published 28.08.19, 06:44 PM

More than 275 people have been killed and around 900 injured in the United States of America as a result of mass shootings in 2019 thus far. Recent killings in Dayton and El Paso claimed more than 30 lives in the first week of August. A country with a history of tepid gun legislations in the name of individual freedom and traditional rights is now staring at uncertainties even as voices grow louder against gun ownership after every mass shooting. India may not be a perfect example for the US to emulate, but it does have some lessons to offer in this respect. After all, independent India, a country that won its independence without firing a shot, has discarded the utility of guns in private hands.

The world today can be classified into two broad groups. Some nations — they are a minority — allow liberal gun ownership, while others — these form the majority — discourage gun ownership. India falls in the latter category. We also have some of the strictest gun laws in the world. Unlike the US where the Constitution gives citizens the right to own a gun, in India gun ownership is a difficult proposition. Consequently, while the US has 120 guns per 100 persons, the figure is merely 5 per 100 persons in India. Furthermore, only a limited class of weapons is permitted for individual ownership here. One of the fallouts of such a provision is that an American citizen is 12 times more likely to be killed by a gun than an Indian.

The situation in India can be traced back to a colonial gun control legislation, the Indian Arms Act of 1878, which prohibited Indians, but not Europeans, from possessing, manufacturing and selling arms without license. The original intention of the colonial rulers was to discourage arms ownership in the background of the 1857 Revolt to prevent the recurrence of a similar event. At that time, Indians had vehemently opposed the legislation for its discriminatory nature, but the law proved to be a blessing in disguise over the years as strict regulations on access restricted the supply of guns and reduced gun-related deaths.

After Independence, the government decided to continue these regulations through the Arms Act, 1959 and the Arms Rules, 1962. Currently, citizens in India can apply for a gun license for only three purposes — self-defence, sports and crop protection. There are provisions of strict punishments for the violation of these stipulations that have acted as effective deterrents so far. Gun licences are controlled, as are the production, sale and transportation of guns. The process of obtaining an arms license involves numerous checks and balances. These include obtaining the opinion of various departments, with the final concurrence coming from both the superintendent of police as well as the district collector in most cases. The rules were tightened further in 1987. The power of issuing licences for prohibited bore weapons was taken away from states and vested with the Union government. The issuance of arms licences was further regulated recently.

In 2016, the government replaced the 1962 rules, streamlining the regulations in the wake of the threat of terrorism and the misuse of weapons. At present, even air guns require a licence. Other safety measures, including the imparting of training for not only the licence seeker but also for personnel handling ammunition, have been put in place. The Central government has also been working to create a nationwide robust online database to manage information on existing licence holders to prevent the potential misuse of guns.

The detractors of strict gun laws in India often raise the point that such rigorous regulations reflect the mistrust of the government in its citizens. Critics also argue that such tight laws have resulted in the creation of a parallel, illegal industry in guns. It is true that Etah, Aliganj and Farrukhabad are infamous centres for the production of illegal guns. But empirical evidence suggests that even these centres of production are in decline.

The law of averages suggests that higher the number of gun-toting individuals roaming the streets, greater are the chances of accidents and mass shootings taking place. This is simply because not every gun-owner is capable of handling weapons in a mature manner. Every society is thus confronted with two choices: to arm citizens against threats, real and imagined, or jeopardize the safety of the same citizens by adopting a lax approach towards the regulation of guns.

India, unlike the US, has made its choice clear.

El Paso shooting to be handled as domestic terrorism