Advertisement
Home / Opinion / We have come a long way since gay rights were derided, but much to be done

We have come a long way since gay rights were derided, but much to be done 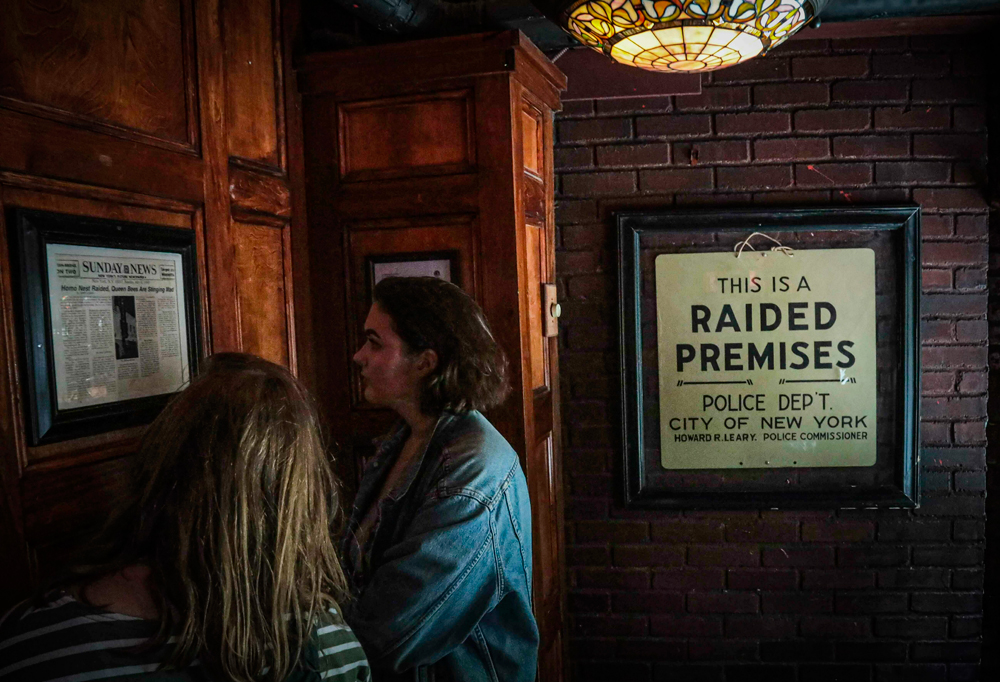 Stonewall Inn visitors read news clipping headlining the 1969 riots that followed a police raid of the bar in New York
Picture by AP
The Telegraph   |   Published 22.06.19, 01:32 AM

Sir — June is celebrated around the world as Pride Month. On June 28, 1969, hundreds of people belonging to the LGBTQ community rioted after the police raided the Stonewall Inn, a gay bar in New York City. This riot marked a watershed moment in the LGBTQ rights movement. On June 28, 1970, the first gay pride march was held. Now, June is marked by the celebration of queer rights with walks and other public events. Although we have come a long way since gay rights were derided, there is still much to be done. The lack of focus on LGBTQ rights during the 17th Lok Sabha poll campaign reflected Indian society’s view of the matter.

Sir — It was expected that the accused who kidnapped, drugged, gang-raped and killed the eight-year-old girl in Kathua would be hanged. But three of them have been sentenced to life and the other three given five-year jail terms (“Life sentences for Kathua trio”, June 11). The death sentence for the priest who committed this crime in the precincts of the temple and reportedly brought in another accused to rape the child, and the special police officer who supposedly begged to be allowed to rape her ‘one last time’ could have been a lesson for any rapist in waiting. Extreme penalties for the other three policemen were expected too. It is puzzling that the priest’s son should be given the benefit of the doubt.

It is hoped that those sentenced to life will not come out on bail, or get their sentences reduced. In such a situation, they would be supported by the Hindutva zealots. That the Hindu Ekta Manch held protests and took out a march in support of the accused immediately after their arrest suggests this possibility.

Sir — That the Bharatiya Janata Party is an organization that encourages communal polarization was revealed by the events following the gang rape and murder in Kathua. While the brutality of the crime shocked the entire nation, the event took on a communal colour which led the Supreme Court to shift the trial from Jammu and Kashmir to Pathankot in Punjab. Curiously, a senior BJP politician advocated a Central Bureau of Investigation probe instead of inquiry by the state police, possibly because the CBI would be under the Central government’s control.

Now when the court has found six of the accused guilty of serious crimes and the judgment has been hailed by all, BJP politicians have chosen to remain silent. The second term of the Narendra Modi government thus seems as ominous as its first.

Sir — The delivery of justice in the Kathua case comes at a time when several crimes against young girls are being reported. The gruesome murder of a three-year-old girl in Aligarh was followed by a series of sex crimes against female children in Uttar Pradesh and Madhya Pradesh.

The law has been amended to award the death penalty to those convicted for the rape of girls under 12. But this means that the perpetrator would find the survival of the victim dangerous. At present, though, sexual predators are emboldened by weak police work that leads to only one in four cases resulting in conviction.

Moral policing and limited avenues for social interactions between the sexes have created an unhealthy sexual culture. Also, the reporting of sexual assault is abysmally low. Recruiting more police personnel, improving infrastructure, disposing of cases faster and making police stations and courts women and child friendly are the ways forward. This requires heavy investment, but it is a price worth paying for the safety of the most vulnerable members of society.

Sir — The delivery of justice in the Kathua judgment is entirely on account of the judiciary, because other agencies in the justice system did not carry out their responsibilities adequately. Often, a pliant police force enables the miscarriage of justice. Unless this is set right, judges would be the lone guardians of the entire justice system.