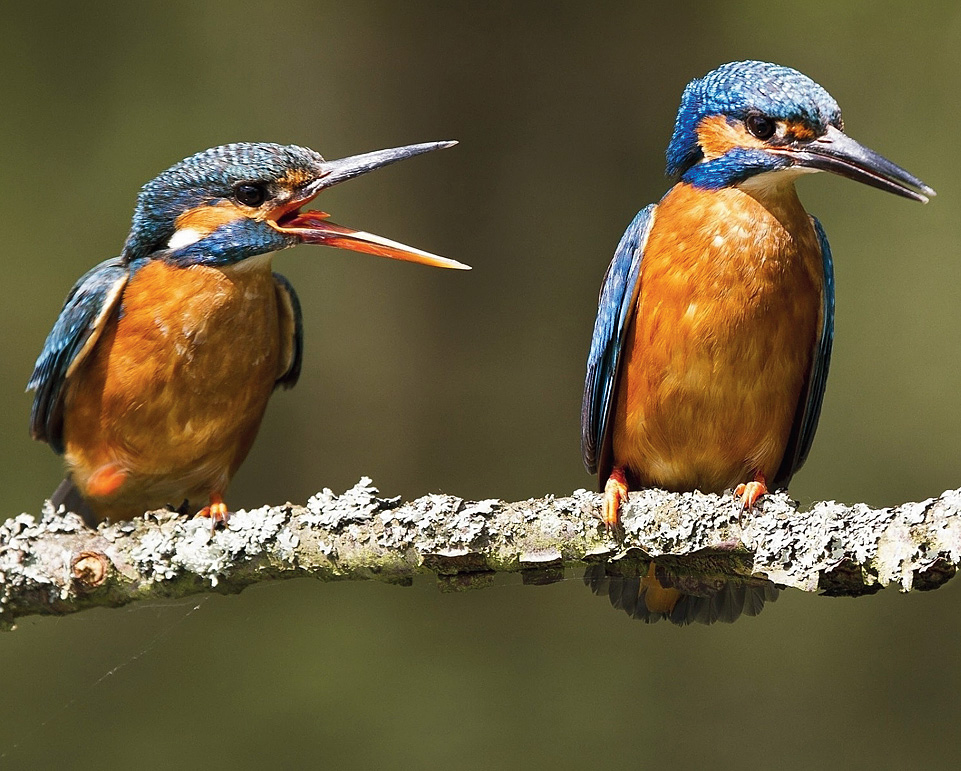 Virender Sehwag tweeted a version of this image on September 18, saying, "Don’t know much about birds but easy to identify the husband in this picture"
The Telegraph   |   Published 05.10.18, 08:50 PM

Sir — The cricketer-turned-commentator, Virendra Sehwag, tweeted an image of two kingfishers on a branch. One of them has its beak open in a gesture that, to humans, may seem like screaming. Sehwag indicated that this was the wife and the bird next to it with its face turned away the husband. It is bad enough that stereotypes are forced on humans. Even artless birds and animals are not spared these days. The image of the wife as a shrew has for long been used to silence women and keep them from speaking up against injustices. Sehwag should restrict his commentary to the cricket field.

Sir — In a landmark verdict, the Supreme Court of India lifted the ban on women between the ages of 10 and 50 entering the Sabarimala temple. There can be no disputing the fact that all devotees are equal in the eyes of god. Celibacy of the deity cannot be the basis for debarring women from visiting shrines dedicated to Lord Ayyappa. There are several such temples across India; these do not stop women from entering.

Women now have access to the Shani Shingnapur temple, the Haji Ali shrine and the Sabarimala temple. One hopes the progressive judgments will put an end to gender discrimination at places of worship.

Sir — The apex court’s verdict in the Sabarimala case is welcome. But its implementation will be challenging. Facilities are reportedly being prepared for women pilgrims who will now be able to enter the main shrine. Given that temple authorities plan to file a review petition, will they put adequate effort into setting up basic amenities for women? The government should look into the matter and ensure smooth execution of plans to build infrastructure.

Sir — The Constitution gives each citizen of India the right to equality. Article 17 of the Constitution also says, “Untouchability is abolished and its practice in any form is forbidden.” The practice of barring some women’s entry into the Sabarimala temple owing to the fact that they could be menstruating is not much different from treating them as untouchables.

Such a ban is not just against constitutional values, but it is also ridiculous. There is no sense in portraying a perfectly normal biological process as despicable.

Sir — Recent decisions of the Supreme Court can go a long way towards building a more liberal, tolerant and progressive society. India is the fastest growing economy in the world but there is a huge gap between India and the first-world countries when it comes to human development parameters. One of the primary reasons behind this lag are inequalities and discrimination that are writ into the laws of the land. The apex court has, in a slew of recent judgements, try to undo these wrongs to a large extent. The verdict in the instant triple talaq case, the 377 judgment and, now, the Sabarimala verdict are some of these. It is now on the government and its law enforcement institutions to ensure that the discrimination that the Supreme Court has tried to put an end to are not practised in everyday life.

Sir — Lake Town seems to have been overrun by cows. In the last year, there has been a dramatic rise in the bovine population of this area — cows amble around blissfully in the neighbourhood, settle down in the middle of the road, take up pavement space, and worst of all, leave heaps of dung all over the place. Then there are people who feed these cows. This would be fine if the pile of leftover food that the cows do not deign to eat was not left on the street. When I approached a woman feeding a cow about the mess, she told me that if I had a problem with the filth, it was my responsibility to clean it up. What kind of attitude is this? Civic authorities should look into this matter and find out where the cows are coming from and ensure that they are restricted to designated sheds.