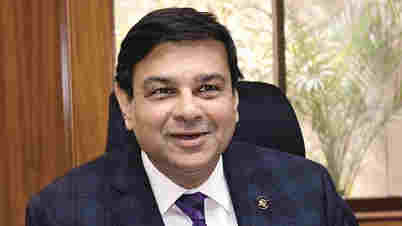 Urjit Patel’s virtual dismissal and Viral Acharya’s resignation from the Reserve Bank of India are old news. Its capture by the Delhi government is extreme even by Indian standards; but no word of explanation came from North Block. Now, both have given their own accounts.

Of the two, Patel’s Overdraft is more scholarly and impenetrable. Let me try and explain what it says. It is common for Indian businessmen to borrow from banks and then default on repayment and interest. Suing them to recover the money takes years; so banks routinely take security in the form of mortgage on the borrower’s assets, which they can get hold of and sell if the borrower reneges. That does not help them much; the borrower usually goes to court, and the bank cannot realize the security while the case travels up through the courts.

The government has made laws from time to time to help banks collect bad debts. Manmohan Singh initiated The Recovery of Debts Due to Banks and Financial Institutions Act in 1993; 33 debt recovery tribunals were set up under it. They were supposed to decide a case within six months, but they took four years on an average. Then the defaulter would appeal against their judgment to one of the five debt recovery appellate tribunals, where he could count on delays of some more years. Then came the high courts, which could be persuaded to intervene although the Supreme Court had told them not to. So the RDBFI Act proved pretty useless to banks.

The Securitization and Reconstruction of Financial Assets and Enforcement of Security Interest Act was passed in 2002 to enable banks to collect debts without recourse to courts. They could take over assets pledged as security by borrowers and recover their loans by selling them. But that too led defaulters to go to court against banks; it made little difference to the length of the legal process. So in 2016, Arun Jaitley introduced the Insolvency and Bankruptcy Code, which provides for liquidation of a business that cannot service its debts, provided its creditors can act together. It aims to create an entire industry specializing in liquidating businesses that cannot repay their debts. Their creditors can approach a new Insolvency and Bankruptcy Board of India, which would register and regulate insolvency-professional agencies. They would take over a defaulting business and either revive it or liquidate it and distribute its net assets amongst creditors. The industry is still to emerge.

Banks’ bad debts are one theme; Patel’s other theme is the way government forces the banks it owns to buy its debt and finance its fiscal deficit. As a result, bank money which should have financed productive private investment and contributed to economic growth is wasted in government consumption; Patel calls this banking sector fiscalization. Banks recover some of their losses on bad debts by charging good borrowers higher interest; this raises the cost of investments.

On banks’ bad debts, the RBI followed what Patel calls the “9R” strategy: Recognize the bad debts; make a Record of them; start Reporting any changes in them; Recover them; Resolve (liquidate) the businesses that cannot repay their debts; Reinforce the regulation; Recapitalize the banks whose capital had been wiped out by bad debts; Reset the controls and Ring-fence the banks that could not make provisions against bad debts; and Reform — introduce controls that would prevent the recurrence of bad debts. Jaitley went along with the strategy. He got the Insolvency and Bankruptcy Code through Parliament in 2016; and Patel and he agreed that it should be the principal way of resolving the bad debts — namely, liquidate or sell off borrowers who could not repay, pay off their creditors, including banks, and write off any resulting losses.

Then, the RBI issued a notification on February 12, 2019. It said that if banks could agree with their borrowers on a plan to resolve the debt, it had to be implemented within six months; and if no agreement had been reached, the borrower had to be liquidated under the Insolvency and Bankruptcy Code. After that, the finance minister got cold feet; he started talking about relaxing or postponing the action for particular sectors and borrowers. Five banks with high bad debts, which were under Preventive and Corrective Action (that is, were not allowed to give fresh loans), were exempted from its application. The RBI was asked to give more time to borrowers. A press campaign ensued. Rather than succumb to the pressure, Patel resigned in November 2018. Borrowers went to the Supreme Court. The RBI’s advocate dropped out of the case the night before he was to appear before the Supreme Court. In April 2019, the Supreme Court declared the February notification ultra vires. Its judgment is extremely scholarly, referring to cases of no clear relevance from other countries. It ruled that the RBI could not ask any bank to take a borrower into bankruptcy without the command or agreement of the finance ministry; in other words, it disempowered the RBI in the crucial matter of dealing with bad debtors. I read the judgment, but I could make no sense of its reasoning.

Acharya, who teaches in New York, was taken into the RBI as deputy-governor in January 2017. He is a Bombay boy; he stayed with his parents in Vile Parle instead of taking an official bungalow. He quotes one of his school teachers, who said, “My life is just a little matchstick, but it lit all the earthen lamps and inaugurated Diwali (the festival of lights).” As he flew down from New York to Bombay, he decided to concentrate on two things: repairing government banks, and developing financial markets as an alternative to banks. He did not get far on either; why, I have explained above. His book consists mostly of speeches he gave while in the RBI; it is a good introduction to the monetary situation as it developed in his two and a half years in India. He looks around the world and has broad interests; he educates, and often surprises. This is how he describes a central bank’s function in his book, Quest for Restoring Financial Stability in India: “A central bank can take the same stance as that of Rahul Dravid — first and foremost, protect the wicket, know where the off-stump is, leave the tempting balls outside the wicket, wait for the rank-bad ball to hit a cover drive or a pull rather than swing for fences on the first ball, especially on tricky wickets or in difficult weather conditions, and overall play the game of endurance, not of excitement — try to win the test match, not just a T20!”

He would have made a good governor. That will not happen; the government will find its own homegrown henchmen, who would help it borrow and spend at our expense. Our material fate does not look bright. But we can cheer ourselves up in the meanwhile by reading people like Acharya. Let us hope he sticks to writing and speaking for our entertainment, and does not get dragged into rescuing India. Not everyone can have a well-run economy to live and thrive in; but we can generally find a good economist to read.