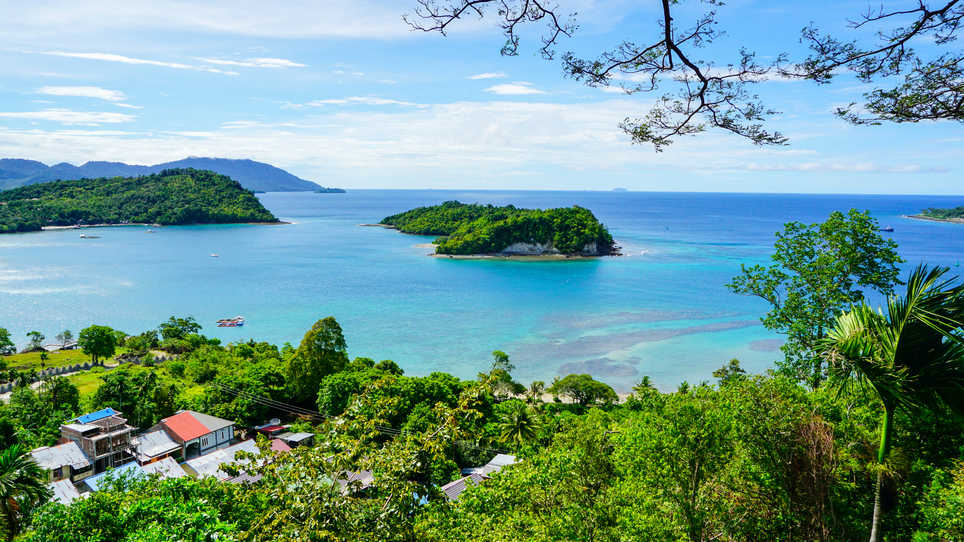 Much to China’s irritation, Indonesia has granted India economic and military access to the strategic island of Sabang at the northern tip of Sumatra to undertake port-related infrastructure under SAGAR.
Shutterstock
Aparajita Biswas   |   Published 05.11.20, 01:10 AM

The geopolitical importance of the Western Indian Ocean rests on its connectivity with North America, Europe and Asia. In recent years, the discovery of oil and gas blocks has attracted global players to the region. For India, the region assumes special significance, considering 95 per cent of its oil and trade flows through it. Its marine resources also help achieve food security. Any disruption of the sea-lanes would have serious consequences for the Indian economy. Historically, the stretch has been viewed as India’s backyard. Many in the Indian navy believe that it is destined to become the predominant maritime security provider, stretching from the Bab-el-Mandeb to the Malacca Strait and beyond.

At present, India’s concern is the growing naval presence of China in the Western Indian Ocean, a direct challenge to the region’s status quo and India’s sphere of influence. Since the Belt and Road Initiative became central to China’s foreign policy, Beijing has increasingly viewed the Indian Ocean region as fundamental to its regional security and regards India to be its principal Asian rival. It is strengthening its relationships with the East African littoral and island states with its naval presence in the region. The foundation of these relationships rests on massive economic investments in these states and attempts to influence the policies of their governments.

For instance, China has identified Kenya as a key maritime pivot and engaged with the latter as well as its neighbours with projects such as ports, roads, railway and pipelines. This has generated goodwill and increased China’s influence. In 2017, China dispatched the People’s Liberation Army to build its first overseas naval base in Djibouti, signalling a turning point in the expansion of the PLA’s operations in the Indian Ocean region and beyond. China argues that it is not a military base and that it has been set up for a humanitarian-peacekeeping mission. But that is not how India views it. Taking into account the strategic position of Djibouti in the Indian Ocean region, Indian experts interpret the setting up of the base as another military alliance to encircle India.

Besides Djibouti, China is wooing Mauritius and the Seychelles. So far, India has dominated the economic and political milieu of Mauritius as the Indian diaspora constitutes 68 per cent of Mauritius’s population. Despite India’s strong relations and powerful historical ties, China has been able to penetrate Mauritius with massive financial support to fulfil ‘Vision 2030’, a project that aims to place Mauritius among the league of high-income countries by 2030. In return, Prime Minister Pravind K. Jugnauth welcomed China’s BRI in his country and offered support to the ‘One China’ policy.

To curb China’s aspirations in the Indian Ocean region and secure its own trade routes, India has developed or revived several forms of bilateral and multilateral cooperation platforms with the Indian Ocean coastal states. From 2010, in conjunction with an expansion of India’s naval capabilities, there has been a significant extension of New Delhi’s maritime security relationships throughout this region. Much of the emphasis has been on developing relationships with small states at or near the key entry points to the Western Indian Ocean such as Mauritius, the Seychelles and Oman. Some of these states have long seen India as a benign security provider and have maritime policing needs that New Delhi can fulfil. India established its first overseas surveillance facility in Madagascar as it was deemed important to guard against the threat from terrorists from East Africa as well as to counter the growing Chinese influence. India is also looking at developing another monitoring facility at an atoll it has leased from Mauritius to strengthen its naval contacts with Mozambique and the Seychelles. Additionally, the Indian government has been promoting the ‘Security and Growth for All in the Region’ concept since 2015 — a counter-move against China designed to revive India’s ancient trade routes and cultural linkages around the Indian Ocean. This represents a logical shift in India’s foreign policy towards coastal East African and littoral states and offers an alternative vision to China’s Maritime Silk Road. Much to China’s irritation, Indonesia has granted India economic and military access to the strategic island of Sabang at the northern tip of Sumatra to undertake port-related infrastructure under SAGAR. Sabang is close to the north-western entry point of the Malacca Straits through which passes almost 40 per cent of India’s trade.

To secure a greater foothold in the Indian Ocean, New Delhi also signed a defence agreement with France, the biggest Indian Ocean maritime power. The logistics agreement with France will give India access to the strategically important French bases in Djibouti in the Horn of Africa and Reunion Islands near Madagascar. Similar agreements have been signed with Japan and the United States of America that will help India receive access services in Japan’s overseas base in Djibouti as well in Diego Garcia, the biggest American base in the Western Indian Ocean region.

India’s ties with China are at a crossroads. The Western Indian Ocean region has the potential to become the new hotbed of a power struggle between the world’s two most populous nations.