The Union budget is an extended piece of fiction 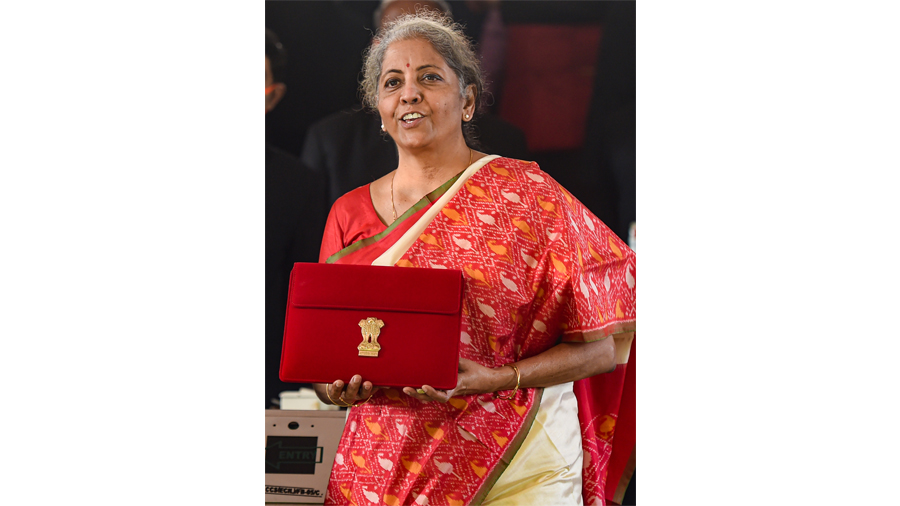 There is one central message of the Narendra Modi government to the people of India from Budget 2021-22: you will have to be ‘atmanirbhar’ because you’re on your own. The Central government does not have your back. In the midst of the worst health and economic crisis the country has faced since Independence, it will not protect you. It will not spend more to enable food security and employment security, even though its own laws promise that. It will not provide sufficient resources to state governments for them to meet their obligations on health, education and all other essential services that affect your lives. It will not ensure your rights and dignity vis-à-vis large private players whose power will grow.

But it will tell you that it is doing all these things through repeated chest-beating about its own successes and smoke-and-mirror exercises with numbers that obscure the reality. And it will hope that public memory is short, so that you will not remember how often and how frequently it has short-changed you, fed you lies and misled you. And it will expect that you will get swayed by the next piece of propaganda that it chooses to highlight, as you have fallen for this so many times already.

There is another unfortunate message from this year’s budget and, again, it is one that should have been evident for a while: the budget documents constitute an extended piece of fiction. Forget the budget speech, which, after all, has always been a vehicle for the government of the day to present itself in the best light possible. That’s to be expected and people have learnt to take that into account. Rather, it’s the numbers in the budget that are made up and, increasingly, bear little relation to the reality. This is a bigger concern, because the finance bill is the big bill that Parliament has to pass to allow the Central government to function every year. Yet, for several years now, the numbers that are presented, debated, and then legislated have not been the true numbers.

How can that be, you will ask? The government may get it wrong about future revenue and spending plans, and that’s only to be expected because no one can know the future and the unforeseen events (like the pandemic) that could affect those. But surely the numbers for the past year are accurate and should be accepted as such? Sadly, that is not the case either. There is the fact the government seeks to shove many items of expenditure ‘off-Budget’ so that it can keep its declared fiscal deficit within what it sees as acceptable bounds. But also some part of the previous year’s numbers cannot be known because they have not yet occurred. ‘Revised estimates’ for the current year, which are supposed to reflect what the government actually received and spent, have always been based on projection for the final two months of the year.

But ever since the presentation of the Union budget got shifted forward to the beginning of February (for reasons that are still not sufficiently clear), matters got worse: the actual receipts and expenditure data are available only for the first nine months of the financial year. That means a full quarter’s information is simply not known and, so, the government can really put in any values to suit its own purposes. The Modi government has been particularly adept at using this strategy so that the final numbers for the year look very different from what the budget claims.

So here is an important warning to all journalists, commentators and others who will pore over the details of the revised estimates of receipts and spending for 2020-21 and debate the choices made in the budgetary allocations for the coming year: don’t waste your time. These are not the true numbers of either current reality or future intent. Of course, what that means for the parliamentary process of approval of the numbers with all seriousness is another matter.

Let’s just take the overall numbers for the current fiscal year (2020-21). Total receipts of the government in the revised estimates (minus borrowing) are shown as Rs 16,01,650 crore. But the official account of the Controller General of Accounts shows that total receipts until the end of December 2020 were only Rs 11,21,678 crore. Are we to believe that an additional Rs 4,79,972 crore (fully 42 per cent of the revised estimate) will suddenly materialize in the final three months? What exactly are the government’s plans to make this happen — and shouldn’t it tell us about them?

Similarly, the revised estimates claim that total spending for the current year will be Rs 34,50,305 crore. But once again, the government’s very own accountant tells us that until December 2020 only Rs 22,80,147 crore had been spent. So anotherRs 11,70,158 crore — 34 per cent of the budget estimate — will supposedly be spent in the final quarter of the year.

So what exactly are we to make of these numbers? Obviously the final (‘Actual’) numbers are going to be different and, probably, significantly lower than those presented. It is clear that ‘Budget Estimates’ do not get translated into ‘Revised Estimates’ and those Revised Estimates, in turn, do not get reflected in the true ‘Actuals’. In all these discussions on the budget, we are beating our heads over false numbers.

Nevertheless, we cannot ignore these numbers altogether, because they do give an indication of the government’s intent on macroeconomic stance and on other economic policies. This suggests several things, all of them of great concern for ordinary citizens.

First, the government is in denial about the extent of the livelihoods crisis facing the bulk of the population, and does not intend to take any special measures to resolve it. Instead, it’s going to be business as usual, pretending as if the crisis is over, and those without jobs or dealing with falling wage incomes would simply have to fend for themselves.

Second, the fiscal conservatism of the government will continue. It will be obsessed with reining in the fiscal deficit through a combination of less spending, subterfuge in the accounts and denying state governments and public sector enterprises what it owes them.

Third, the neoliberal thrust of economic policy will also continue: the focus will continue to be on providing even greater incentives for large corporates, selling off profitable State assets, deregulating as many markets as possible regardless of human rights and environmental concerns.

Finally, despite the stated celebration of “health and wellness”, there’s no significant increase in health spending, which will still be hugely underfunded. The apparent increase is part of the Modi government’s usual bag of tricks: it does not really increase budgetary outlays directly, but simply includes much already committed spending and clubs it together to generate what looks like a large amount.

Of course, governments get away with strategies like this because we let them. Here, the media, economic commentators and representatives of corporate businesses, who are routinely trotted out to sing paeans to the budget every year, are also culpable. They choose to ignore the obvious points just mentioned here; they pretend that the statements in the budget speech must be taken at face value; and they passively accept as true the numbers presented in the budget. As long as that continues, don’t expect any accountability.

The author is a professor of Economics at the University of Massachusetts, Amherst