Advertisement
Home / Opinion / Tree planting is good, but only if done mindfully

Tree planting is good, but only if done mindfully 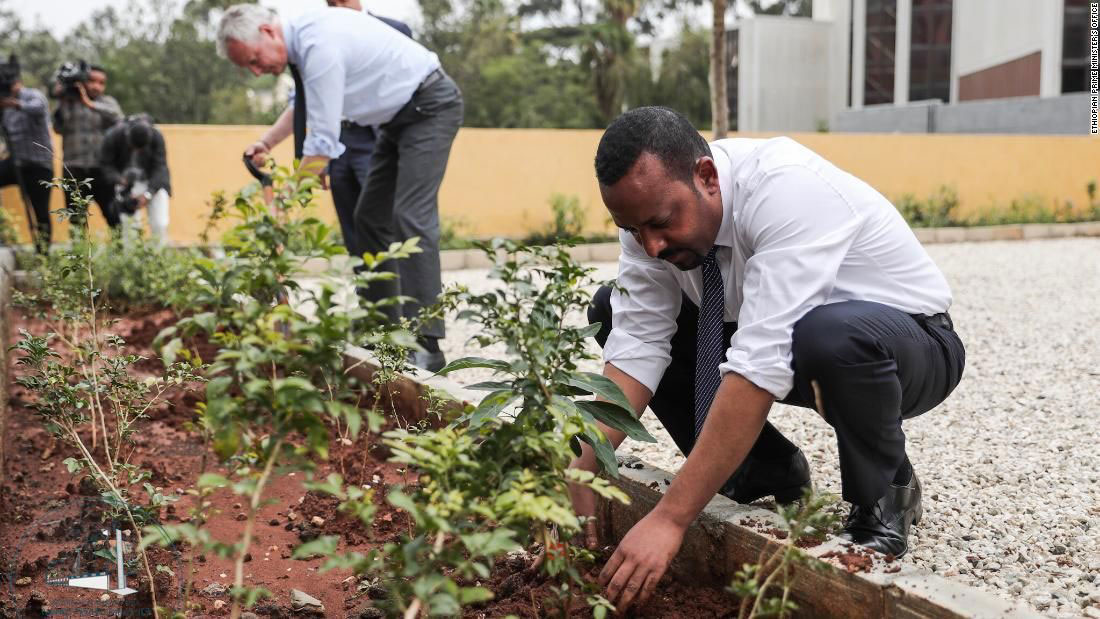 A tree planting drive in Ethiopia, part of a national ‘green legacy’ initiative, encouraged every citizen to plant at least 40 seedlings
(Picture: @unfoundation on Twitter)
The Telegraph   |   Published 06.08.19, 12:42 PM

Sir — Last week, Ethiopia claimed to have planted 350 million trees in a day, breaking the world record of 50 million held by India since 2016. The planting was part of a national ‘green legacy’ initiative, encouraging every citizen to plant at least 40 seedlings. Although the effort at battling climate change and deforestation is to be appreciated, planting trees in large numbers without tailoring them to the needs of the ecosystem might have the opposite effect. Introducing non-native plants can damage the ecological balance. Mass-planting initiatives must thus be mindful of and attuned to the needs of the region.

Sir — The repercussions suffered by the survivor of the Unnao gang rape and kidnapping incident after she accused Kuldeep Sengar — then a legislator from the Bharatiya Janata Party — for assaulting her are chilling (“Unnao victim hurt in deadly collision”, July 29). The administration dragged its feet with regard to investigating the crime right from the start. It was only after the survivor and her family attempted self-immolation outside the residence of the Uttar Pradesh chief minister and her father died in police custody after being beaten up by Sengar’s brother and his men, that a case was registered against Sengar.

Now, a deadly accident, in which a truck rammed into the car the survivor was travelling in, has critically injured the survivor and her lawyer, and has led to the death of two of her aunts. This episode reveals how ordinary people are denied basic rights by powerful people and a biased administration.

It is shameful that perpetrators can walk scot-free if they have the right connections. The chain of events at Unnao reveals the hollowness of India’s democracy. The falsehood of the ‘Beti Bachao’ campaign also stands exposed.

Sir — The Unnao rape incident has shattered the fabric of democracy in our country. The survivor and her family have been put through a shocking ordeal. This shows how easily the powerful can thwart punishment in spite of committing heinous crimes.

Would it be unreasonable to be suspicious about the timing of the accident that took place on July 28? The licence plate of the truck that rammed into the car carrying the survivor was conveniently blacked out. The security personnel assigned to the woman were absent as well. Why did this glaring lapse on the part of the police occur?

Sir — The manner in which the Yogi Adityanath-led government in Uttar Pradesh handled the Unnao gang rape case is outrageous. Questions have been raised about whether the truck-car collision was an accident or a planned attack to eliminate the survivor and those associated with her. Certain factors, including the absence of the security personnel assigned to the survivor and the smudging out of the truck’s registration plate, have only strengthened suspicions. At this point, the Supreme Court’s monitoring of the investigation is urgently needed.

Sir — The recent announcement by the Andhra Pradesh government — directed at existing as well as upcoming industries — for mandatory reservation of 75 per cent jobs for local people is a gross violation of ethics, reason and fundamental rights. It is discriminatory and against the principle of fair employment. This policy violates the 50 per cent cap set by the Supreme Court, and will encourage provincialism.

Rather than improving employment figures, this populist move will have detrimental effects on industries and future investment. The forceful imposition of reservations is not a solution to unemployment. The state should improve infrastructure, and provide education and training to local people to increase their eligibility for such jobs. The loss of Hyderabad and a sizeable part of the industrial belt as a result of bifurcation should not act as a deterrent but as motivation to improve employment in the state.

Sir — The Andhra Pradesh chief minister, Y.S. Jaganmohan Reddy, apparently felt that reservation of jobs will placate the youth of the state (“Populist pie”, July 29). The Andhra Pradesh Employment of Local Candidates in Industries/ Factories Act, 2019 will ultimately hurt the state and its people. The freedom to appoint workers with the requisite skills is important for industrial development. This move could restrict investment in the state. It will also set a wrong precedent.

Established on August 1, 1920, East Bengal has crores of ardent followers. As one of them, it is wonderful to observe the occasion being celebrated not just by the club authorities but also hundreds of football lovers.
The Telegraph file picture

Sir — The iconic East Bengal football club started its centenary celebrations this year. Established on August 1, 1920, the club has crores of ardent followers. As one of them, it is wonderful to observe the occasion being celebrated not just by the club authorities but also hundreds of football lovers. Newspapers, television channels and radio stations have also covered the celebrations. The extent of love suggests that the centenary might be a big theme during Durga Puja this year.