Towards a deeper partnership 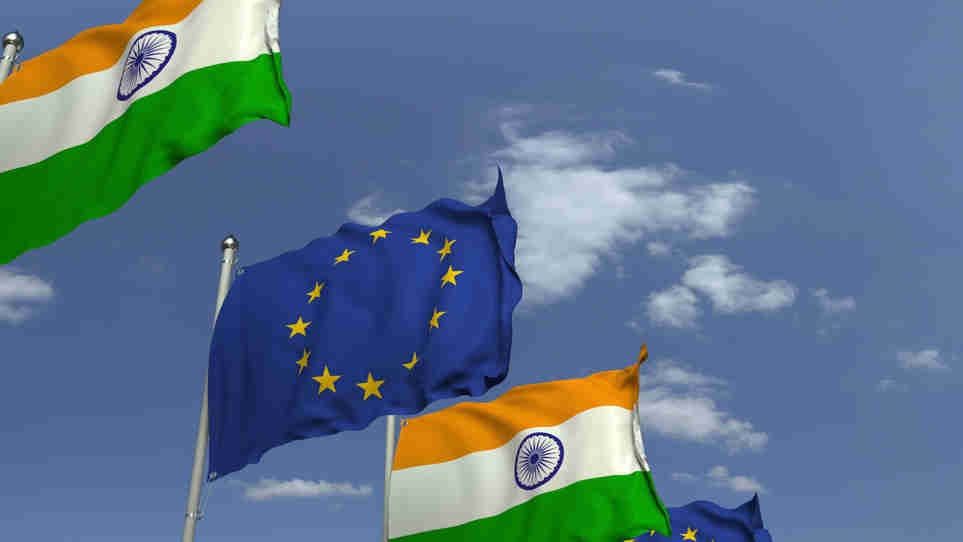 After a gap of eight years, India and the European Union agreed to resume negotiations on the Bilateral Trade and Investment Agreement at the India-EU leaders’ meeting in May. Despite being described as ‘natural partners’ owing to their vibrant democracies, India and the EU have found it difficult to reach an agreement on issues such as market access, climate change and multilateralism in the past, and India-EU trade talks lost steam around 2009. Both India and the EU have articulated the need for a rules-based global order, and the Covid-19 crisis provides a common ground to forge a meaningful partnership. At a time when most economies are keen to diversify supply chain linkages, the India-EU trade dialogue assumes new significance.

While China continues to be a major trading partner for the EU, the latter wants other partners. Trade and investment flows between India and the EU have been growing even without a free trade agreement. In the past decade, goods trade between India and the EU increased by 72 per cent and foreign investment inflows to India from the EU more than doubled. As of 2020, the EU is India’s third-largest trading partner and the second-largest destination for Indian exports. But India accounted for only 1.8 per cent of the EU’s total trade, suggesting room for growth. India’s sizeable middle class, in turn, offers a large market for the EU.

Will the India-EU FTA negotiations be successful this time? Countries enter into trade agreements not only for economic gains but also to pursue foreign policy goals. The success of trade negotiations between nations often depends on the convergence of strategic considerations of the parties involved. In the past, misplaced perceptions and differing strategic contexts have caused bottlenecks in India-EU relations. India is sensitive about its sovereign decision-making space and calls for strategic autonomy in foreign policy-making. It is mindful of advancing and defending its core interests through multilateral engagement, especially while negotiating on issues such as trade, investments and climate change.

Disagreements on trade-related issues, such as tariff reductions, the extent of market access in various sectors and services liberalization, intellectual property rights and public procurement policies, have been conspicuous. From the EU’s point of view, India has been unwilling to provide market access in the dairy and automotive sector. India, on the other hand, perceives the EU to be reluctant in providing access to the services market. Moreover, the EU’s insistence on the inclusion of labour and environment standards in its trade agreements appeared to be a non-tariff barrier for India.

The disconnect between India and the EU on the issues of climate change was evident on many occasions. In the 2009 Copenhagen climate-change negotiations, India’s stance — to focus on per capita emissions rather than on emissions in absolute terms — was against the EU’s standpoint of fixing binding emission reduction targets. This followed from India’s perception that consenting to the EU’s standards of climate change action would thwart India’s industrialization. The discordance between India and the EU became more stark in the subsequent negotiations of the Copenhagen Accord as India chose to join hands with Brazil, South Africa, China and the United States of America instead of the EU. The EU has, however, shown interest in adaptation strategies of late, and India has expressed its commitment to climate change mitigation. Both sides have now begun focusing on deliverables, with India-EU spearheading cooperation on clean energy, climate change, clean technology and sustainable infrastructure since the EU-India summit in 2016.

The larger geopolitical developments against the backdrop of the pandemic are likely to pave the way for strengthening the partnership. Covid-19 exposed vulnerabilities arising out of the interconnectedness of global supply chains, risks of protectionism, contested global leadership and dwindling faith in multilateral institutions. India and the EU can leverage their strategic autonomy and coordinate in addressing the crisis of multilateralism and revamping multilateral systems, managing pandemic-induced shocks, and addressing export restrictions and other TRIPS-related issues. China’s expanding global footprint in the Indo-pacific region provides yet another context for New Delhi and Brussels to collaborate. Although the EU-China economic ties remain strong, the EU needs like-minded partners to balance China’s strategic ambitions. Ever since it pulled out of the Regional Comprehensive Economic Partnership, India has been keen to sign FTAs with the West. In doing so, India wants to signal that it is open to FTAs and the free movement of trade and investment flows.

Nevertheless, challenges remain. First, India’s tariff rates have increased since the last negotiation of BITA, 2007. Second, India’s exports in the European market face stiff competition from the Asean economies, specifically from Vietnam as the EU-Vietnam FTA has already been concluded. Third, despite an increase in services trade between India and the EU, India is likely to face difficulty in negotiating cross-border trade of services and the easy movement of professionals. This is aggravated by non-synchronization of rules pertaining to work permits, visa, professional qualifications and so on across the EU nations.

As a way forward, India should learn from the mistakes made during RCEP negotiations. A thorough analysis of sectoral competitiveness in the EU market and ways to channelize imports in export-production is imperative before going to the negotiating table. Most importantly, unlike in the RCEP negotiation, industry representatives should be made active participants in the India-EU trade negotiations, thus ensuring better utilization of FTA. Finally, the EU-India FTA, being comprehensive in nature, may be a long-drawn process. Therefore, a sustained dialogue and cooperation between India-EU is paramount in the pursuit of a meaningful FTA.