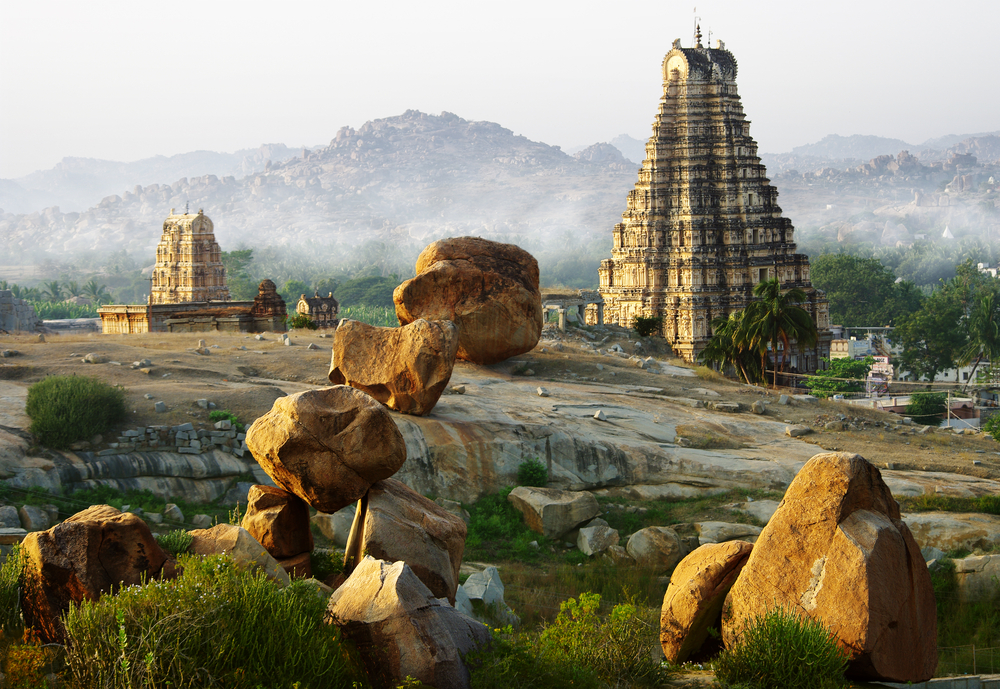 The ruins of the Vijayanagara empire in Hampi, Karnataka. The quality of service offered to travellers — such as accommodation and transportation — at popular sites in Delhi, Agra, Rajasthan, Goa and Kerala far outstrip the facilities available in centres considered less ‘important'
(Shutterstock)
The Editorial Board   |   Published 18.09.19, 07:36 PM

There are benefits to attracting attention for the right reasons. This was evident recently in India’s jump to the 34th position on the global tourism index from a rank of 40 in the year 2017. An ascent of six places is significant because India is now the only lower-middle income country to have found a place in the top 35 tourist destinations. In 2018, tourism reportedly contributed to a tenth of the nation’s gross domestic product and accounted for about 42 million jobs; now, with the rankings on the Travel and Tourism Competitiveness Report 2019, the tourism sector might bring in even more revenue. However, progress, or the perception of it, must not be treated as grounds for complacency. Further investigations usually reveal ample room for improvement; India’s record on tourism is no different.

While India has been appreciated by tourists for its cultural heritage and for providing ‘value for money’, it still has to fare much better on some other counts. One of these is tourist service infrastructure. The resources for developing infrastructure in different parts of the nation are not distributed equally. Thus, the quality of service offered to travellers — such as accommodation and transportation — at popular sites in Delhi, Agra, Rajasthan, Goa and Kerala far outstrip the facilities available in centres considered less ‘important’. Limited road and air connectivity has also restricted the tourist inflow into places such as India’s Northeast. These factors have caused an imbalance in revenue generation and resulted in missed opportunities to develop local economies. The latter cannot be achieved if certain tourism sectors continue to be prioritized to the detriment of others. (The Indian Railways’ Ramayana Circuit tours will be reintroduced this year.) Most serious, however, is India’s dismal performance on the safety scale: from a position of 114 in 2017, it has fallen to 122 this year. This is not without reason; there have been numerous reports of attacks on tourists and the sexual assault of women travellers from Israel, Germany, Poland, Britain, Russia and Denmark. The changing trends of global tourism and the growing number of solitary travellers — many of them women — can open up a sector with great potential for India to tap into. But how will that be possible if visitors do not feel safe? The security of women has rarely been a priority for successive governments; can economic considerations, at least, cause the present dispensation at the Centre to take it seriously?

Tourists flock to Meghalaya, Scotland of the East

Elephant sanctuary to have zip line, thanks to centre’s Swadesh Darshan