Elections, one of the hallmarks of democracy, have often been reduced to a turf war, especially in Bengal’s villages 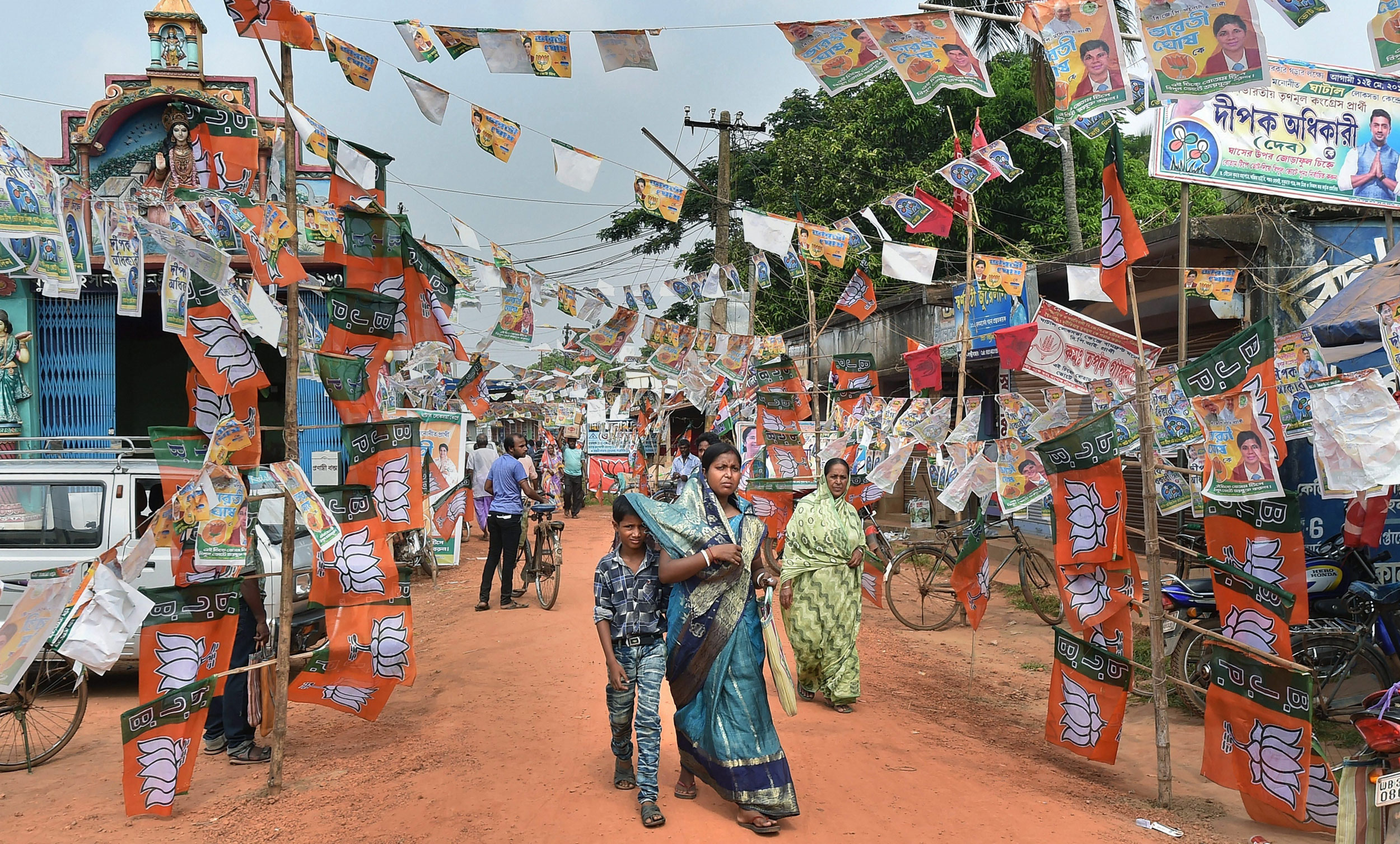 Flags and banners of political parties near a polling station during the sixth phase of the Lok Sabha polls, in West Midnapore, West Bengal, on May 12, 2019. The health of the democracy has seldom been a foremost concern for those who are responsible for its flowering.
(PTI Photo)
The Editorial Board   |     |   Published 14.05.19, 03:47 AM

Some legacies are durable. The legacy of violence during elections in Bengal will count as one such. Several sporadic incidents of violence were reported from areas spanning the districts of East and West Midnapore, Bankura, Bishnupur and Purulia as Bengal voted during the sixth and penultimate phase of the general elections. The ruling Trinamul Congress and its principal challenger, the Bharatiya Janata Party, have — predictably — pointed accusing fingers at each other. What makes the bloodshed — journalists did not escape the fury — even more embarrassing for the powers-that-be is that the Election Commission had made elaborate arrangements to ensure that the polls take place peacefully. The deployment of Central forces in 15,428 booths, however, could not prevent the perpetration of brutalities.

The blame must lie with the leaders of both parties who have, in nearly every poll, kept the pot simmering with threats, insults and inflammatory remarks. The BJP candidate from Ghatal had threatened to unleash goons from Uttar Pradesh upon her opponents; the chief minister, not to be left behind in the war of words, has responded by accusing supporters of the Rashtriya Swayamsevak Sangh of dressing up as security men and firing upon people. In a way, the contenders are simply upholding a shameful tradition. Elections, one of the hallmarks of democracy, have often been reduced to a turf war, especially in Bengal’s villages. The Left, which was in power for over three decades, perfected intimidation as a political weapon. The TMC and its saffron challengers have no reservations about continuing with the policy even though violence in any form is inimical to the health of a democracy. Preventing citizens from voting for their preferred party erodes the principle of choice integral to the idea of a functioning democracy. But the health of the democracy has seldom been a foremost concern for those who are responsible for its flowering.