The world’s most widely trafficked animal 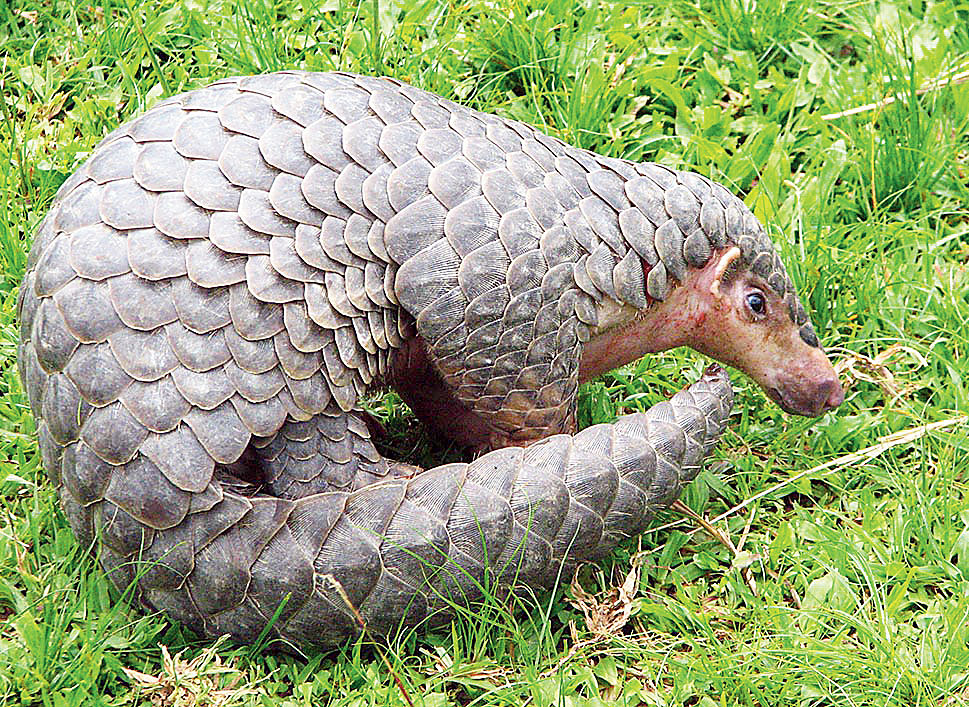 The pangolin is a shy, harmless mammal hunted for its meat and scales, with the latter mainly being used in traditional Chinese medicine although no scientific research proves that they have medicinal value.
Telegraph file picture
The Telegraph   |   Published 18.09.19, 08:05 PM

Sir — It is bad enough that pangolins are the world’s most widely trafficked animals. It is even more distressing that West Bengal seems to be emerging as an important smuggling route. The state accounts for four per cent of the total seizures of these creatures and their scales. This dubious distinction ought to make us hang our heads in shame. The pangolin is a shy, harmless mammal hunted for its meat and scales, with the latter mainly being used in traditional Chinese medicine although no scientific research proves that they have medicinal value. China is notorious for its disregard for animal rights; does Bengal want a similar reputation?

Sir — We, teachers and members of the academic community from across universities, are shocked to know of the illegal raid at the residence of Hany Babu, Associate Professor in the Department of English, University of Delhi, on the morning of September 10, 2019. While the horrifying overreach of a search conducted without a warrant has become routine harassment for dissenting citizens, the attempt made by the Pune Police to forcefully detain Babu’s family for six hours and deprive them of any communication with lawyers or friends amounts to extreme duress. Finally, forcing Babu to change passwords and forfeit access to his email account and other personal online media clearly make way for a possible planting of evidence, to concoct a case against an assumed ‘suspect’.

Hany Babu is a greatly respected scholar and teacher who has been associated with democratic struggles both at the university and outside. Needless to say, his active investment in the cause of social justice — through academic writing and persistent litigation — proves his deep faith in constitutional law, and stands in ironic contrast to the actions of law-enforcement agencies like the Pune Police. That the State and the political order of the day will see a threat in Babu’s consistent recourse to judicial redress over a range of issues is not surprising. What baffles us instead is the confiscation of books and technological gadgets, containing a lifetime of his research, as identifiable sources of Babu’s crime. The fact that legally obtained and publicly available documents may be imagined by the State as containing traces of one’s culpability is worse than declared attempts at censorship. It effectively means that any text may now become a pretext for the State to snoop into and invade our homes, our bookshelves, our lives and our families. Is the act of reading itself proscribed in what is numerically the world’s largest democracy? The raids and arrests made in connection with the Bhima-Koregaon case as well as the verdict against G.N. Saibaba and others, both of which are relevant in the context of Babu’s house-search, convince us of how knowledge has come to be deemed as crime against the State.

As teachers and scholars, we are dependent on the diversely rich resources that our institutional and personal libraries stock. It would be an ignominious disservice to our students if readings, discussions and the free flow of ideas were stifled in our classrooms for fear of their being frowned upon by the government of the day. Also, if the law of the State cannot guarantee our rights to our intellectual resources — often garnered over the course of years of rigorous research — our future generations will be left with mere election manifestos for knowledge. The raid at Babu’s residence, we understand, was calculated to produce this chilling effect on the circulation and production of ideas that stand in defiance to the ruling ideology.

We are also aware that the search team raiding Hany Babu’s house included a panch witness, who was flown in from Pune to testify to the about-to-be-confiscated contents at the site. The other panch witness was a security person from the neighbourhood. This is patently illegal, as per the letter of law. Section 100(4) of the Code of Criminal Procedure unambiguously states that the panch witnesses called upon to attend on a search must be “independent and respectable inhabitants of the locality in which the place to be searched is situate[d]”. While the first panch violates the ‘local’ conditionality-clause, there is every reason to believe that an individual pre-commissioned for the task — and from within the jurisdiction of the raiding State police — cannot be “independent” by any means. To imagine that the second panch witness, security personnel from the raided neighbourhood, would, however, maintain ‘independence’ from police influence is to overlook the professional vulnerability of the cadre and its everyday negotiations with a police apparatus.

Taken together, the blatant violations of law committed by the very procedure of the raid make it clear that the purpose was to intimidate a person rather than investigate a crime. In view of the effects that a continued witch-hunt of intellectuals and human rights activists has had on the state of Indian democracy as well as the future of conscientious knowledge production, we appeal to citizens and civil rights organizations to collectively launch a massive nation-wide protest in the cause of justice.

Sir — The former captain of the Indian men’s cricket team, Sourav Ganguly, rightly said that the present skipper, Virat Kohli, is the best batsman in the world right now. However, given the way in which the Australian batsman, Steve Smith, has been playing, Kohli must be consistent in order to stay at the top of his game.