Advertisement
Home / Opinion / The US may declare giraffes endangered, but does it matter?

The US may declare giraffes endangered, but does it matter? 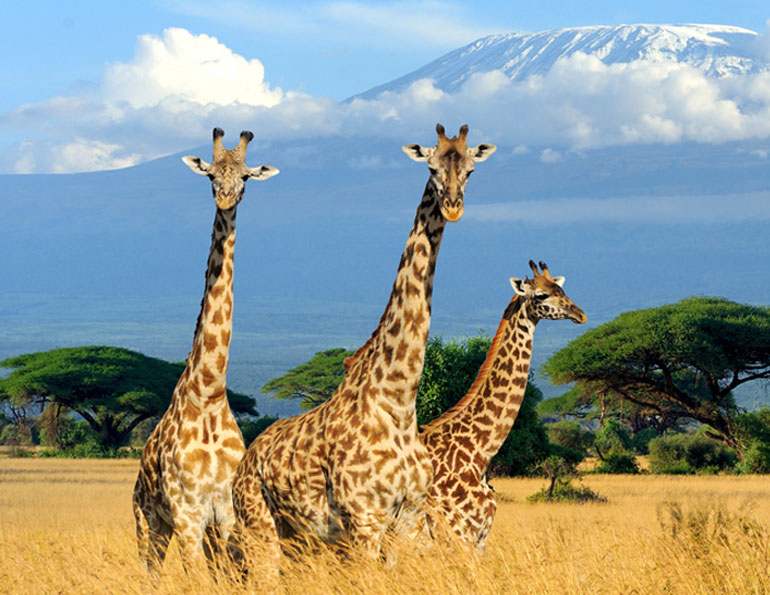 Sir — The United States of America could soon declare giraffes an endangered species. But will that help the cause of these gentle giants, who, scientists believe, are undergoing a silent extinction? Giraffes — native to Africa — are threatened primarily by habitat loss and by armed conflict. The armed rebels in Africa are not bound by American laws. Why would they stop killing giraffes when just one animal can yield some 600 pounds of meat and is an easy source of food? The giraffes are likely to benefit more from peacebuilding, humanitarian relief and economic development of African countries than from unilaterally adopted foreign regulations.

Sir — There is no shame in losing a game, but the manner in which the Chennai Super Kings caved against the Mumbai Indians at Chepauk was distressing. M.S. Dhoni was unable to play on account of a fever. Even though the bowlers were able to restrict the Mumbai Indians to a modest score of 156, the CSK batsmen seemed to be in a hurry to return to the pavilion. Even the highest scorer from the side, Murli Vijay, had a few close shaves before he threw away his wicket for just 38 runs.

In a nutshell, the CSK fans were left crestfallen.

Is it any wonder that the requests from the commentators to cheer for the team evoked tepid responses? The franchise should not rest star players when the team is playing a home game. This is a let-down for the fans who spend thousands to see these players in action.

Sir — While condemning the dastardly terrorist attacks that took place in Sri Lanka, Narendra Modi appealed to voters to cast their ballot for the Bharatiya Janata Party as it would give him the strength to fight terrorism. Yet, at the same time, the BJP has nominated Pragya Singh Thakur, an accused in the 2008 Malegaon blast case, from Bhopal. Modi has gone to the extent of defending her nomination. The support extended by the BJP to Thakur speaks volumes about its dubious stand on terrorism. The people of Bhopal must vote judiciously.

Sir — The apex court recently announced a compensation of Rs 50 lakh for Bilkis Bano, who was gang-raped during the 2002 Gujarat riots. The judgment sets an excellent precedent. Even though the verdict came 17 years after the incident, it is better late than never (“Vindicated: Bilkis who refused crumbs”, April 24). Bilkis was threatened many times, but she did not give up. This bears testimony to her perseverance and courage.

However, Bilkis’s long battle also exposed a problem with the judiciary: the time taken for justice to be delivered. This should be looked into. At least in extra sensitive cases, like those involving sexual assault, justice should be swift.

Sir — While delivering the verdict in the Bilkis Bano case, the Chief Justice of India, Ranjan Gogoi, observed that “there was no point looking at the past”. But how can one forget that Narendra Modi was the chief minister under whom frenzied lynch mobs were allowed to run amok in Gujarat?

Even though Modi has been given a clean chit by a Supreme Court-appointed special investigation team in 2012, Bilkis’s determination is proof that there are people out there who are still dissatisfied and looking for justice. The apex court, for instance, is about to hear the plea of Zakia Jafri, the widow of Ehsan Jafri, a former member of parliament killed during the Gujarat pogrom. She has challenged the SIT’s verdict with regard to Modi.

Although the apex court verdict offering Rs 50 lakh as compensation, a government job and accommodation must have come as a relief to Bilkis Bano and her family, it must also be mentioned that she had to struggle for a long time to get justice. The bigger worry, though, is whether or not the court’s verdict is executed in time. It is now up to the Supreme Court to ensure that its verdict is carried out as quickly as possible.

Sir — It is generous of Bilkis Bano to say that she was fighting for justice and not revenge. Few people in her position would have been able to think like her. It is unfortunate that the prominent personalities who orchestrated the Gujarat riots have gone scot-free. The riots will remain a blot on the history of India.