Advertisement
Home / Opinion / The time to fight is over: Pak Senate elections

The time to fight is over: Pak Senate elections

The next few months will be interesting for sure, but many hope that instead of trying to get the govt to fall, the Opposition will sit with it and work on reforms 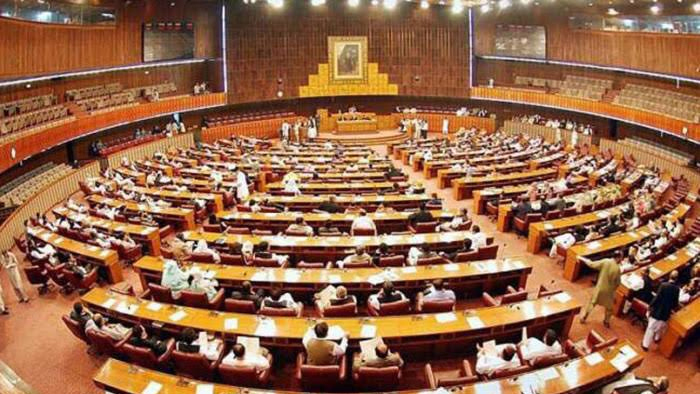 The Senate elections took place in Pakistan earlier this month. As I wrote in these pages last month, the most interesting contest was going to be between the former prime minister, Yusuf Raza Gilani, and the ruling party’s now-former finance minister, Hafeez Sheikh, for a hotly contested seat. All eyes were on this one Senate seat in Islamabad on March 3. Gilani was the Opposition’s joint candidate. He did not have the numbers required to win the seat but he still managed to defeat Sheikh in the end. Gilani secured 169 votes while Sheikh got 164 votes. This surprising defeat created panic in the government ranks. As a result of this defeat, Prime Minister Imran Khan announced that he would take the vote of confidence. On March 6, Khan secured 178 votes; he required 172.

Then came the elections for Senate chairman on March 12. Gilani was once again fielded as the joint Opposition candidate. On the morning of the Senate chairman polls, a comedy of sorts ensued. The Senator from the Pakistan Peoples Party, Mustafa Nawaz Khokhar, and the Senator from the Pakistan Muslim League-Nawaz, Musadik Malik, found hidden cameras in and around the polling booth in the upper House, including a pinhole camera. Fawad Chaudhry from the Pakistan Tehreek-e-Insaf joked with Senator Khokhar on Twitter that these were not spy cameras and shared a picture of a spy camera in a screw. Lo and behold, Senator Khokhar then went looking for it and a spy camera inside a screw was found!

An investigation committee was then formed to look into the matter of hidden cameras. It seemed that the government was not very confident. But when the polling took place, the PTI-backed candidate, Sadiq Sanjrani, who was serving as Senate chairman already, defied the odds and managed to get 48 votes while Gilani got 42 votes. However, the catch was that seven of the votes that were rejected were all polled in favour of Gilani, which — if not rejected — would have made him win by one vote. All seven votes were rejected on the basis of a technicality by the presiding officer who said that the votes were stamped ‘on’ Gilani’s name instead of being stamped in the box ‘against’ his name. The Opposition, however, said the rules required that the stamp should be within the candidate’s name and it does not say where. These were the rules that were also written outside the polling booth in the upper House. But the presiding officer did not listen to these objections and declared Sanjrani the winner. Gilani challenged this decision in the Islamabad High Court but his petition was rejected. He may file another petition in the Supreme Court. From winning his Senate seat to almost winning the Senate chairman elections if those seven votes had been counted in his favour, the former prime minister has shaken the government to the core.

Unfortunately, his win led to a falling out of the Opposition alliance as well later on. The Pakistan Democratic Movement, which had fielded Gilani as its joint candidate, had also decided that the post of Senate chairman would be contested by the PPP’s Gilani, the post of Senate deputy chairman would go to the Jamiat Ulema-e-Islam-Fazl and that of the leader of the Opposition in the Senate would go to the PML-N. When the Senate polls were lost, the PPP raised objections regarding the PML-N candidate, Azam Tarar, as he was representing two police officers accused in the Benazir Bhutto murder case. The PML-N, however, says that Tarar was just an excuse and the PPP wanted the slot for themselves. In the PDM meeting that took place on March 16, the former president, Asif Ali Zardari, asked the former prime minister, Nawaz Sharif, to return to Pakistan and be part of the ‘struggle together’. This led to a heated exchange in the meeting, which was also leaked to the media. The PDM’s long march, which was to take place on March 26, was postponed owing to the differences between the two largest parties in the Opposition alliance.

The main bone of contention was the PML-N’s demand that they all resign from the assemblies while the PPP is against any such decision. The final decision by the PPP in this regard will be taken on April 4. As if embarrassing an ally were not enough, another war of words ensued indirectly between the PPP chairman, Bilawal Bhutto Zardari, and the PML-N leader, Maryam Nawaz. The latter tweeted that the prime minister should be worried as his ‘substitute’ is being fostered, which some say was an obvious dig at the PPP. Not one to be left behind, Bhutto Zardari said that a family from Lahore has had a track record of being ‘selected’ and not the PPP. Another nail in the coffin was when most of the PDM signed in favour of the PML-N’s candidate but Gilani went on to become the Opposition leader in the Senate with the support of Sanjrani’s party, which is a government ally. Gilani was then called ‘selected’ by the PML-N. The PDM’s future now seems to be hanging in balance owing to all these acrobatics. Meanwhile, Khan has removed Sheikh as the finance minister. It seems that the month of March led to setbacks for both the government and the Opposition.

The next few months will be interesting for sure, but many hope that instead of trying to get the government to fall, the Opposition will sit with it and work on reforms — election, accountability and judicial — and much more so as to strengthen the democratic system. Let us see if this could actually materialize.