The slump in the GDP and the pain ahead 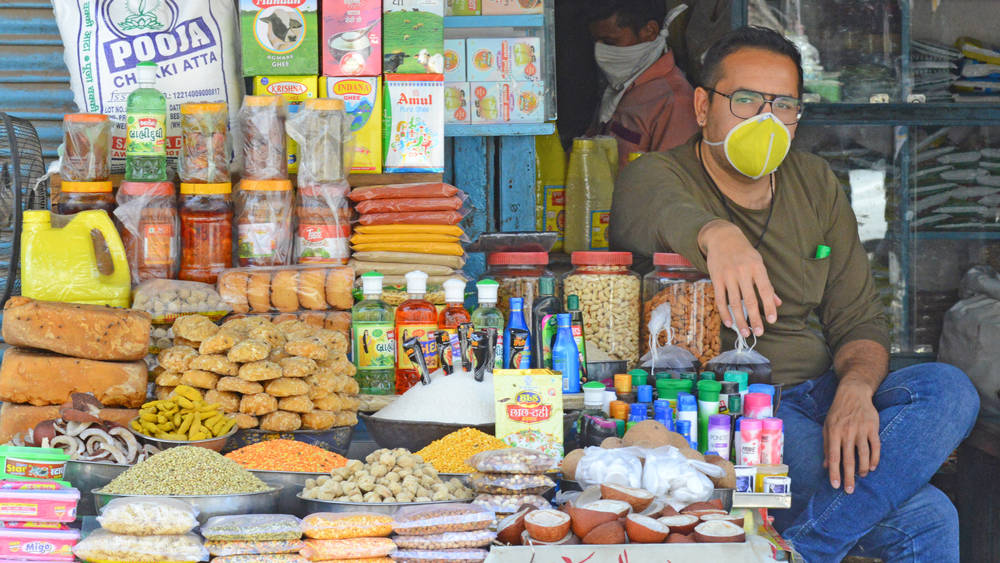 The -23.9 per cent shrinkage in the April-June GDP is not a surprise as nearly half the period witnessed a national lockdown. It’s also not surprising that this loss is the world’s steepest for India’s lockdown was the most stringent and the accompanying fiscal policy response the weakest. But the quarter per cent slump did surprise most analysts who have since rushed to savagely cut India’s annual growth forecast; on average, these have doubled down into the -10 per cent range, a possibility this author anticipated two months ago. Growth probably contracted more severely, although early estimates do not fully capture India’s large informal or unorganized segment whose performance is initially based upon the listed companies’; the -36.2 per cent decline in indirect tax revenues indicates a more severe decline. As we are now nearing the end of next quarter end, it’s useful to combine these numbers with newer information to get a grip on the distributive effects and the road ahead.

Let’s first examine the April-June performance. Production contracted in near-similar magnitudes (40-50 per cent) as restrictions applied everywhere except agriculture where harvesting and procurement continued and the virus hadn’t then spread; construction and services saw somewhat larger declines. A bolt out of the blue is the -10.3 per cent decline in public GDP (public administration, defence and other services) where positive support was expected from sustained government expenditure. This has trained focus upon ‘other services’ (56 per cent share), which include education, health, recreation and numerous personal services; it is a revelation that the plunge here was too steep for the increase in public spending to counter.

The negative income effects are acute. The fall represents a monthly per capita GDP loss of Rs 2,163 in the quarter. The -27 per cent fall in private consumer or household spending in April-June is not just from voluntary and supply-caused restraint but also due to raised unemployment and wage cuts. Corporate performance analyses show that large firms responded to sales and revenue losses in the period through rationalization of costs, including wages; such consolidation could persist ahead until firming demand signals are seen. Damages to households and corporate incomes and balance sheets also vary across sectors and firm sizes. Medium and small firms saw sharper contractions in net sales growth than large ones according to Care Ratings; this trend, too, could maintain as smaller firms are also less financially resilient.

A contagious disease like Covid-19 impacts services more severely because being contact-intensive the sector is more susceptible to consumer risk-aversions. Evolutions beyond April-June support this. For example, manufacturing activities are back faster; the purchasing managers’ index crossed the expansion mark (50) to 52 in August. But services’ contraction persists: the PMI-services was 41.8 last month, though higher than the 17.4 average in April-June. India’s a world laggard here, seeing the sharpest slides and weakest rebounds in April-August; this also reflects its modest fiscal policy response compared to other countries, advanced or emerging ones. Eurozone’s evidence also shows services’ recovery falls back with virus re-eruptions. This does not bode well for services as India’s pandemic curve continues to rise.

Income and employment losses have devolved majorly upon the low-paid, informal, blue and white collared and younger earners according to disparate evidence and employment intensities. The Centre for Monitoring Indian Economy surveys assess that about 21 million salaried jobs have been lost between April-August; in August, urban unemployment was almost in double digits even as informal jobs returned. Services, which constitute 54 per cent of India’s economy, is likely to bear the brunt of unemployment as a respective 59.7 per cent and 63 per cent of urban male and female workers are engaged in ‘trade, hotel and restaurant’, ‘transport, storage and communication’ and ‘other services’ (2018-19). Activities here are unlikely to be restored fully as long as infection risks and fears persist; many of these services are in-person and cannot be teleworked or remotely provided. Then, MSMEs employ about 111 million; agriculture serves as livelihood for nearly half the population with non-farm income support from construction, which employs the unskilled workers.

These negative impulses will keep consumption depressed and below-potential ahead; this also depends critically upon the evolution of infection spread and growth, which show no signs of abatement. A reduced consumption base will also restrain investment that was already stagnant and cannot be easily expected to recover soon from such a shock on top. The worst perhaps is also yet to come as far as people and businesses are concerned because in a stretching pandemic it is not known how many firms will permanently close, how many youth will stay unemployed or for how long would they stay at their parents’ homes, how many disguised unemployed will subsist in agriculture, and how many will slip into poverty. These are permanent destructions that lower potential output or productive base of an economy. Even normal recessions cause permanent losses and this recession is an extraordinary one — caused by a health crisis.

Loss magnitudes are thus expected to be large this year as following the April-June GDP shock outturn, 2020-21 growth is commonly predicted to decline in double-digits. Analysts have attempted to divide their anticipated income losses across households, corporate and government sectors. Credit Suisse, which forecasts GDP at -10 per cent (about Rs 2 trillion), assigns 25 per cent to wage earners, about 15 per cent to the informal firms, 10 per cent to corporate firms, and the rest 50 per cent to be borne by government (lower tax revenues). The rating agency, Ind-Ra, projects a -11.8 per cent GDP decline; the total income loss is apportioned as Rs 6.2 trillion towards wage income and Rs 12.2 trillion to corporate profits. A shrinkage of this proportion means that annual per capita GDP could reduce to Rs 95,803 in year from Rs 108,620 last year (2019-20), taking it back to almost the 2016-17 level (Rs 94,751). Monthly per capita GDP in the event would fall to Rs 7,984 from Rs 9,052 last year, barely more than the monthly average four years ago (Rs 7,896).

What’s the prospect for recovery? Many, including the chief economic adviser, predict a V-shaped recovery in 2021-22. Technically, any rise from a trough will be that but the question is about the strength of the upturn — a gradual rise up or a steep one? It is also about the peak the economy returns to — former or a new, lower one? Consider that just to get back to the 2019-20 level of income, real GDP would have to grow about 14 per cent next year (in 2021-22, upon -11.8 per cent this year). This seems improbable given the scale of reductions in net worths of households, firms, financial intermediaries and the government; each was struggling much before Covid-19 happened, progressively weakening for three years. More so, the financial system and the government; were the former stronger, and if the government had more capacity to overcome some of the slack caused by the weakened households and firms, a quicker restoration would be enabled. The augurs are thus bleak: the path uphill will be a grind compared to the steep fall into the trough. Then too, incomes will not restore to last year’s level. That may take up to two years.